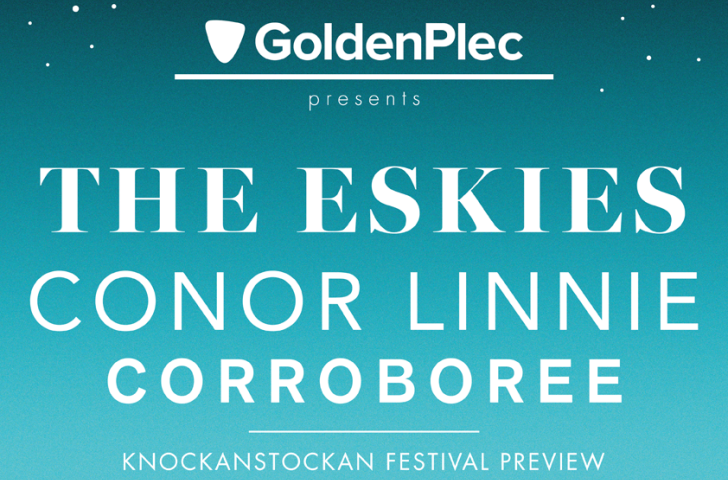 The line-up for the next night in the Goldenplec & Claire Beck presents series on Thursday, June 26th has been announced.

Taking place in the Workman’s Club next Thursday, this month’s Goldenplec & Claire Beck presents will see the night hosted in conjunction with Knockanstockan.

With Goldenplec curating the Fairy Field stage at the annual music festival (which will take place July 25th – 26th at Blessington Lakes in County Wicklow) Knockanstockan has helped to choose the artists performing at June’s Goldenbeck show.

Tickets to Goldenplec & Claire Beck presents the Eskies, Conor Linnie & Corroboree at the Workman’s Club on June 26th are priced at €5. Doors at 8pm.

Click below to watch the Eskies perform ‘Heave Away’ live at Knockanstockan 2013. For next year’s line-up read here.