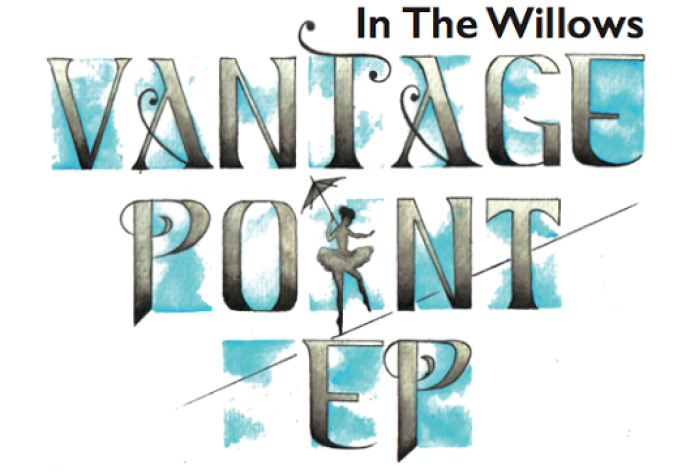 Vantage Point is the latest E.P from Waterford based alternative-folk act In The Willows.

A delicately handled production, the intricate reverberant feel of Vantage Point is captured through nuanced performance and subtle song-writing.

With the howling, scratch of harmonics that form the textural undercurrent of the E.P’s opening track ‘Wake Me If I’m Asleep’, the deep organic tone and atmospheric weight of In The Willow’s sound comes into focus. Building to the a more open spectrum sonically in the song’s later stages, the band allude to the powerful body of sound at their disposal.

A moving tapestry of melodic and harmonic parts permeates throughout Vantage Point as In The Willows weave their traditional and alternative-folk leanings into the record. Songs such as the E.P’s title-track and ‘It’s Over’ provide a glimpse at the group’s ability to meld their pop-sensibilities into the more atmospherically built structure of their music.

However, it is the openness and textural beauty of ‘Sirens’ that delivers the record’s high-water mark. Intertwined with slow-burning melodies that glide upon the ambient backdrop of the recording, the well-placed harmonies and stylish production of the song showcase In The Willows talents more clearly.

A serene, sonically engaging release from In The Willow’s, Vantage Point doesn’t seek to drastically expand on the group’s previous release Long Time Listener but instead works to perfect it ahead of the band’s forthcoming début album. In this context the E.P brings a more cohesive aesthetic to the band’s intimate musical approach, with tracks like ‘Sirens’ showcasing all the promise of the alternative-folk acts talents in preparation for their first full-length release.

Vantage Point from In The Willows is due out on May 28th.