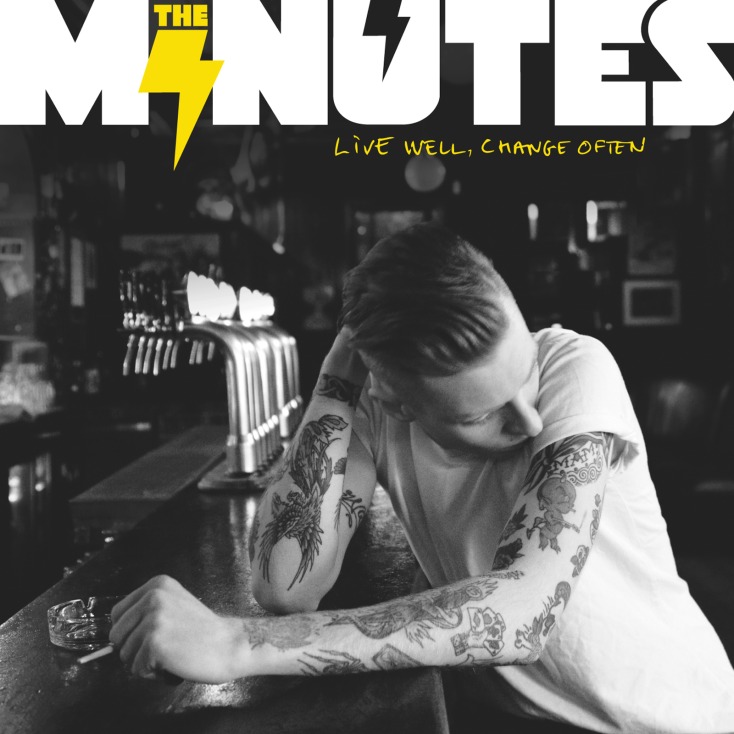 From the frantic momentum of the album’s opening track ‘Hold Your Hand’, the full-scale production of Live Well, Change Often is displayed through the immense spectrum of dynamic sound that pushes its way through the speakers.

With the all-encompassing scope of the record opened from the outset the Minutes continue to expand the sonic boundaries of the album. Primal rattling rhythms and multi-layered guitars create a wall of sound that is unrelenting and captivating. Songs such as ‘Seven Seas’ and ‘Hey Hey’ translate the brooding, aggressive tonal aspects of the band’s sound, delivered with a snarling vocal and supported by a harmonic howl of instrumentation.

From the depth of creativity shown within the core of Live Well, Change Often it is clear that the Minutes have delivered with an ambitious album while still maintaining the hook-laden rock ‘n’ roll inspired nature of their music that kept the group’s début album sounding so succinct and unique. Track’s such as ‘Supernatural’ exemplify this progression in that it both expands the band’s sound will capitalizing on their pin-point accuracy to create songs that embody the depth of their influences.

However, it is in the album’s lead single ‘Cherry Bomb’ that the Minutes provide their most engaging work to date. Swaggering with a fuzz-laden aesthetic that drives the track forward the vibrant, ever-moving melodic basis of the song constantly introduces, removes and replaces hook after hook with each section of the song sounding like a viable chorus in its own right. ‘Cherry Bomb’ is the encapsulation of the Minutes vivid use of their rock and roll sound shown throughout Live Well, Change Often.

A simply infectious release from the Dublin trio Live Well, Change Often grabs and holds the attention from beginning to end. Whether it be the sheer energy of ‘Supernatural’ or the serene grandeur of ‘Lo and Behold’ the record captivates through each twist and turn stylistically. Few band’s improve so greatly on their breakthrough début’s, even less leave it in the dust and with Live Well, Change Often the Minutes do just that.

Live Well, Change Often is due for release on May 9th.