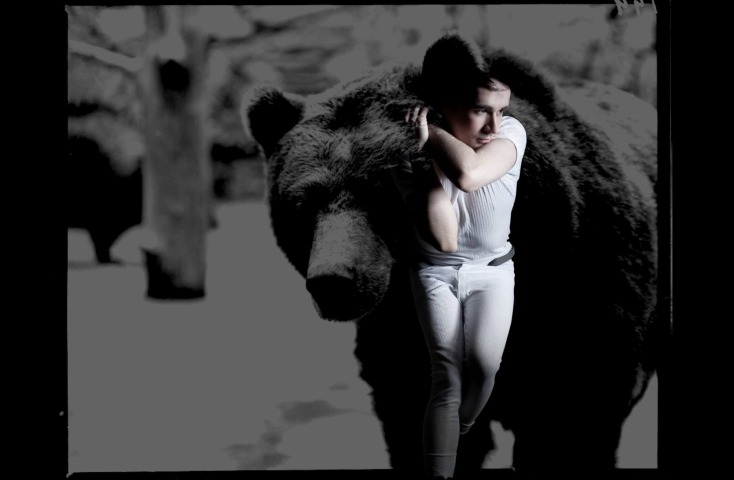 In this edition of our song of the week feature “The Mixed-Tape” we highlight the latest single from songwriter the Late David Turpin with ‘Bear of a Star’.

With the slow-burning growl of the opening bars the gently pulsing aesthetic of ‘Bear of a Star’ is subtly established. As the Late David Turpin lays the strong sonic foundations of the recording the song itself is allowed to evolve harmonically and texturally.

‘Bear of a Star’ continues to progress as the woven tapestry of instrumentation, melody and rhythm meld together through the ever-changing stylistic soundscapes of the single. This organic feel to the song anchors the textural and sonic cohesiveness of the track in a way that feels crafted and almost seamless, as Turpin moves from great sweeping orchestration, disco influenced guitar patterns and gospel passages all within the space of three minutes and forty-four seconds.

However the real core of ‘Bear of a Star’ lies within both the vocal and lyrical aspect of the Late David Turpin’s music. Delivered with a calm, hushed vocal that draws the listener further into the song’s backdrop Turpin translates the intricate lyrical themes and metaphors beautifully, maintaining an emotive centre to the piece.

Truly one of Ireland’s most diverse and stylistically expansive musicians, the Late David Turpin seems to drift with relative ease through each genre he wishes to incorporate into his art. ‘Bear of a Star’ is an encapsulation of those talents.

It is for these reasons that ‘Bear of a Star’ by the Late David Turpin is this weeks addition to “The Mixed-Tape”. The single is out now and features a brilliant remix from experimental-folk duo Carriages.