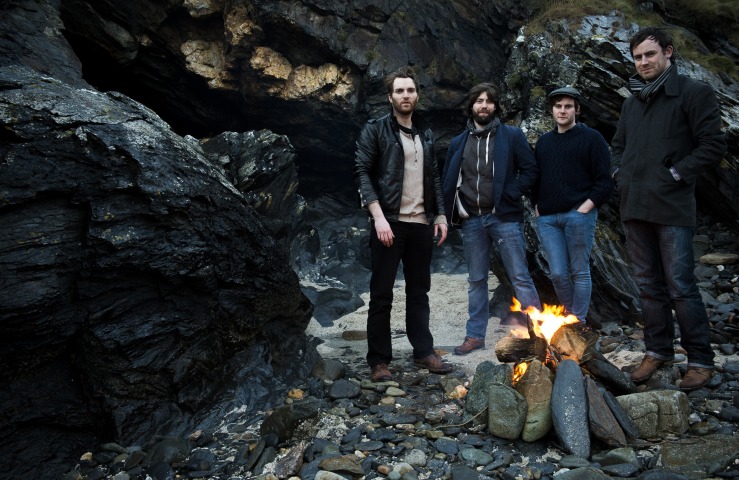 Alternative-folk band In Their Thousands began this latest touring support the group’s latest E.P ENDS with a stellar performance in the Odessa Club in Dublin last Thursday.

Perfectly set in the intimate candlelit ambience of the Odessa Club the harmonic resonance of the group’s atmospheric folk tinged sound reverberated and echoed throughout the venue captivating the audience as the organic and textural scope of In Their Thousands.

An engrossing performance of ‘The Calm Before’ that lead to ‘The Storm’ conveyed the sheer vast sound that In Their Thousands can translate from their studio work into the live realm. The great washes of multi-layered harmonies and sudden dynamic jumps were all perfectly captured by the group with the live element giving an added visceral feel to the music.

Augmenting the tone and aesthetic of the night the swirling textures and more electric-folk aspect of ‘Viva La Revolution’ gave a frantically building, brooding feel to the music, giving a broadened sense of In Their Thousands genre blending sound and progressing the dynamically engaging flow of the night itself.

The pin-point interplay between In Their Thousands seemed effortless and emanated an emotive tone that brought those in attendance to hush during the more calm and subtle sections of performance. Mirroring the turbulent nature of the band’s four E.P arc that led to the show felt personal and honest with each rumbling percussive passage and softly reverberating vocal. Stunning.

ENDS by In Their Thousands is out now.