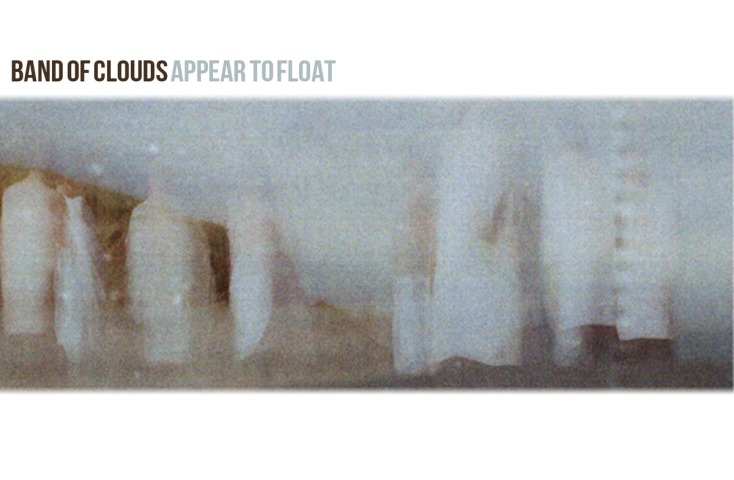 Populated by flourishes of pure brilliance, Band of Clouds latest album Appear To Float has an irrepressible atmosphere that captures the imagination with each track.

Awash with turbulent harmonic textures that dominate the open soundscapes of Appear To Float, the album comes into focus with ‘Cat Cuts’. Syncopated rhythms, crunching with each percussive pulse, propel Band of Clouds forward as the recordings deep textural backdrop rises and falls behind the hushed vocal delivery, setting the scene for what will follow.

The sheer sense of atmosphere and depth of field that Band of Clouds convey throughout Appear To Float is simply astounding. As the slow-burning, howling harmonic tones of ‘First Drag’ and ‘Children of the Woods’ echo and recede into the dense sonic backdrop of the L.P, the open spectrum of sound achieved through the group’s textural approach results in a captivating and engrossing listen.

In terms of scope, the album’s eclectic feel is held together through cohesive production, which is no mean feat considering Band of Cloud’s impressive list of musicians appearing on Appear To Float. Never feeling overwhelmed by the large-scale melodically interwoven instrumentation, the group’s palpable interplay culminates in a pulsing tapestry of serene harmony and dominant percussion.

The brooding textural ambience of ‘Shadows for the Tree’ provides the album’s most affective recording. Isolated peaks of snapping drum rolls and layered valleys form, as great swells of harmony ebb and flow out of focus capturing Band of Clouds at their most sonically menacing and experimental, as the musician’s individualistic musical leanings meld into one another over the recordings short running time.

An album of dynamic and ambient layers, Appear To Float achieves a sound that is truly unique and provides an experience in and of itself. With Band of Clouds deftly handled approach to production and composition giving a strong foundation for the music to rest upon the album always seems in control of it’s own direction and sound.

Appear To Float by Band of Clouds is out now.

2 comments on “Band of Clouds – Appear To Float”