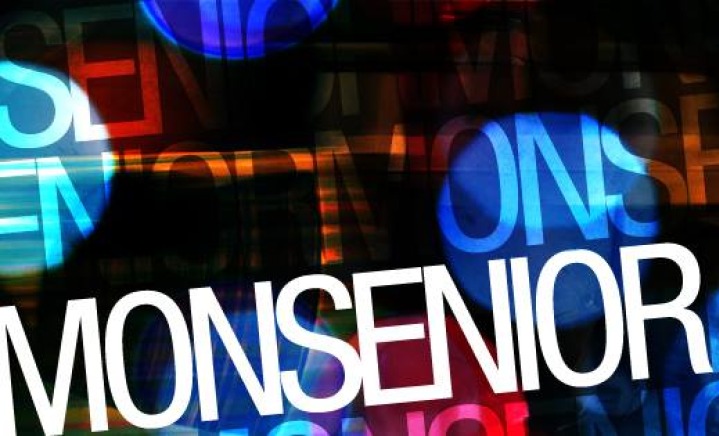 Alternative-pop outfit Monsenior are set to launch their new double A side single ‘Raise a Glass/Down on You’ in the Bello Bar on March 14th. Dylan and Brian recently sat down to speak to theLastMixedTape’s Stephen White about their new tracks and moving back to the stand alone single system of release.

In relation to your previous releases how does ‘Raise a Glass’ fit?

Dylan: We’ve been recording a fair bit over the last few months, and without really thinking about it we began to form a collection of songs enough for an album. But then we thought that releasing a couples singles over a longer period of time would be more interesting, and this is the beginning of that.

Brian: The first song ‘Raise a Glass’ was written a couple of year’s ago and we had played it a few times live in a different guise which was more folk driven than what we ended up with. We came back to it while coming up with songs for the singles idea and Dylan came up with a percussive part for it and it just snowballed from there. After that it was just a matter of recording it and slaving over the production side of things, constantly reworking small details within the tracks.

You said before that ‘Raise a Glass’ had a more folky sound, how did you transport that sonically into being a Monsenior track?

Dylan: At the time we were only starting to find the band’s sound. In the earlier days, when we began writing together and before we were even called Monsenior it was all a lot more acoustic.

Brian: It was a lot more traditional sounding in terms of instrumentation. There would always be “go to” instruments, like upright piano, bass, acoustic guitar. The sound fell more in line with the folky Paul Simon type sound with a lot of percussion. But we had been listening to a lot of different music since then and that starts to come out of you musically. And the more we tweaked at these songs the more strange rhythms and sounds that perhaps know one else will hear in the recordings led to making the sound becoming very different.

Dylan: We tend to demo really fast and then spend a long time in production on each song and that leads to us finding different ways around the song itself.

The track has a large-scale production sound to it. Was that intentional or organic?

Brian: It can be very hard to quantify that, because you don’t realise the process you’ve been through and how exactly the choices you make effect the end result. Even how you disseminate you’re influences into your own music. It was more a part finding the parts the make the song interesting rather than an overall set plan.

Dylan: I think what might have been going on there, and I might be wrong, but with our last E.P the first song we put down was probably the biggest in terms of sound. And I think we spent so long labouring over it and changing it that we thought that it sounded sort of over-produced by the end, so when we moved onto the other tracks like ‘Tall Tales’ we stripped it back, so when we got around to recording these tracks we had come full-circle and enough time had passed that we could go that deep into the production of our music again.

With the steady release of these single will this long-term plan result in an album?

Dylan: Possibly. I think about 4 or 5 years ago the answer would have been a definite “Yes” but now I think the whole album format is a bit uncertain these days. We’re a very new band in terms of releases, we don’t have a long back catalogue, and we would be afraid to put out something so substantial for the fear that nobody hears it, which can happen.

Brian: I think the problem with releasing an album too early can be that it ends up being like your 21st birthday party. There’s this really big build up to the event and then you do it and the next day it’s over. You get left with this feeling of “what do we do now?”. I think one of the good things about the album culture going is that you can just release songs as stand alone singles again without having to look ahead to an album.

So there’s almost a feeling of going back to the old system of the 50’s and early 60’s of singles taking more of priority?

Dylan: Yeah, that’s exactly the conclusion that we came to and why we decided to release our music in this way. This is the way it happened back then, with the double A-side etc, because in the end people can collect those songs and form their own album of our music.

Monsenior will launch there new double A-side single on Friday, March 14th in the Bello Bar. The band will also perform this Friday, March 7th with Cat Dowling and Hawk at special in-store gig in Oxfam Home on Francis Street in conjection with Homebeat.