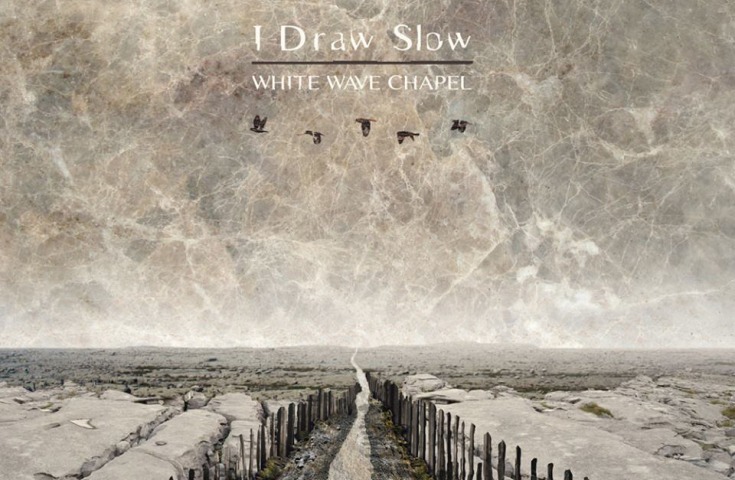 Irish alternative-folk act I Draw Slow played to a sold out crowd in Whelan’s on Saturday night to celebrate the release of their brilliant new album White Wave Chapel.

Weaving their pounding tapestry of folk and traditional melodies and rhythms around the teeming venue, I Draw Slow’s palpable energy emanated from the group creating a vibrant inclusive atmosphere to the night.

Moving through a rousing rendition of ‘Oh My Honey’, the frantic pace and organic feel of the show was set as the scratching strings, thumping bass notes and rhythmical guitar pulsated behind Louise Holden’s powerful performance. Showcasing I Draw Slow’s deep-rooted influences the band maintained a cohesive, honest tone throughout the set.

Populated by deftly crafted dynamic changes, I Draw Slow moved from the stomping pace of tracks such as ‘Bread and Butter’ to the subtle performances of ballads such as ‘Souvenirs’. Holding the venue in a hushed silence, Louise Holden beautifully delivered the heartbreaking vocal that forms the core of ‘Souvenirs’ captivating those in attendance, who stood silently, almost frozen.

Finishing the show with an extended encore, prompted by an appreciative crowd, I Draw Slow seemed like a band who were not only humbled by the reception but also deeply deserving of the acclaim. With the group’s recent single ‘Valentine’ appearing amongst the closing numbers the five-piece’s clear evolution from their first to their third album was encapsulated from the depth of field and cumulative harmonic quality of their all-encompassing sound.

As I Draw Slow exited the stage to a rapturous applause, and continued requests for more, the charm, atmosphere and honesty of the music resonated long after the closing notes had faded away.

White Wave Chapel by I Draw Slow is out now.