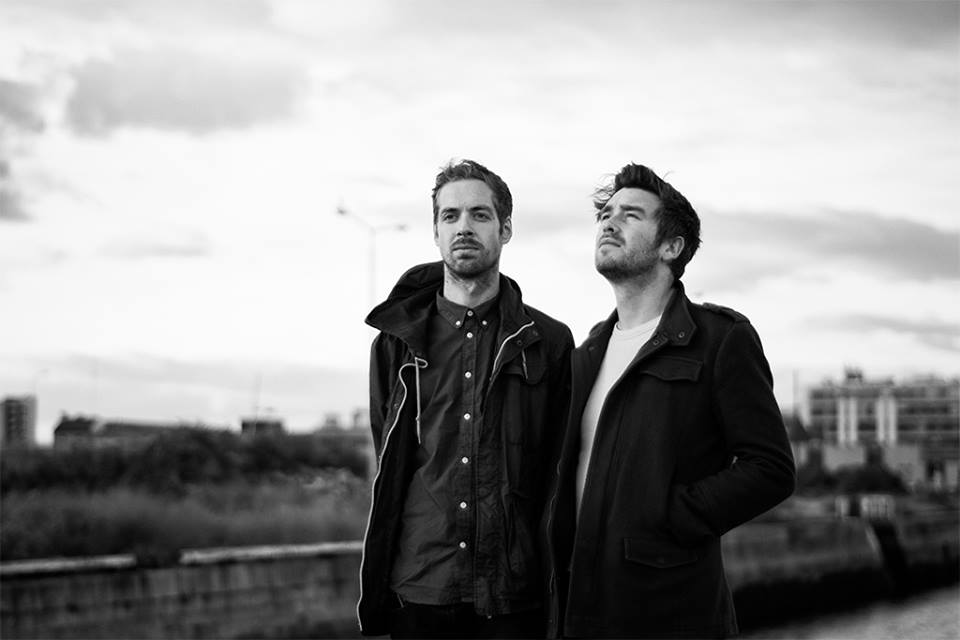 Indietronica duo Tvvins took to the stage in front of a packed Whelan’s in Dublin last night, translating their distinct electro infused sound to the live realm with stunning effect.

With the pulsating syncopated aesthetic of Tvvins large-scale studio work providing a vibrant starting point for the group to draw from, the musician’s ability to expand and inject their sound with an added sense of edge and relevancy was simply breathtaking.

With the expectant crowd captivated by the sheer force of Tvvins all-encompassing live sound, the rumbling bass tones and deft pops and clicks that populated the band performance shook and pounded within the walls of the venue as the close quarters atmosphere of the night saw the audience moving almost as one to the highly stylised sound.

Renditions of ‘Two Worlds’ and the duo’s latest single ‘You Better’ raised the level of the already engrossing tone of the night, as Tvvins ability to not only reinterpret the intricate synth textures and pulses of their music but also develop them gave the group’s live performance a cohesive feel with the irrepressible, aggressive groove of the songs perfectly capturing Tvvin’s unique take on the electro genre.

Tvvins’ live show in Whelan’s not only showed the complex nature and outstanding musicianship that forms the duo sound, but also highlighted the depth of field contained within the music as each song added to the palpable atmosphere of the night. Simply brilliant.