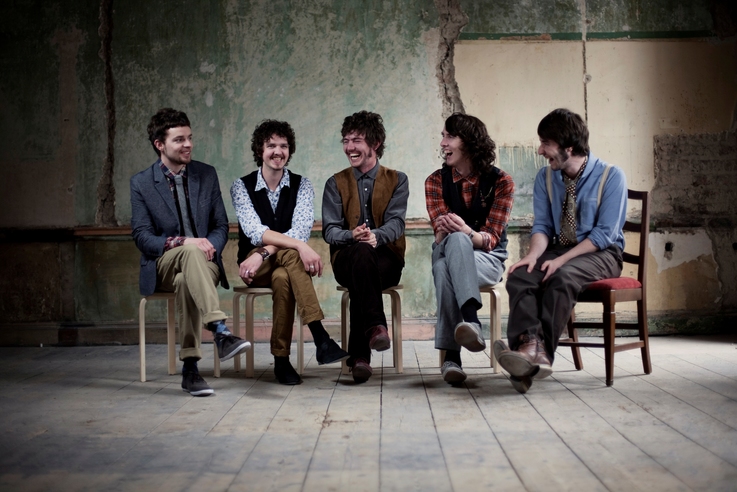 Alternative-rock act O Emperor under went something of a sonic sea-change with their stunning sophomore album Vitreous, which saw the group expand their sound with more succinct fuzz-laden tracks such as ‘Contact’.

What was the catalyst that started the change in sound found on Vitreous?

I think having our own space to record in really helped. It gave us time to work on things. This album wasn’t as planned as Hither Thither was, Vitreous was more spontaneous and there were more surprises for us as a band. There was a nice mentality to making it, which can be heard on the recordings, and I think the environment really helped to shape that sound.

Do you think the more immediate, spontaneous writing approach worked as way to subvert the pre-planned process of recording a debut album, which can draw from the group’s earlier years?

Definitely, the first album was a more linear process leading up to it’s making. As you said it came from the years of writing before it. We had Hither Thither mapped out when we hit the studio. It was definitely more liberating for us this time around, and a lot of ideas came from recording that way. It was a positive experience.

You’ve spent almost a year touring the record. How do you think the album translated live?

One or two of the songs took us a while to get the hang of performing together because they were not recorded or performed live as a band before. The would have been layered and tracked separately so we had to find our way around them. But songs like ‘Contact’ and ‘Holy Fool’ play with a more raw feel, rather than some of the more orchestrated pieces found in Hither Thither.

With that in mind have O Emperor began work on the third album?

We have a stockpile of songs ready to go through for ideas. But we could be taking a different approach to recording again, and hopefully quicker (laughs). As the group grows we have started to record demos and ideas individually in the studio and then take those recordings to the rest of the band to jam and develop. This next album will have that sort of individual collaboration in it.

Tickets for O Emperor’s headline show at the Cork Opera House on March 7th are priced at €22.95 and are on sale now. For more information visit ticketmaster.ie.