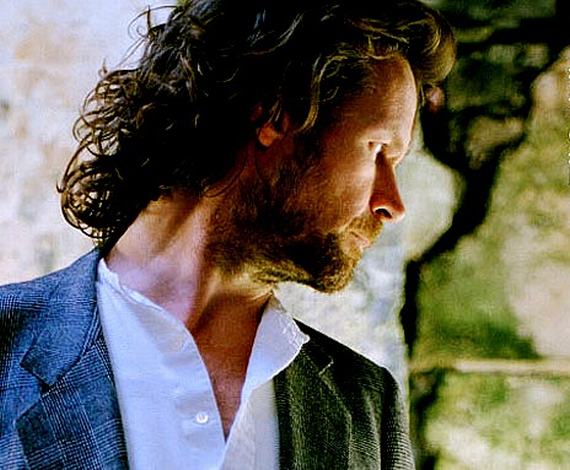 From the moment Ó Maonlaí bounded onto the stage his unmistakable presence held the candlelit audience captivated. Sitting at the upright piano under the venue’s ambient lighting, the musician began to weave an engrossing tapestry of sound around Chancery Lane theatre, setting the intensely personal tone and feel of the night.

Progressing effortlessly from traditional pieces performed in Gaelic to a heartbreaking rendition of ‘Christchurch Bells’, Liam Ó Maonlaí’s voice resonated within the walls of the venue as his hands moved on the piano keys, sustaining the harmonics that gently receded, held, and repeated leaving the crowd hushed in anticipation with each note.

There is a wildness about Liam Ó Maonlaí’s talent, unbridled performance saw the songwriter jump from howling renditions of Princes’ ‘Purple Rain’ to quieter moments where Ó Maonlaí held court regaling the audience with stories from his past including a scene setting tale of his time spent with the Dogon people of Mali, where his storytelling abilities moved beyond the musical.

As Ó Maonlaí brought the performance to a close, introducing Róisín de Buitléar beautifully crafted glass instruments, the musicians palpable love and respect for his medium shined through and translated across to those lucky enough in attendance. Stunning.