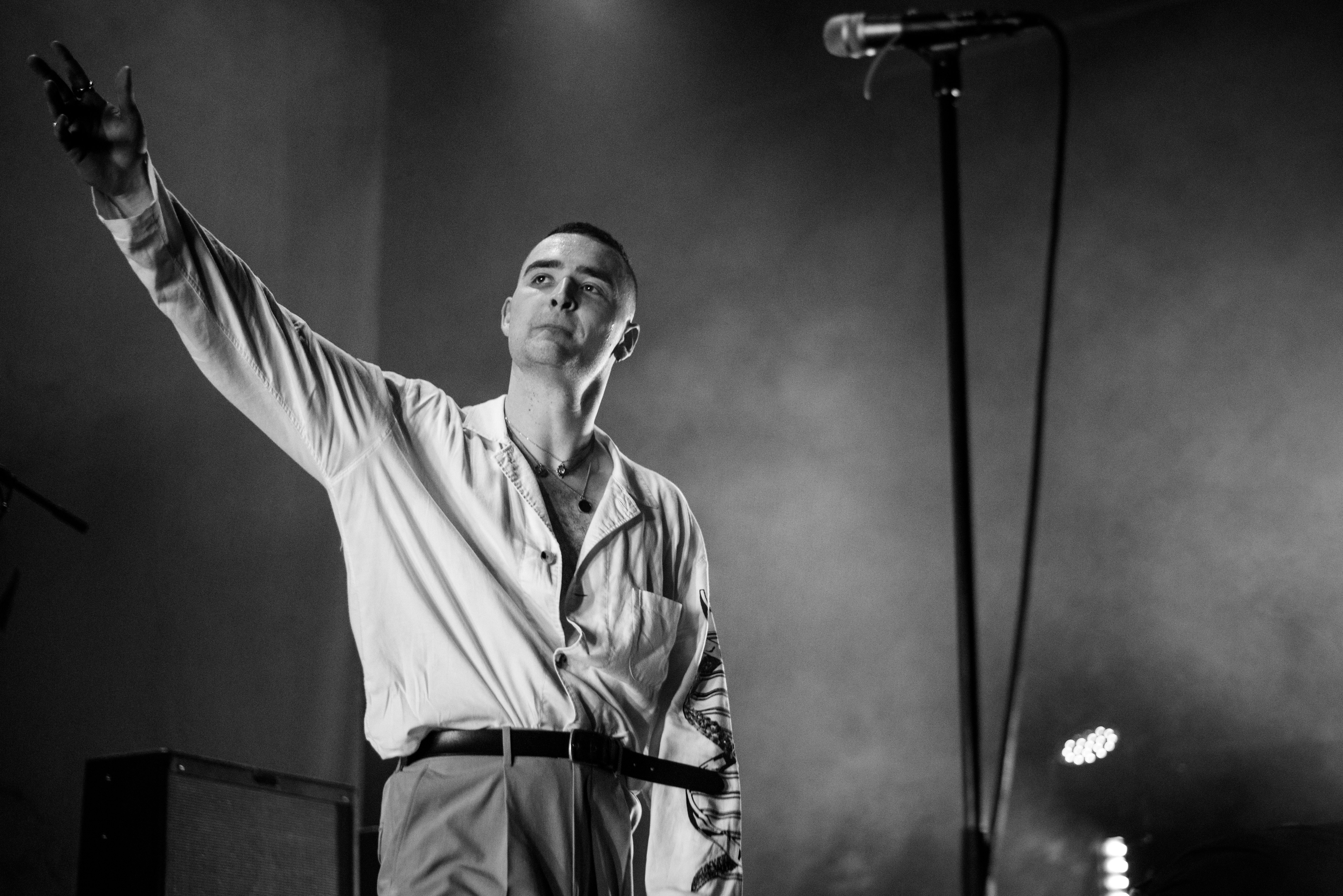 The Murder Capital played to a sold out Vicar Street in Dublin last Thursday night as they tour their seminal debut record When I Have Fears. The Last Mixed Tape was there to cover the event.

There was a moment on Thursday night when the sound of James McGoverns breathing reverberated around a momentarily still Vicar Steet that encapsulated the command and power that the Murder Capital had over the sold out hometown crowd.

Indeed, thoughout a set densely populated by dramatic dynanism the Dublin band cut the figure of conquering heroes returning with a sharp precision to thier music that touring has given them.

Starting with the bang and clatter of ‘More Is Less’, the Murder Capital went straight to the heart of the matter as the immediacy of their sound sprawled out via angular guitars, a thunderous beat and an attention demanding vocal that had yej crowd enthralled with each turn of phrase.

The central push and pull of the night was one of intensity and immediacy. Through the atmospheric turns of ‘Slowdance Prt I & II’ and the bone rattling rumble of ‘Feeling Fades’, the Murder Capital weave a mood and tone to thier live set that mirrored the same textural depth found in their debut offering When I Have Fears with the added fervor of a live audience providing the energy and communal atmosphere that makes the groups such a compelling prospect.

And so it goes, the Murder Capital have made their presence felt once again. Having gathered more intensity the bands live shows now have evolved from the short sharp shock of a punk gigs to a dynamically considered and compelling show that highlights the thematic strength of their music whilst pushing the sense of community the group has with thier audience to the fore. All of which culminates in a gig that will live long in the minds of those who were lucky enough to be there.

All photos by Stephen White. Click and scroll to view the full gallery.