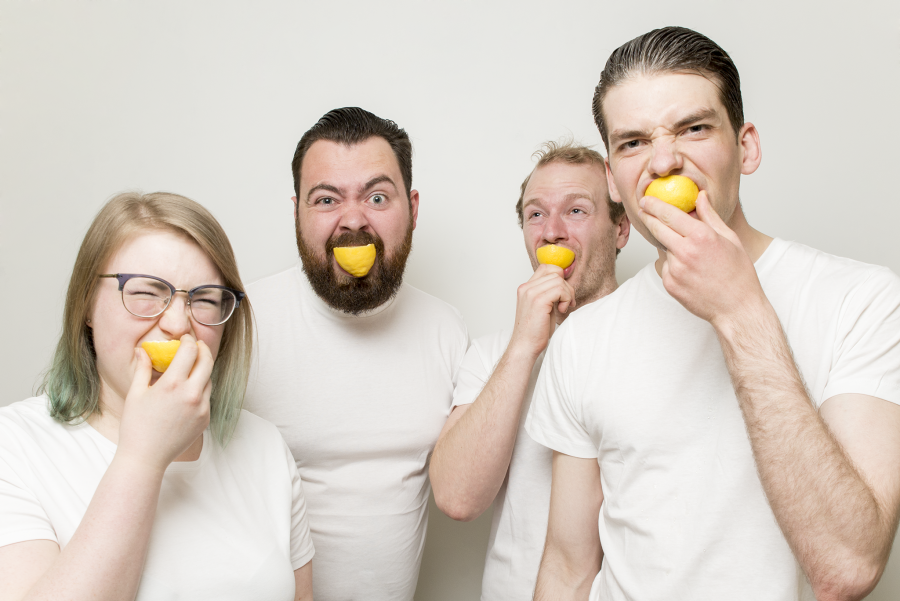 Shrug Life recently returned with their brand new single ‘Strangers’ and the promise of a sophomore album next year. Ahead of the band’s headline set in Whelan’s on Thursday night (September 5th), Danny Carroll spoke to The Last Mixed Tape about the track, forthcoming record and the Irish music scene.

The last record I bought was a 7 inch single of ‘Strachan’ by 90s Limerick luminaries The Hitchers. It includes lots of things I’m partial to – name-checking footballers, J Mascis style guitar solos and very Irish humour.

‘You’ve Got A Woman‘ by Lion. A friend put them on a playlist for me the other day. Apparently, they’re a 70s one-hit-wonder. It has a hypnotic sensuality of the kind Shrug Life will never attain.

What inspired your latest single ‘Strangers’?

Strangers is a song for social anxiety – negotiating the acute alienation experienced in a crowd. At times I’ve wrestled with a debilitating sense of discomfort in my own skin – flexing the mocking muscle in my mind, feeling feeble in the face of my fears.

In the song I try to recognize how fleeting self-belief can be, the futility of retreating from the world, and ultimately the benefit in forcing yourself to engage with people “until the act becomes second nature until the act is actually sincere”.

Your sophomore album comes out next year. What has changed for the band and you as a writer this time around?

For the most part, we’ve embraced that sophomoric cliché of the darker/heavier second album. Our first album was recorded in the now-defunct Popical Island HQ, and was inevitably indebted to bands that rehearsed next door to us (Land Lovers, Walpurgis Family, Squarehead). I suppose we embraced more rhythmic ideas on this forthcoming album, as well as adding extra bells and whistles such as backing vocals by Naoise Roo and keyboards by Jonny Fun. On this album, we demoed everything in advance of going into the studio. I think we were clearer about what we wanted.

Lyrically it’s a bit more introspective, and concerned with social interactions, although there’s plenty of overlap from our earlier approach.

There’s a healthy variety at the moment and people across genres to be inspired by. I’ve been involved with a compilation series A Litany Of Failures that tries to bridge the geographical divide between independent Irish bands and showcase more DIY, left of field artists from across the country. That’s been an excellent way of staying engaged and inspired. Pizza Pizza Records are doing good things, as is DIY LK and Strange Brew.

This week we’re playing in Dublin, Cork, and Limerick. Beyond we’re releasing a very special single in November with gigs in Galway, Dublin, and Belfast. That will be a cover song which is a first for us.