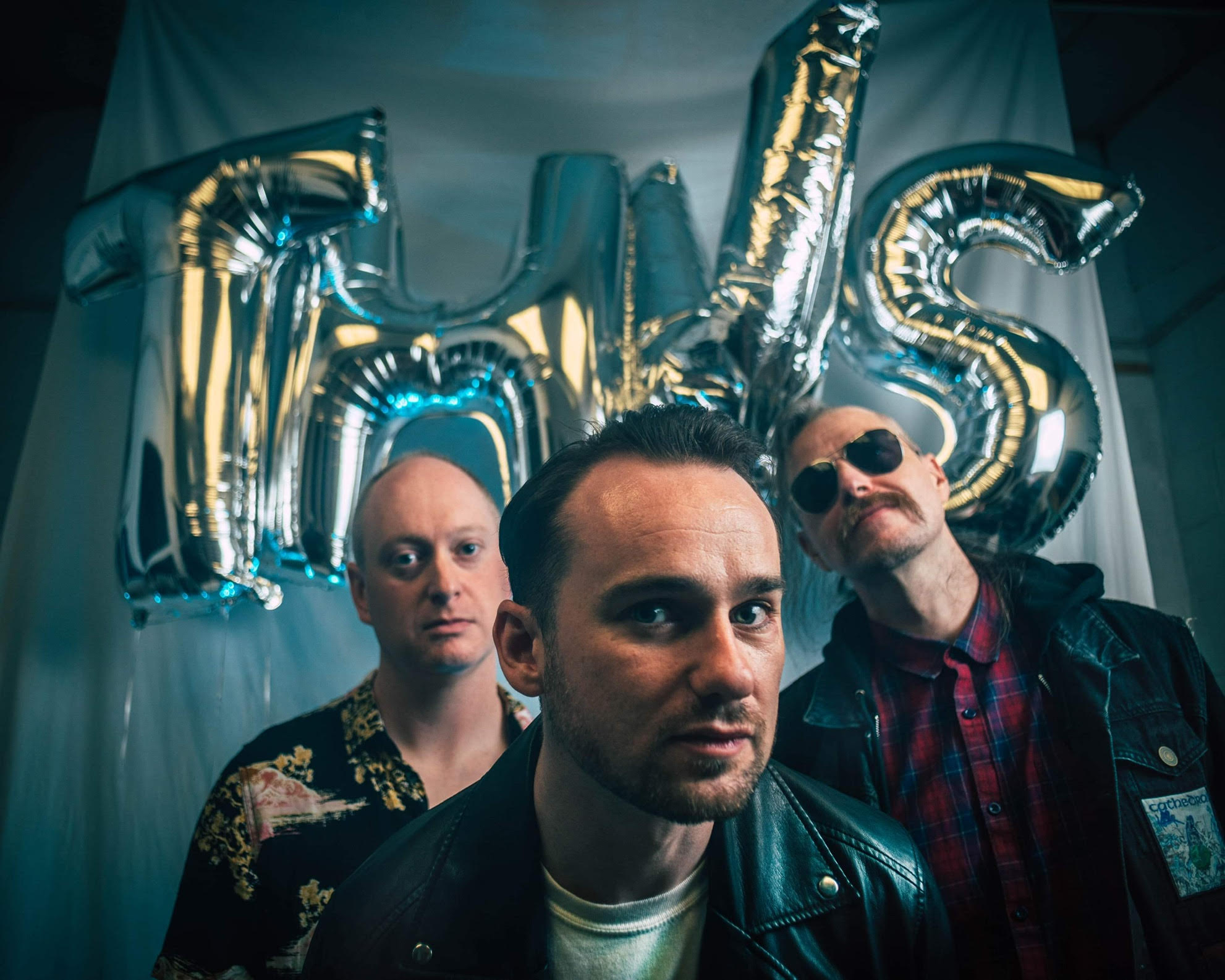 Belfast band THVS have just released their brand new single ‘Palisades’ today, taken from the group’s forthcoming album this October. THVS recently took the time to talk to TLMT about what they’re listening to, inspirations and upcoming L.P.

What’s the last record you bought?
The last record I bought was the new Metz record, Automat. It’s a collection of their early singles, b-sides, and rarities. These records are normally considered to be filled with slightly lesser tracks but a lesser Metz track is still better than 90% of other bands most vital track! Metz are a force all of their own. Myself and Matt went to see them in Dublin last year and it was absolutely everything you want a gig to be. It just felt like everyone was giving themselves over to the band, maybe that was just me and the litres of tequila drank l beforehand but it was like all that footage and photos you see of the Seattle 90’s shows, bodies and sweat and reckless abandon. Myself and Matt both came away from that show and said to each other that sets the bar, that’s what we need to be. It reinvigorated things for us. A phenomenal band and record.

What’s the last song you played on Spotify?
It was ‘And Saints’ by Sleigh Bells, another absolutely stellar band. They’re like 18 bands all in one. That new record, Kid Kruschev, just showed again they can do whatever they want and it’ll sound amazing. I really enjoy the early kind of heavy metal rave vibe of the older records but the new one they branch out and keep exploring new territory while still sounding exactly like themselves. That’s what a good band should be able to do. Again, I caught those guys in Dublin and it was just total energy. Alexis is an amazing frontwoman and they just sound huge. I love Sleigh Bells.

What inspires your music?
Musically, I draw inspiration from so many things. We say we’re a heavy pop band, and I think that’s a really good way to even describe the influences. I love pop music; Taylor Swift, Lana Del Rey, Lorde… I can’t get enough but I also love the other end of things Mastodon, Baptists, Botch and the like. And then more and more I feel like the music I listened to when I first started getting into the whole rock thing are coming through, so that whole early 90’s thing. But we all come at it from a different place so it just ends up as this witches cauldron of influences that boil together to give THVS its heavy pop sound!

So, much of it just comes from this internal need and desire to do it, to get this thing that’s inside of me out into the world, like an exorcism. And even just getting in the room and playing with each other is inspiring. Some of our best songs come from a drum part that starts a jam or a bass part. When you go looking for inspiration it’s seldom found so you just need to be passive and ready for when that lighting bolt strikes and hope there’s a guitar nearby, that’s why I always keep one in the bathroom…

Your new album comes out later this year. What is it you wanted to say with this record?
Sonically, the album marks a change in direction for the band it’s a definite step away from the screamy- post-hardcore of previous releases and plants both feet squarely in our very own heavy pop arena. The songwriting is better than ever, the sound of the band has even changed. It’s bigger and bolder while still retaining the essence of being THVS. Lyrically, the previous efforts have very much been about the external influences around me. This album I feel is much more an internal approach. Having spent some time away from it after recording and going back to listen again, I think there’s a definite thread that runs through the whole album lyrically – one of self-preservation and protection. Fighting your own corner, that self-belief. You’ve got here, now. Fight to keep it. But along with that comes doubt and questioning yourself. I don’t want to get to on the nose with explaining it all but those I feel are the broad themes. They don’t really present themselves until afterwards, though. It wasn’t a conscious decision, so maybe this is just my interpretation of my lyrics and maybe someone will read them and have a whole other interpretation. I mean thats the hope, anyways, and I always used to get told when I was screaming that no one could hear what I was saying so now I’m actually trying to sing a little maybe people will actually be able to make them out!

What are your thoughts on the current output from the Irish music scene?
I think now more than ever the Irish music scene has so much to say, people are taking risks in their sound, in what they’re saying. Sometimes being cut off from the UK can have its downside in terms of infrastructure and having more options of places to play but necessity is the mother of invention and it’ meant that, both North and South, there’s an ever-expanding network to support artists of all genres. Also, it allows for experimentation, left to cook away in the lab throw some things together and see what happens. There are so many great bands at the minute: New Pagans, Axecatcher, Wynona Bleach, Molarbear, Skypilot, New Valley Wolves, and Fang Club are all great and they all cover something different genre-wise. So it’s healthier than it’s ever been. Must be taking its vitamins..

What are your plans for 2019?
Sleep is not one of them anyways. We’re so busy! We’ve the lead single from the album, ‘Palisades’, and the video soon to follow. We’ve a bunch of shows the rest of the year, interviews, then we’ll have another single and video, then the album, more shows. Just trying and get our beautiful faces absolutely everywhere we can. Hopefully not on any wanted posters though, and spread the good word of heavy pop and THVS. This year has already been the biggest year so far for the band and we hope to capitalize and expand upon that. We’re mid-2019 and already planning for 2020!

Click below to listen to ‘Palisades’ by THVS. The single’s parent album is due out on October 12th.