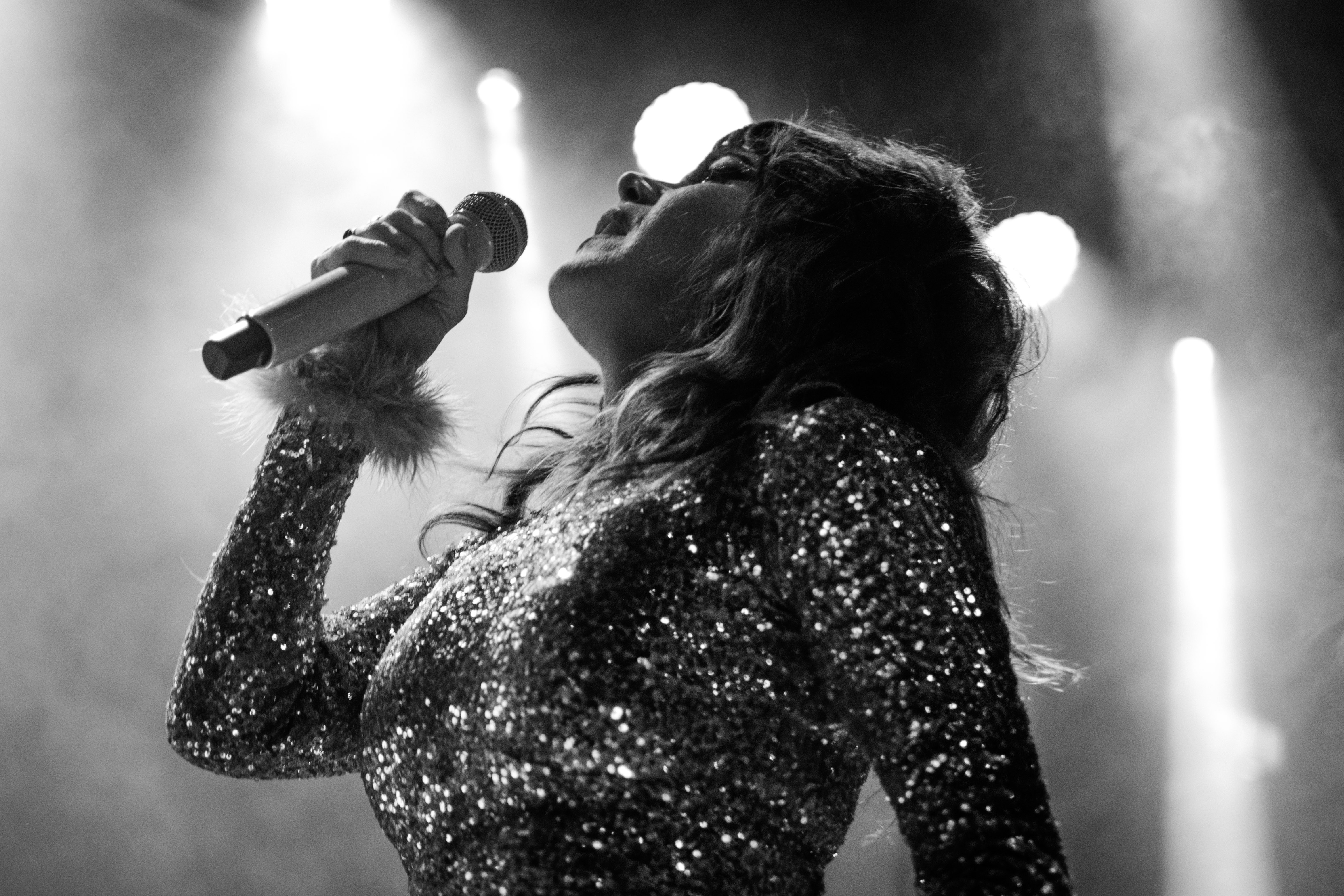 Jenny Lewis came to Dublin last night to play a sold-out Academy as she tours her new album On The Line with support from Slow Moving Clouds. The Last Mixed Tape was there to cover the event.

Jenny Lewis had a sold-out Academy in Dublin tightly wrapped around her finger last night. From the opening bars of ‘Heads Gonna Roll’ through dynamic and mood-driven twists and turns, Lewis and her band captivated with a show that flowed from one high spot to the next.

Drawing from Lewis’ current studio album On The Line, tracks ‘Little White Dove’ slithered out from the stage with a smooth R&B feel that drew the audience further into the world of the performance while the slow-motion haze ballad ‘Hollywood Lawn’ highlighted just how on-point Lewis and her band had come from touring as they delivered a sound that added the studio recordings.

But this night was all about connecting, and Jenny Lewis is a perform who exudes inclusivity both in her music and stage presence. Kicking the show into another via the one-two punch of crowd pleasers ‘Red Bull and Hennessy’ and ‘Just One Of The Guys’ and running towards a truly striking moment, where standing on high rise and lit only by the flashlights of mobile phones in the audience, Lewis asked Irish crowd to turn to one another and introduce themselves, say hello or even say I love you. Which the people in attendance, now entirely under Lewis’ spell, did. Not an easy feat. All of this proceeded an awe-inspiring rendition of Rilo Kiley’s ‘With Arms Outstretched’, a moment that went straight into the Last Mixed Tape top live music experiences of all time.

Indeed, Jenny Lewis live at the Academy was the definition of spellbinding. Beguiling, enchanting and captivating, Lewis bewitched the Irish crowd and left them wanting more even when the last notes of a stripped-down ‘Acid Tongue’ had rung out. Vital.

All photos by Stephen White. Click and scroll through the gallery below.