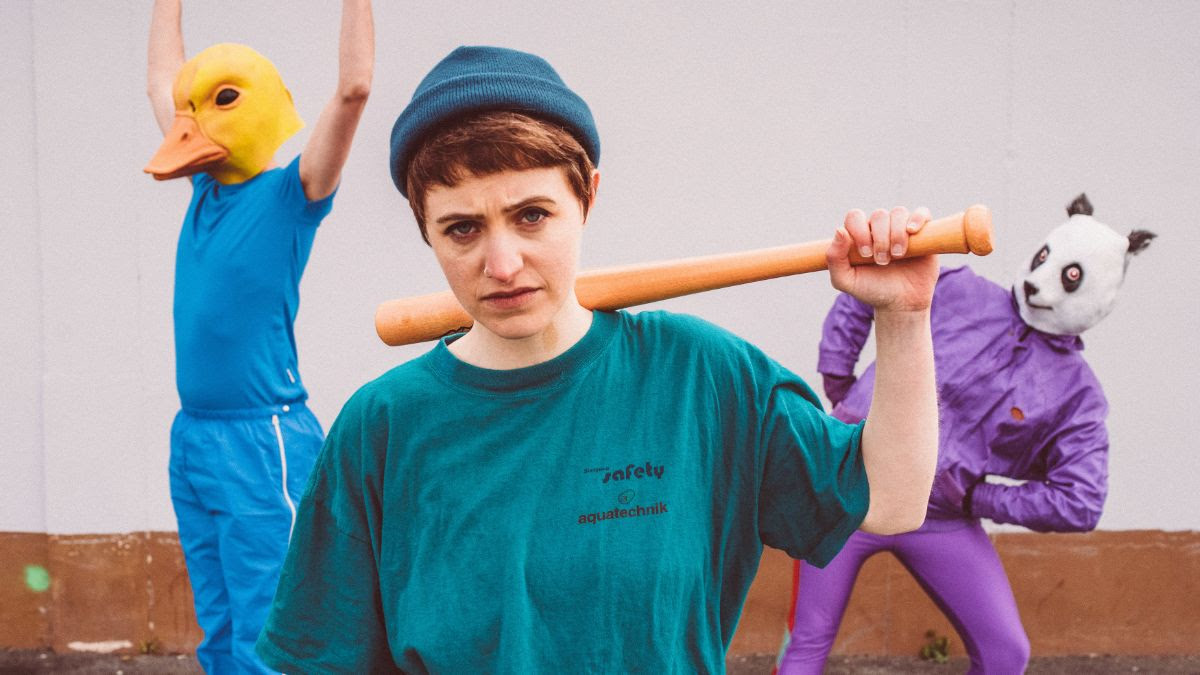 Havvk will play as part of the forthcoming We’ve Only Just Begun 2019 festival, running from August 9th to 11th in Whelan’s. Julie Hawk recently spoke to TLMT about what she’s listening to, inspirations and the Irish music scene.

What’s the last record you bought?
I’m really struggling to remember this one, as I buy fewer and fewer physical albums these days. But I do remember the last CD that was given to me. It was “Inside Me Ten Thousand Men Ten Filthy Curs” by the Noise and the Naïve. They were gigging in Berlin and gave me the EP as a thanks for staying at my place. They are really incredible live; so fun and energetic.

What’s the last song you played on Spotify?
Nirvana – All Apologies (I believe this was part of a pre-gig playlist I made before a Party Fears show a few nights ago!)

What inspires your music?
We write about some pretty personal and political stuff that can be isolating to think about alone. Lyrically, I think we’re most inspired by people who are standing up for what they believe in. We’re also pretty nerdy and take a lot of inspiration from films. Musically, we’re really mixed in terms of influence but there’s usually something cinematic about the music we end up bonding over. Artists like Radiohead, Grizzly Bear, and Cocteau Twins are definitely a few that come to mind.

You have a new single called ‘Shifting Shape’. How was it written/recorded?
We wrote Shifting Shape in our little shared studio in Berlin. We’d been writing a lot of slow shoegaze songs so when Matt started playing the riff, it almost sounded like we were covering another band for the laugh. But by the time the song had come together we were getting something really special from it – some imperfect energy that I think we all needed to let out. We recorded it at Start Together Studios in Belfast with Rocky O’ Reilly.

What are your thoughts on the current output from the Irish music scene?
I think the standard of music coming out of Ireland has always been amazing but it’s reaching this point of critical mass right now. I’m sure there are a million forces at play here, but I think the political voice in Ireland has been one major influence. Irish people want a say in the country they live in and, in turn, its artists want a bigger say in what their music scene looks like – from my perspective, that is really driving the sense of empowerment and ambition in the music community, especially for female and queer artists.

What are your plans for 2019?
Well! We’re finally getting a bit of downtime at the moment as this year has been really busy so far with a lot of releases – not just from ourselves, but the other artists on Veta Records too. We toured for most of May, which is easily one of my favorite things we’ve done as a band. For the rest of 2019, we’ve got two big things on the horizon. Our biggest news is that our debut album comes out in full in November! As of this October, we’ll also be setting up camp in Dublin. Berlin has been some of the best years for myself and the band, and we’ve made an amazing connection with the place, but it feels like a really good time to head back to Ireland properly and really hit the ground running with the label. At the moment, we’re working with mostly Irish artists and, as I mentioned before, there’s been an amazing upsurge in the variety of music coming from the Irish music scene. I haven’t lived in Ireland since I left after college, so I’m really excited to put my roots back down.