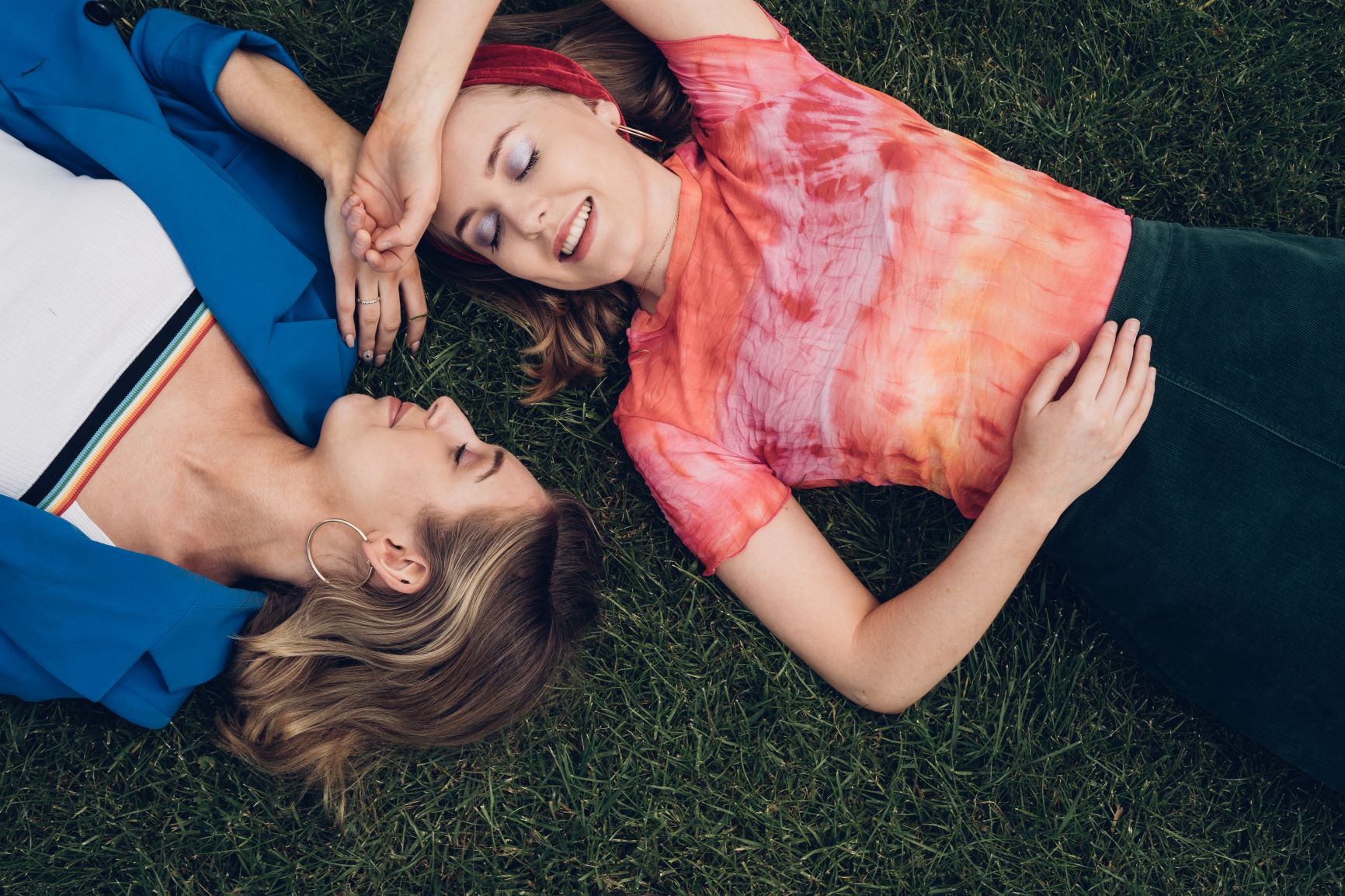 Elkin will play as part of the forthcoming We’ve Only Just Begun 2019 festival, running from August 9th to 11th in Whelan’s. The duo, who recently released the single ‘Cut My Tongue’, recently spoke to TLMT about what they’re listening to, their inspirations and the Irish music scene.

Carla: I just bought Junior Brother’s album. It’s definitely one of my new favorites. It’s so beautiful and vulnerable, but really sure of itself.

Ellen: I wish I had a better answer but I needed a CD for my car so I bought a Hall and Oates Greatest Hits for 1 quid in a charity shop.

E: Try Your Luck by Confidence Man. The whole album is really gas but also full of bops.

C: We both listen to a massive mix of music, but my staples would be LCD Soundsystem, J Cole, and Joni Mitchell. I constantly go back to their music and find new things in it. I like to be inspired by all sorts of artists though. I’m a big fan of Noel Fielding and Enda Walsh.

E: Mitchell has had a huge influence on how I want to express things through music, as have other female singer-songwriters like Lucy Rose, Laura Marling, and Julia Jacklin. I think we’re both very observant of people and situations around us and we can find inspiration in these experiences when it comes to making music.

You have a new single called ‘Cut My Tongue’. How was it written/recorded?

E: Cut My Tongue is an interesting one for us because it went through a few different lives before it became what it is now. It’s really cool when a song keeps growing and changing throughout the process. The single version was recorded with lullahush (Daniel McIntyre). The lyrics are about a femme fatale figure, so we wanted to get a dark, sultry vibe with the groove. I think what we told Dan was a ‘witchy beach vibe’, and he brought that out so well with his production, as did Peter, Conor, and Rob in their playing on the track.

C: The recording process with Dan is always so enjoyable. Pretty intense, as we got the bulk of the track recorded over two days, but still such a buzz. All of us vibe really well together and we’re able to try out things and see what works and what doesn’t.

C: We have some seriously amazing artists making music at the moment. It’s really encouraging to see what people are achieving like Soft Boy Records and SOAK. There’s been some deadly album’s put out recently too. It makes me really excited to see what we can do.

E: I think it’s really exciting and inspiring to be a part of. I feel that with social media we’re hearing a lot more diverse Irish talent than we have before when in the past it was often only very commercial bands and guys with guitars who had a proper chance of being heard. I’m excited to see how all these artists grow and develop over the next while, such as AE Mak, Pow Pig, whenyoung, Laoise and Happyalone.

E: We plan to continue building up our audience this year with a few more chunes. We’ve just announced a headline gig for October which we’re very excited for!

C: Yeah we’re buzzed for October! We just want to continue this year playing gigs and getting some more music out soon!!