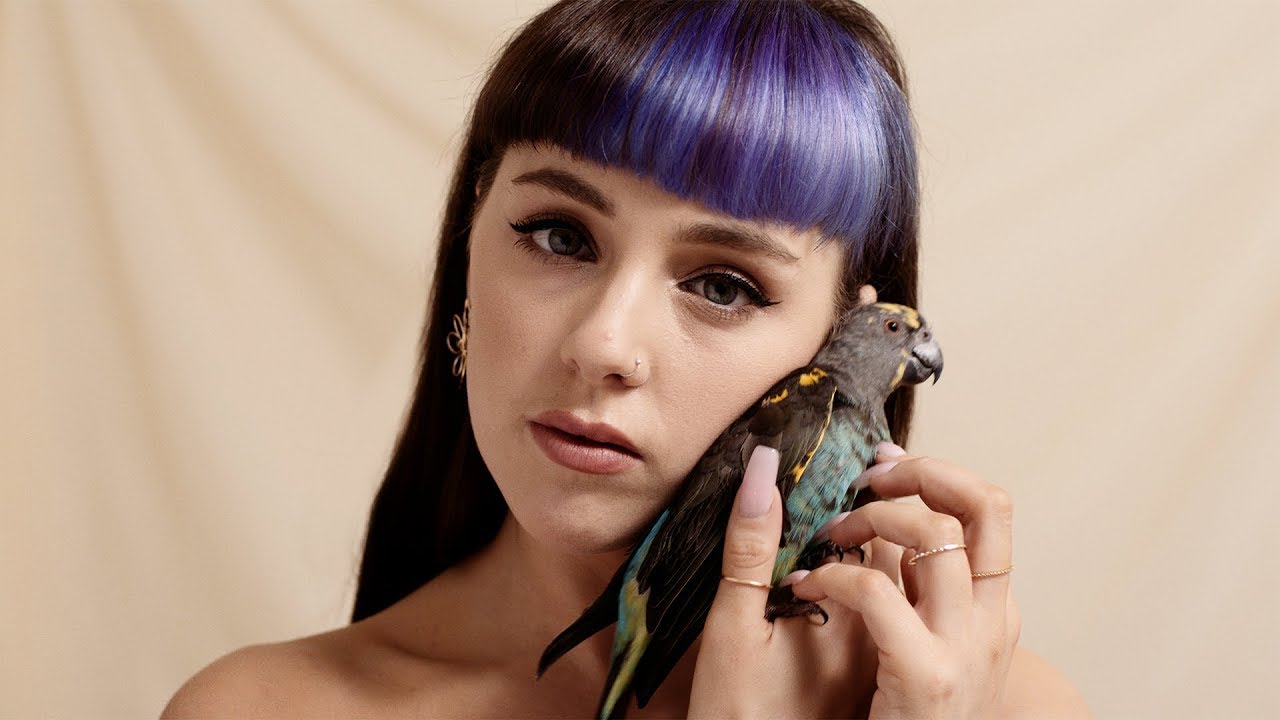 TLMT looks back at the last four weeks to pick out some of the stand-out tracks coming out of Ireland, featuring Girl Band, Gemma Dunleavy, Soda Blonde, Dermot Kennedy, Host, ROE & more.

Gemma Dunleavy – Better 4 U
The Mixed-Tape: Cast across a sonically rich canvas, the sound of Gemma Dunleavy’s latest offering ‘Better 4 U’ is an intricate tapestry of vivid beats that set the perfect backdrop for Dunleavy’s vocal weaving as it layers and intwines with the music.

Girl Band – Shoulderblades
Taken from Girl Band’s forthcoming sophomore studio album The Talkies (due out via Rough Trade on September 27th), ‘Shoulderblades’ finds the group doing what they do best, contorting and twisting noise into a glorious cacophony of tense guitars, imposing drum beats and raw unstrained vocals.

Elkin – Cut My Tongue
A highly-stylized slice of alt-pop, Elkin’s ‘Cut My Tongue’ adds flourishes of slick neo-soul to the duo’s music with the lush production adding a beat that makes the sound all the more vivid.

Pursued By Dogs – Your Bones
Pursued By Dogs return with the spacious, icy atmosphere of ‘Your Bones’, a brooding track that builds upon a weighty electronic backdrop and opens up into large jumps of dynamism, giving the song a strong textural ebb and flow.

Runabay – Dig featuring Stephen James Smith
Runabay releases their debut album Between The Lines today which features the captivating ‘Dig’ a song that creates a strong sense of place and time with a music that weaves and bustles beneath introspective spoken word and serene vocals.

Host – Crying For Days
A strong-style slice of dark-wave, ‘Crying For Days’ finds Host delivering a sound that compels you further and further into its multi-layered soundscape.

ROE – Girls
ROE returns with the deeply set alt-pop of ‘Girls’. An infectious blend of electro-pop with a scattered beat that drives the music, ROE’s latest release outlines the songwriter’s deft touch as she celebrates individuality.

The Crayon Set – Summer Song
A vivid pop gem, the soothing sonic milieu of ‘Summer Song’ finds the Crayon Set returning with a track that will be an earworm for many in the coming months.

Dermot Kennedy – Outnumbered
There can be no denying just how captivating Dermot Kennedy’s voice is. Turning on a dime, the emotive weight behind his latest offering ‘Outnumbered’ finds its power in his performance.

Cat Turner – Situation
A dark, heavy, fuzzing backdrop dominates the sound of ‘Situation’ from Cat Turner. Marking a giant leap from Turner sonically, the track is joyously weighty and fraught with tension.

Fat Pablo – Ganki
The Mixed-Tape: Wrapped in tension and expansion, ‘Ganki’ flows effortlessly as Fat Pablo push and pull at the edges of the track’s production with sudden blasts of dynamic fuzzing jumps that punctuate the song.

Uly – Pak It In
Taken from Uly’s brand new E.P, ‘Pak It In’ is a melds a mellow neo-soul beginning with a vivid rhythmically rich core giving the track a sense of high contrast.

Bonniesongs – Barabara
Set against a palpable depth of field, isolating atmosphere and tense backdrop, the abstract ‘Barabara’ identifies Bonniesongs music as having an undercurrent of real intrigue.

Eve Belle – Out Of Town
The Mixed-Tape: There’s a glistening alt-pop undercurrent at the heart of Eve Belle’s latest offering ‘Out Of Town’. Set to serene production, the softly building soundscape gives way to a big ambitious chorus, giving the track strong stylistic ebb and flow that pays off in waves.

Vernon Jane – Full Grown
A collage of intricate melodic guitars, a bone-rattling beat and a powerful vocal that dominates the foreground, Vernon Jane’s latest offering ‘Full Grown’ is a short sharp shock of a track that covers the sonic spectrum with propellant ferocity.

Slaney – Lucky To Be Alive
A wonderfully smooth neo-soul track, ‘Lucky To Be Alive’ identifies Slaney as an artist with a well-definied sound via a song filled with lush hooks soulful vocal weaving, and a hint of tropical-pop.

Dashoda – In Between
With its shuddering beats, washing synth textures and a softly delivered vocal, ‘In Between’ introduces the subtle-pop of Dashoda with a piece of music that is both patient and hypnotic.