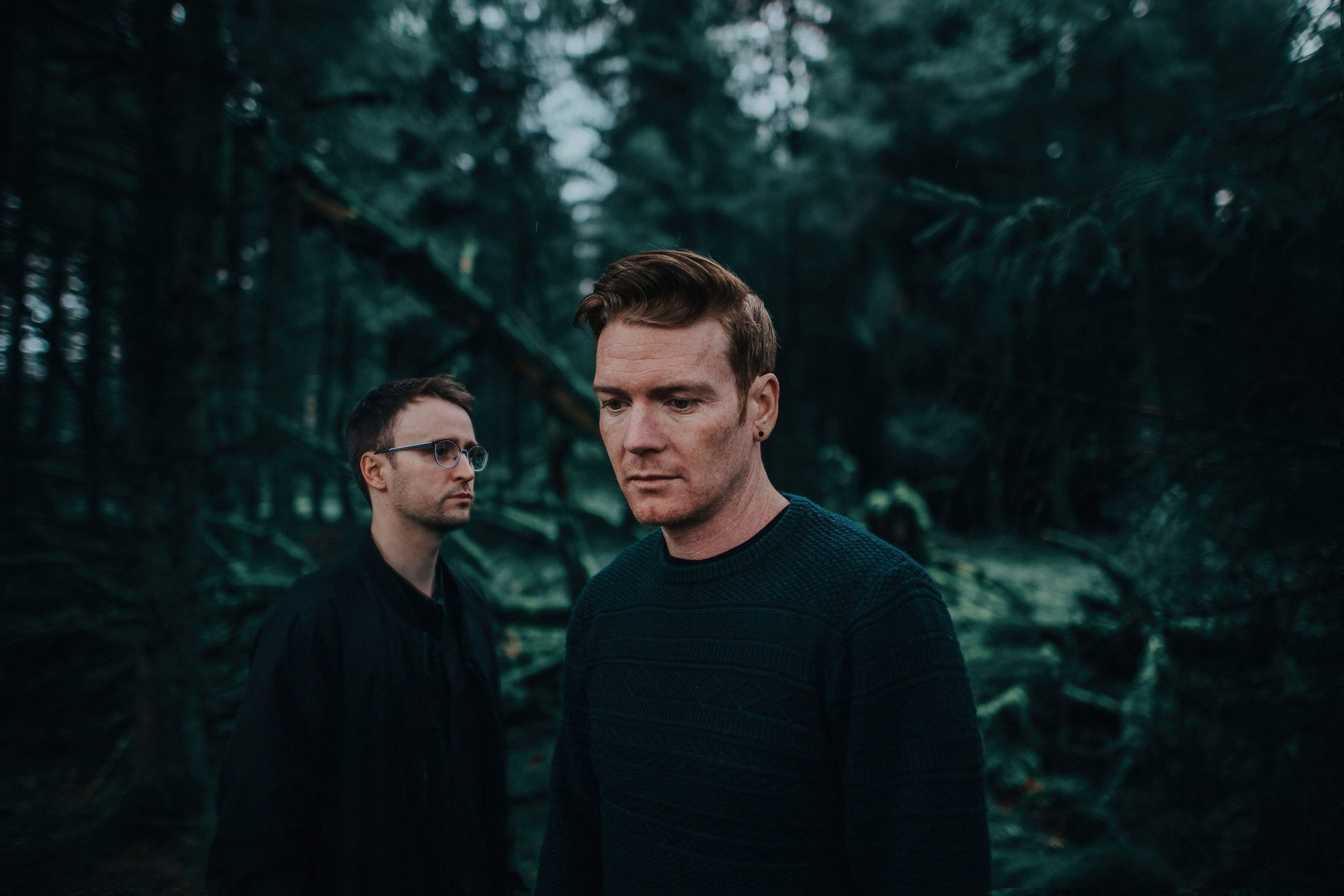 Elma Orkestra & Ryan Vail will launch the release of their collaborative studio album Borders with a show at the Workman’s Club in Dublin this Thursday, June 27th. Ahead of this week’s gig, both Ryan and Eoin spoke to the Last Mixed Tape about working together, inspirations and the Irish music scene as a whole.

Eoin: Fontaines D.C.s new album. We were in a biker cafe in London before our gig and the waitress recognised our accents and asked if we liked Fontaines D.C. I thought, ‘interesting… these lads are doing well!’.

Ryan: Nils Frahms Late Night Tales compilation. I have been slowly collecting all the compilations on vinyl these last few years.

Eoin: It was a mixture of GSYBE. Kind of on a binge recently.

Ryan: Cellophane by FKA twigs. Serious voice and her video for the track is absolute perfection.

Tell us about your new collaborative album, Borders and working with each other?

Eoin: Working with Ryan was/is great. We have a similar taste in music (mostly) and we share the love of old analog gear. So, when we opened our studios up to each other we had a multitude of toys to play with. The hardest part was keeping the sound pallet under control. Any sounds that have made it to the album have been scrutinised and are there only because they have to be.

With regards to all the non-musical elements of Borders, I’ve been looking after all the visuals, artwork and filming and Ryan has taken on the lights and lasers. So, we have our roles and it’s great when they come together in a complementary fashion.

In a nutshell, the Borders album is just asking people to recognise that beauty doesn’t stop at the border. If you look at the world through a wider lens, you see that we’re all just standing on a well-cooled cinder, watching the slow fading of the suns. Borders are a manmade thing. They’re not permanent and it’s worth remembering that whatever your thoughts politically, borders of any kind cause an obstruction. They restrict freedom.

Ryan: Elma Orkestra aka Eoin O Callaghan and I had toyed with the idea of working together for some time. I remember after Eoin’s Flutter album came out, it felt like the right time to do it. Both of our sounds wherein a similar place and we had something very important to write about. The Border where we both live.

The idea of the Borders album was to show and remind people there isn’t really a border. The trees don’t see it, the rivers don’t see it and the land doesn’t see it. It’s a man-made idea that’s causing a lot of issues that have never really been resolved.

Eoin: I’m loving a bunch of what I’m hearing. I’ve been knocking around doing different projects over the last 7 years and have been lucky enough to work with and play alongside a bunch of talented Irish people. Long may that continue. We’ve still got a lot more to say in this country.

Ryan: The scene here is extremely strong as in there’s loads of amazing acts now. The quality of music is at its highest, yet it still seems like the live scene itself could be supported a lot more. Less bands tour outside of Dublin now which isn’t great.

Eoin: We’re touring all over with new dates being added every week. We’ll be everywhere from Limavady to Mexico. The Borders show is going to grow over time and eventually, it’ll be performed with a full orchestra. There’s a lot of work that goes into doing something like that’ll keep me busy.

Ryan: We are both touring the show quite a bit. Starting in Dublin on the 27th of June in the Workmans Club and ending up in Mexico by October. So we have a pretty packed schedule of events lined up.

Tickets to see Elma Orkestra & Ryan Vail live at the Workman’s Club on June 27th are on sale now via theworkmansclub.com. Support on the night comes from Moya Brennan and Stephen James Smith. Borders is out now via Quiet Arch.