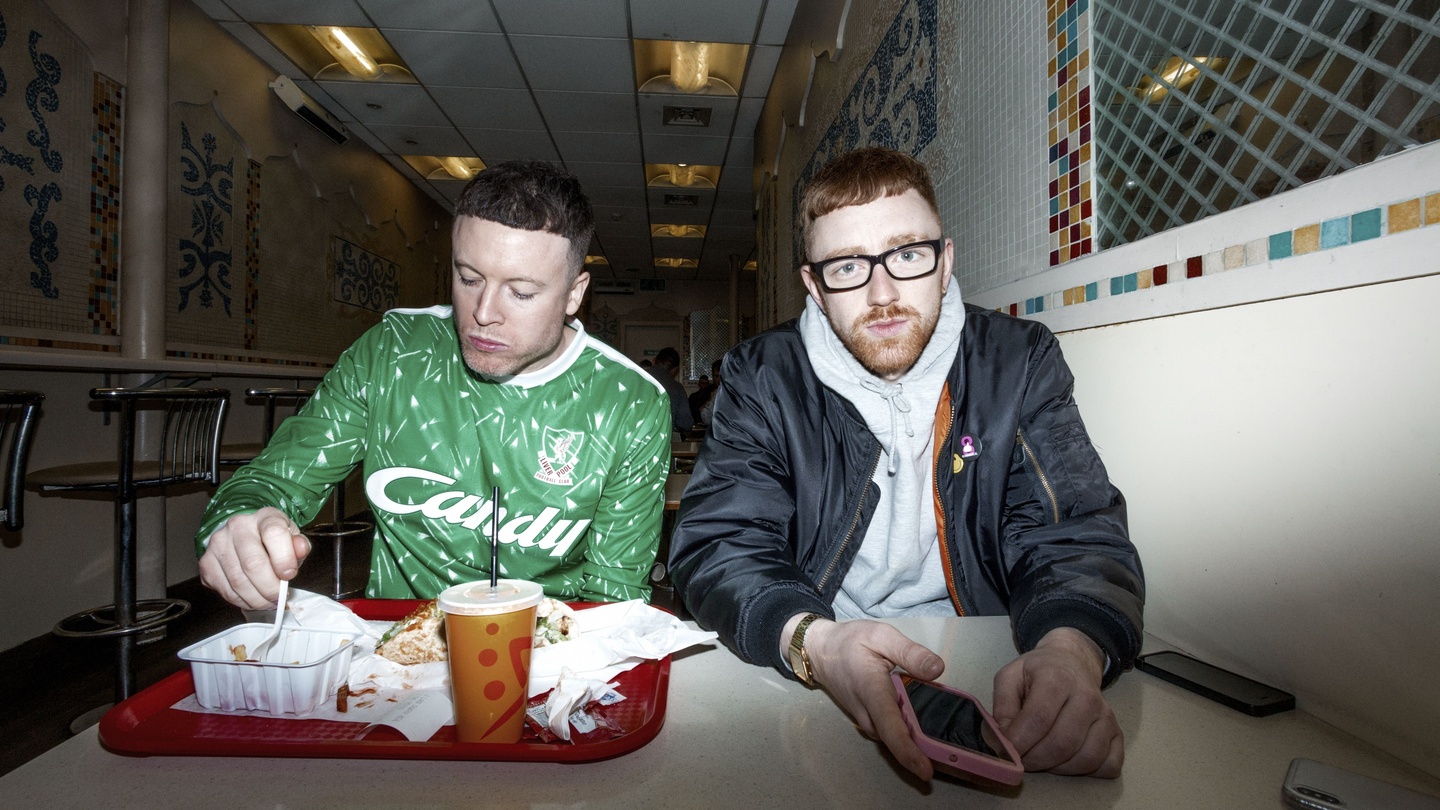 Mango X MathMan play the Hennessy Midnight Circus stage at Body & Soul 2019 this weekend (June 21st – 23rd). Ahead of their Ballinlough Castle set, Mango Dassle talks to TLMT about what drives him, what inspires him, and the Irish music scene.

“I feel like I have to. I spend my time walking around the inner city just taking in what I see and writing about it, that’s what inspires me.” Mango remarks when asked about what inspires him to make music. His work with DJ and producer Mathman has led to the Grime duo becoming one of Ireland’s must-see live acts resulting in stand-out sets at festivals like Forbidden Fruit, Longitude and Metropolis amongst others, as well as an upcoming Body & Soul 2019 set.

Indeed, the Last Mixed Tape has been present for several Mango X Mathman performances witnessing as Mango’s clear stage presence resonates with a devoted crowd who resite his raps right back to him, despite the fact that the pair have yet to release their debut album.  Speaking about the reaction to their live shows, Mango says “It’s not for me to understand. People see me out at gigs, other peoples gigs, and they know me, they know who I am. I think that’s what people relate with.”

“There’s been a resurgence. Younger people are finding grime through Spotify and Instagram and there’s a lot of great music being made right now.” Mango continues, musing on how and why Irish audiences are finding and connecting with Grime artists. “I think they relate to what they’re saying and what they’re wearing ’cause they saying and wearing the same things. American hip-hop can be ostentatious, but grime is grounded.”

This connection is indicative of the bustling Irish hip-hop scene in 2019 with artists like Mango X Mathman, Kojaque, Jafaris, and more making waves not just here but abroad. Speaking about the current state of Irish music, Mango states, “We’re making new sounds, there are newer voices coming out. It’s cool to be Irish now, and it’s not “paddywhackery” either.”

Recalling the early days of Irish hip-hop, he continues “Back then people we still trying to figure it out, there were no rules to follow or online videos to tell you what to do. Also, they were working class people writing about working-class life but had people living the Celtic Tiger saying “That’s not real, you don’t live like that. That’s fake” even though they had no idea what they were talking about.”

When asked what drives him, Magno states clearly “This is it. I have no backup plan. I can’t do anything else. We’re all here for the buzz, and I’m just the buzz conductor. I want to give people who don’t have money, who are getting squeezed by living and working in Dublin the best night possible because that’s what I want as well.”