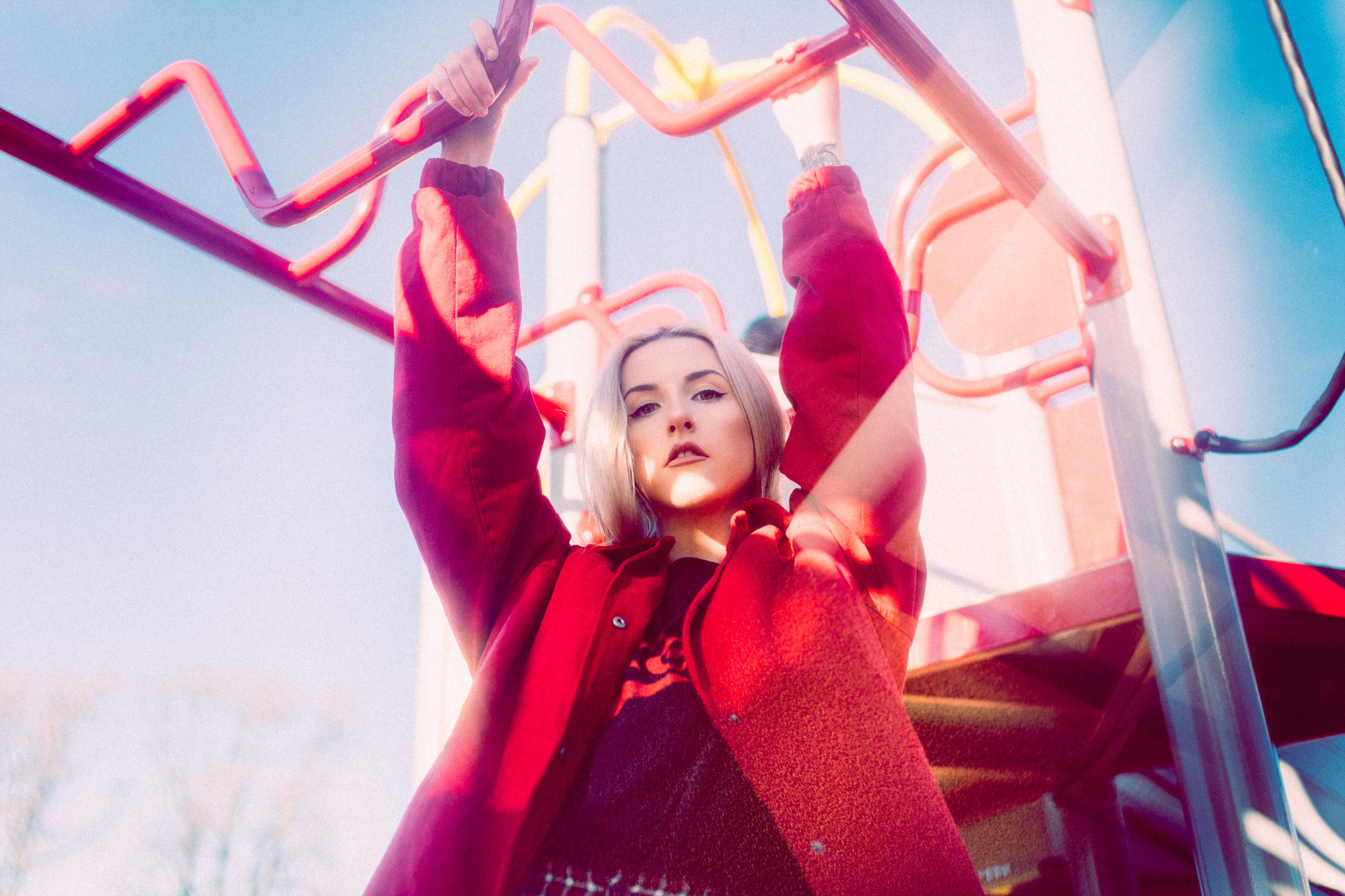 Laoise is having a breakthrough 2019 already with the release of her stellar new E.P. Mad and several high-profile festival slots this summer including Body & Soul 2019. The rising electro-pop artist recently spoke to the Last Mixed Tape about what’s she’s listening to right now, inspirations and future plans.

Billie Eilish’s new album! I’m such a fan of her for the past few years, it’s really cool to see her watch her flourish, breaking records at just 17! It’s funny, I would have been intimidated by her age in one way, but I’ve learned that comparison is such a killer and it’s not going to do you any good. Billie is incredible for breaking the teen superstar stereotype by steering her own career and vision alongside her brother Finneas. Her set at Coachella looked INCREDIBLE. I loved that she used a bed as a prop to stand on and for nothing else, especially as a young female artist – that didn’t feel the pressure to sexualise herself if she didn’t want to.

Khalid & John Mayer’s new song ‘Outta My Head’. I’ve been playing this on loop since it came out, no joke. There’s something about its simplicity that feels so good every time the chorus kicks in. Obsessed.

Conversations usually. I think about the way people say things or explain things a lot. Language is so powerful, it’s crazy to think the difference one word can make to a whole sentence, so I’m usually inspired by the way people see and explain their view on the world.

Tell us about your new E.P. Mad, and how it was written/recorded

Mad is such a fun EP and I’m so happy that people are loving it. I sort of feel like I’ve arrived at a certain destination in my life as a 22-year-old where I’ve learned to put my self-worth at the forefront of all my decisions, and it’s meant that I’ve become happier and I’ve let myself be who I am without thinking of other people’s judgement. I co-wrote and co-produced with Seán Behan and Richey McCourt and we literally just laughed our asses off the whole time, I’m surprised the EP got done! We referenced a lot of eighties classics – duh, obsessed – and I guess that shows, but I got to put my own spin on things as well. The EP has a song on it for every strong emotion – anger, determination, heartbreak and infatuation. In one way, it almost feels like a debut for me because I feel like I’ve transformed into a whole new person to who I was only two years ago. It’s nice that my music is evolving in the same way as I am in my life.

You play Body & Soul this summer. What can people expect from your set?

I do! I’m so so excited for festival season, it’s like Christmas! I’ll be playing the EP live for the first time which is so exciting for me. I remember when writing these new songs I kept thinking ‘AH this is going to be so cathartic live!!’ So expect lots of energy and maybe even crying, who knows.

What other acts on the line-up are you looking forward to seeing?

I’m looking forward to seeing Flynn, Fia Moon and SOAK. I’ve been fans of all for a while but I’ve never gotten the chance to see them live so that’ll be so fun!

What are your future plans?

Well, I’ve just released a music video for ‘Mad’ (see below), the lead single from the EP, and I’m hoping to get some other music videos done for the others on it. I love adding visuals to my songs because I get to put an idea from my head into something other people can watch an understand. I’m really looking forward to playing new songs live too at Indiependence, Kaleidoscope Festival and Lollapalooza in Berlin