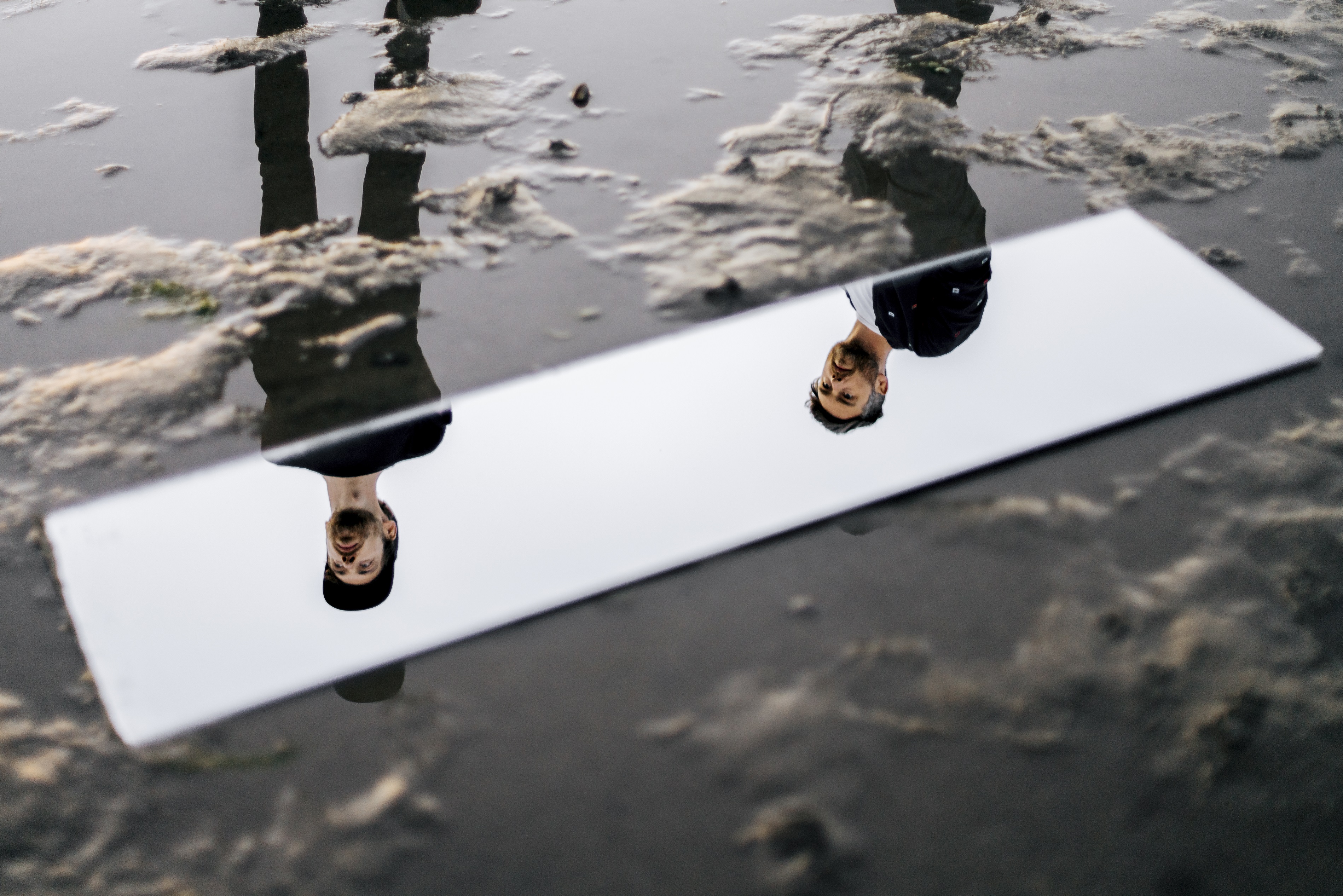 All Tvvins will release their sophomore studio album Just To Exist and play a headline show at the National Stadium this month. With the record only days away, Lar Kaye and Conor Adams recently spoke to the Last Mixed Tape about writing their second album, working with producer James Vincent McMorrow and what influences their music.

“For your first album you have all the time in the world to write it, for the second we’d just finished touring and it was like, okay time to make the next one and that’s easier said than done.” Conor Adams remarks frankly on the contrast between making All Tvvins Choice Music Prize nominated 2016 debut IIVV and the upcoming Just To Exist. “There wasn’t any pressure” he continues “now we get to do what we want but just to a higher standard”.

In the almost three years since IIVV, All Tvvins’ music has evolved with the recent singles ‘Hell of a Party’, ‘Build A Bridge’ and ‘Better Than Here’ each introducing an added clarity to the duo’s vivid electro-pop sound. “Hell of a Party’ set the bar. There’s a lot more space on this record.” Lar comments, marking out the different approach taken to working in the studio during the making of Just To Exist. “Last time we tried to fill every second with as much as we could. In the past, I’d stick on all of my effects and just go for it. This time James (James Vincent McMorrow) was like “prove to me you can write a melody first without all of this. I know you can, so just relax and do it”.

“When we started working with James, we did ‘A Hell of a Party” in two days” Conor elaborates. “it went so smoothly. He got in touch and asked if we wanted to an album just like that”

With friend and collaborator James Vincent McMorrow, known for his critically acclaimed records We Move, Post Tropical and Early In The Morning, in the producer’s chair, All Tvvins had another ear in the studio to bounce their ideas off. Speaking about how McMorrow’s input affected the making of Just To Exist, Lar says: “His work ethic is insane. We knew we had to up our game. Cause James is a singer, a songwriter, guitarist, all of that, so he had a take on everything. You couldn’t hide from him. That was great because we ended up trusting our instincts and making the record we wanted to make.” Conor adds, “So this time, less was more, does the music serve the song. What does it add?”

This new ethos of making space and serving the song can be heard all over Just To Exist, speaking about what inspired the music and the songwriting, to begin with, Conor Adams states “I write from a place of, everything is fucking shit but it’s gonna be okay. But this record is more like a snapshot of scenes or pages from a book, not real stories. The sound is more like something you’d drive to, that movement. We’ve put some photos on our Instagram of things like Route 66, the road but in sunscapes. I think the point of doing that is to show the mood of the album. It’s the perfect record to throw on in your car and just drive, wherever that goes.”

Just To Exist by All Tvvins is due for release on April 12th (pre-order via alltvvins.net). The duo will play a headline show at the National Stadium in Dublin on April 13th with support from Sorcha Richardson. Tickets via ticketmaster.ie.