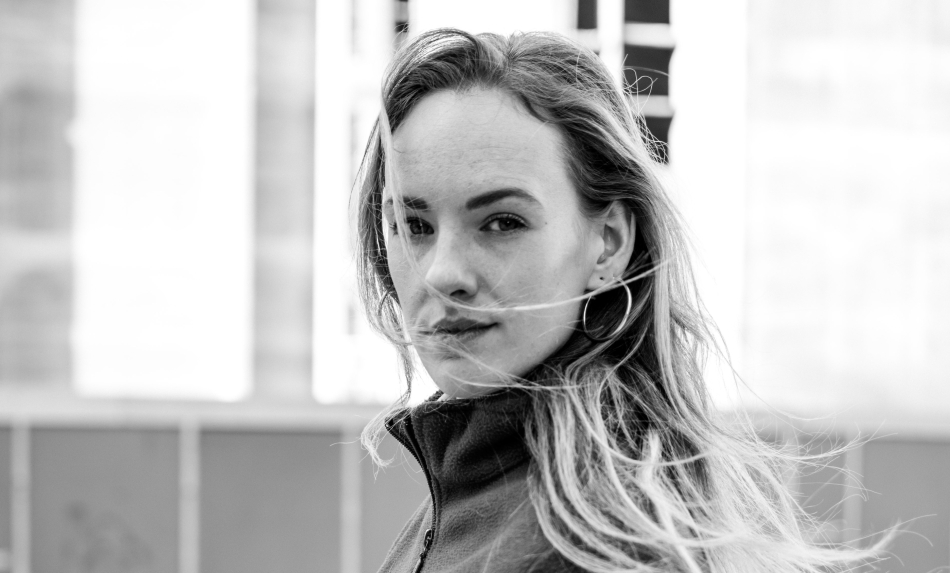 Jackie Beverly will play her first full band show at the Last Mixed Tape’s 5th birthday celebrations on February 7th at the Sound House. Beverly recently took the time to talk to TLMT about her debut single ‘Out of Reasons, influences, and more.

As one of Ireland’s stand-out emerging artists on the scene, Jackie Beverly is a songwriter who has begun to find the sound she wants to make, especially when it comes to her first offering, ‘Out of Reasons’. Speaking about this journey to find her own sound Beverly says: “When I first started writing music, it was from a folk background and I felt a bit limited with the type of songs I could write. I’d never gone into a studio and worked with full production before, so I wasn’t sure of what sound I was capable of making.”

“Then, I went to a Haim gig.” Jackie continues. “I saw they’re energy and what they brought to their music. When I went home, I was able to imagine a bigger sound for my songs. So, I started writing ‘Out of Reasons’ with that in mind. Big drums, 80’s vibe, stuff like that. Luckily I had worked with Darragh Nolan before, and I was able to go to him and ask was it possible to do that with the song. He was great, he was able to hear what was in my head and put it in the track.”

Indeed, this new bigger sound has resulted in Beverly playing with a full band for the very first time. Describing how this process has inspired her music going forward, Jackie reflects: “This is the first gig (TLMT 5) I’ll be able to play the style of music I’ve been wanting to play for so long, and I’ve got some amazing musicians behind me. In practices, I’ve beginning to see what is possible to do live, and that has broadened my horizons so much.”

‘Out of Reasons’ was realised to considerable acclaim on the Irish music scene, not least of all from the Last Mixed Tape, for its tender alt-pop sound striking production. When asked about how Pop music has seen a resurgence and evolution in recent years Beverly says: “Pop has been reborn again into something people have no qualms about liking. The music is so much fun. There’s a lot of badass woman making it and standing up for what they believe in. A lot of it is about spreading a good message about feminism, as well as music you can dance to.”

Tickets to TLMT 5: Sorcha Richardson / Jackie Beverly / Dowry live at the Sound House on February 7th are priced at €10 and are on sale now via Eventbrite. Doors are at 8pm. Photo by: Stephen White.