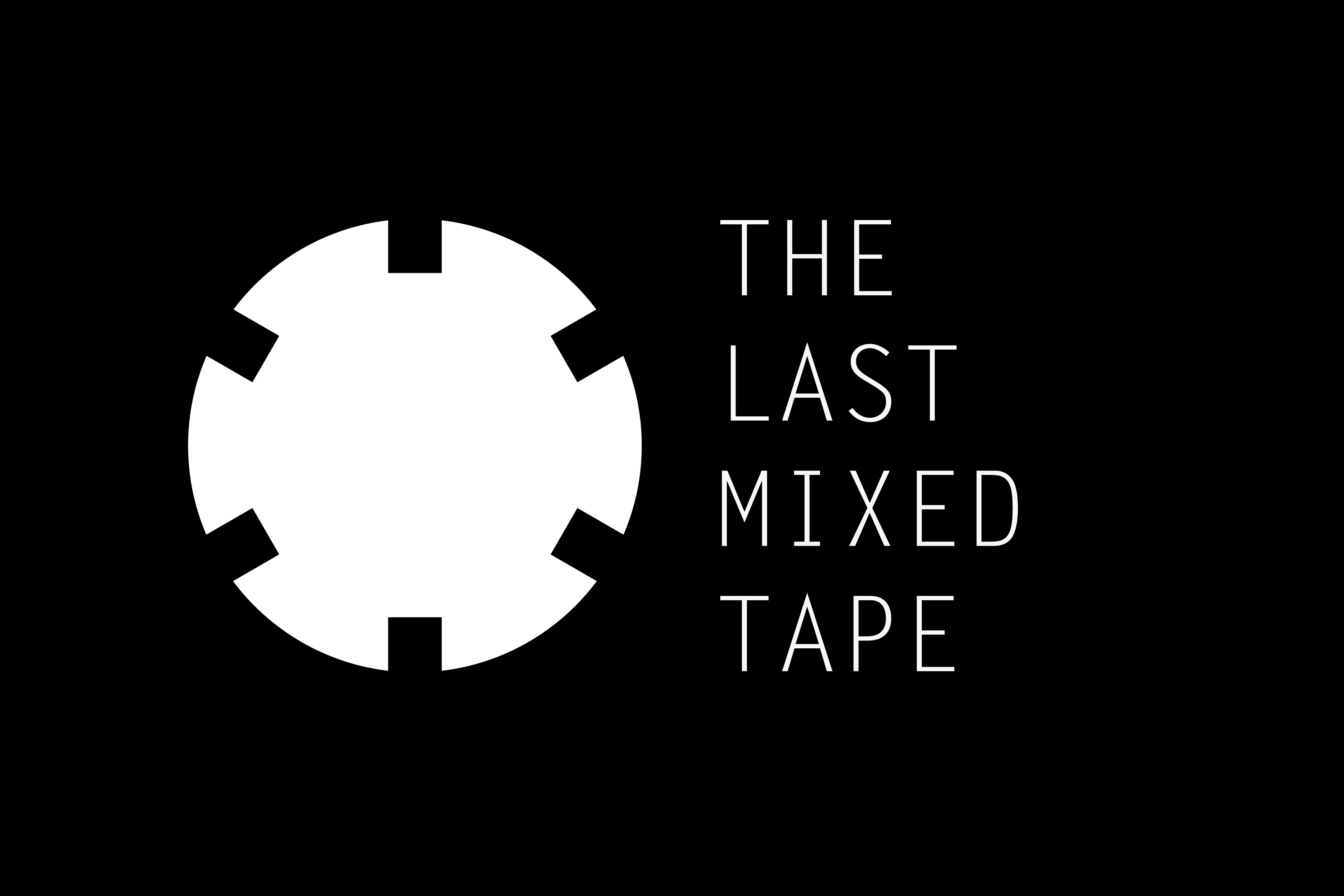 As 2018 comes to a close, the Last Mixed Tape looks back on the last year and comes up with its top 50 songs of 2018 Spotify playlist. See full countdown below.

50. Ódú – Roots
A refreshing synth-pop gem that exudes lush tropical-pop production, pulsating beats and rich melodic vocals, ‘Roots’ is Ódú’s most accomplished outing yet. Set to hooks and harmonies from start to finish, this pin-point three-minute pop track revels in all the best aspects of the genre whilst adding new vivid sounds to the mix.

48. Hvmmingbyrd – Papillon
By far the most ambitious effort from Hvmmingbyrd, ‘Papillon’ is a sonically dense outing with a deep multi-layered production and vivid backbone of beats, melody and harmony.

47. Orchid Collective – Forces
The evolution of Orchid Collective continues with the expansive, icy sound of ‘Forces’. Incorporating glistening synth textures into the group’s widescreen sound, the single marks a point of further growth from the band.

46. Dowry – In É
A beautifully layered soundscape of lush strings, ‘In É’ makes for an instantly enchanting listen due to the evocative musical world created by Dowry.

45. Talos – See Me
A beautifully set widescreen soundscape with an awe-inspiring depth of field, the music of ‘See Me’ is a captivating return from Talos that adds new layers and textures to his sound.

43. Mimi Lane – I’m So Scared
Big on ambition and sound, the full-tilt pop production of ‘I’m So Scared’ makes an instantly attention-grabbing introduction from Mimi Lane, as the song moves from gentle reserved verses to large-scale choruses that swing for the fences, and finally to a powerful crescendo brought to life by Lane’s magnetic vocal performance.

42. BARQ – I’m Blaming You
This collision of BARQ’s individualistic sound and the fuzzier hook based feel of ‘I’m Blaming You’ not only identifies a break into new territory for the band but their most focused work to date.

41. JyellowL – True Colours
The smooth beats that move behind JyellowL’s fast-paced delivery on ‘True Colors’ make for a powerful juxtaposition in a song filled with infectious hooks.

40. Pine the Pilcrow – Only Ghosts
A delicate highlight of Pine The Pilcrow’s E.P, ‘Only Ghosts’ has a dramatic sense of atmosphere with the song’s melancholy music and lyrics setting the scene for the group to weave their organic sound around.

39. Lisa Maria – Silhouette
Giving a dynamic edge to Lisa Maria as an artist. ‘Silhouette’ is a giant leap forward that makes great use of its highly-stylised production to tell something personal and intimate.

38. Nnic – 8th Wonder
The follow-up to ‘Pillars’, ‘8th Wonder’ is a song built upon an ambitious production, far-reaching synth lines and a lead vocal from Nnic that melds, weaves and twists itself around the powerful pop music in a way that feels instantly captivating.

37. Rosie Carney – Thousand
Rosie Carney returns with a heartfelt glimpse into her upcoming debut album Bare, weaving her voice with Lisa Hannigan’s the gentle deep atmosphere of the ‘Thousand’ is as inviting as it is engrossing.

34. Party Fears – Dog Star
Party Fears’ ‘Dog Star’ finds the group returning with their own singular take on the indie genre. A contorted, dynamically twisting and brooding track, ‘Dog Star’ also contains an off-kilter infectious hook that is uniquely theirs.

33. Participant – Coast
Marking a sea change in sound for Participant, ‘Coast’ is an intimate and isolating take on the folk genre shrouded in a sense of icy atmosphere that gives way to a large tide of string swells that engulf the song and just as suddenly disappear.

32. Touts – Can’t Blame Me
Unapologetically hard-hitting, ‘Can’t Blame Me’ is the sound of Touts using the feral rock edge of their music to full effect.

31. Melts – Skyward
An intense and ambitious track, ‘Skyward’ finds Melts crafting a six-minute epic that is unrelenting in its sound and scope.

30. Beauty Sleep – The Feeling Back
Beauty Sleep’s incredible run of dream-pop gems continues with the glistening sound of ‘The Feeling Back’. A serene synth-led track, this single could very well be the trio’s breakthrough.

28. David Keenan – Two Kids
A sprawling epic taken from David Keenan’s brand new E.P. Evidence of Living, ‘Two Kids’ is the type of song that weaves its spell around the listener and draws them into its world via a pair of understated yet powerful vocal performance from Keenan and Laura Quirke.

27. Spies – Ho Chi Minh
A buzzing atmosphere pushes down on the floating sound of Spies latest offering ‘Ho Chi Minh’ resulting in a sonically rich single that pays off on all of its ambition.

26. Maria Kelly – july
The second single to be taken from Maria Kelly’s upcoming Notes To Self E.P, the delicate yet tense atmosphere of ‘july’ weaves a spellbinding soundscape behind Kelly’s subtle but deeply engrossing vocal.

25. Le Boom – Animal
Taking a more atmospheric edge, Le Boom’s latest offering ‘Animal’ expands upon the duo’s previous work with shimmering production, unrelenting beats and hook-filled passages that firmly establish the group as a force to be reckoned with.

24. Lilla Vargen – Believe Me
A slow burning track, steeped in texture and slight electronic flourishes, ‘Believe Me’ is yet another promising step in the evolution of Lilla Vargen.

23. Thumper – Down
‘(You’re Bringing Me) Down’ finds THUMPER taking the listener on an intense seven-minute epic kaleidoscopic collision of noise, indie-pop and alt. rock flourishes.

22. ROE – Hey, Thomas
A breakthrough for ROE, ‘Hey, Thomas’ wraps a pointed vocal with hooks, melody and a lush production, resulting in an absolute gem.

21. Molly Sterling – Stripped Down
An emotionally weighty song, ‘Stripped Down’ ebbs and flows via the power of Sterling’s powerful lead vocal that pulls the intensity of the sonic backdrop lies waiting beneath. Resulting in yet another step into new and interesting territory for Molly Sterling as she further redefines herself as something more unpredictable.

20. Delorentos – In The Moment
Merging delicate hooks, sing-a-long choruses and pin-point songwriting into one big radio hit, the song highlights that Delorentos did not sacrifice who they were as a band along the way.

17. Ailbhe Reddy – Shame
From the outset, ‘Shame’ is a far different affair from Ailbhe Reddy’s previous offerings. Delving into more overt synth/alt-pop territory than Reddy has done before, the sound of ‘Shame’ creates a fully-realised backdrop of lushly produced music for the raw lyrical content to meld with. Resulting in a more defined impact.

14. Jackie Beverly – Out of Reasons
A patient track, ‘Out Of Reasons’ is a song that feels carefully crafted. The breathy atmosphere, emotional songwriting and striking pops and clicks of synth textures that underline the music, all single Beverly out as an exciting new prospect on the scene. An impressive feat for a first offering.

13. Vernon Jane – Fragile
A song that bristles with spiky uncompromising sounds, ‘Fragile’ is wrought with agitated cacophonous bursts of sound, off-kilter melodies, and a vocal that demands your attention beginning to end.

12. Villagers – Trick of the Light
There’s a beauty to the music encapsulated in ‘A Trick Of The Light’ that’s cast right across the sonic canvas of The Art Of  Pretending To Swim one that resides in the intimacy and relatability of the songwriting.

11. James Vincent McMorrow – Me & My Friends
Taking on an almost electro R&B feel, ‘Me & My Friends’ continues McMorrow’s exploration of his own sonic boundaries. Bouncing with rhythm, summery synth lines and a laid back vocal from JVM all portray a music that has meaning in the sound.

10. Montauk Hotel – Stains
The expanding sonic scope of Montauk Hotel continues with the widescreen indie shimmer of ‘Stains’. From its textural guitars, pounding beats and reverb-drenched vocals, ‘Stains’ is a work of intricate pop songwriting and a production with a strong depth of field.

9. Just Mustard – Tainted
The forward motion of ‘Tainted’ adds to the tension that boils underneath the entire Just Mustard’s debut album Wednesday, making sure the listener is never quite at ease.

7. Havvk – Always the Same
The bone-rattling drum beat, unrelenting guitar lines and upfront vocals of ‘Always the Same’ convey the frustration and the fury behind Havvk’s latest single. Aimed at exposing female objectification and flipping it on its head, the band deliver a pulsating alt-rock that needs to be heard.

6. Sleep Thieves – Sea Of Shadows
The deep dark atmospherics of ‘Sea Of Shadows’ play like to the score to a long forgotten movie playing in an abandoned cinema. Sleep Thieves evocative music pushes forward with an unrelenting synth line that cuts right through the trio soundscape crafting sound.

5. Pillow Queens – Gay Girls
Pillow Queens sound continues to evolve and grow out from their earlier recording with ‘Gay Girls’, a song with precise guitars, dynamic ebb and flow and defined hooks.

4. Laoise – Again
‘Again’ is the track Laoise has been on the cusp of releasing since she first burst onto the scene. A full-blown electro-pop banger, Laoise’s latest offering is her most accomplished to date with a production that sizzles, hooks that pull you in and choruses that swing for the fences.

3. AE Mak – Too Sad To Sing
AE Mak stands alone in terms of genre-melding music. The latest offering ‘Too Sad To Sing’ is a breath-taking journey into a world of rhythm, synth pops and clicks, and enchanting vocal lines.

1. whenyoung – Pretty Pure
The type of song you’ll find yourself hitting repeat time and time again, ‘Pretty Pure’ is simply a joy to listen to from start to finish, and identifies whenyoung as a group on the cusp of something great indeed.