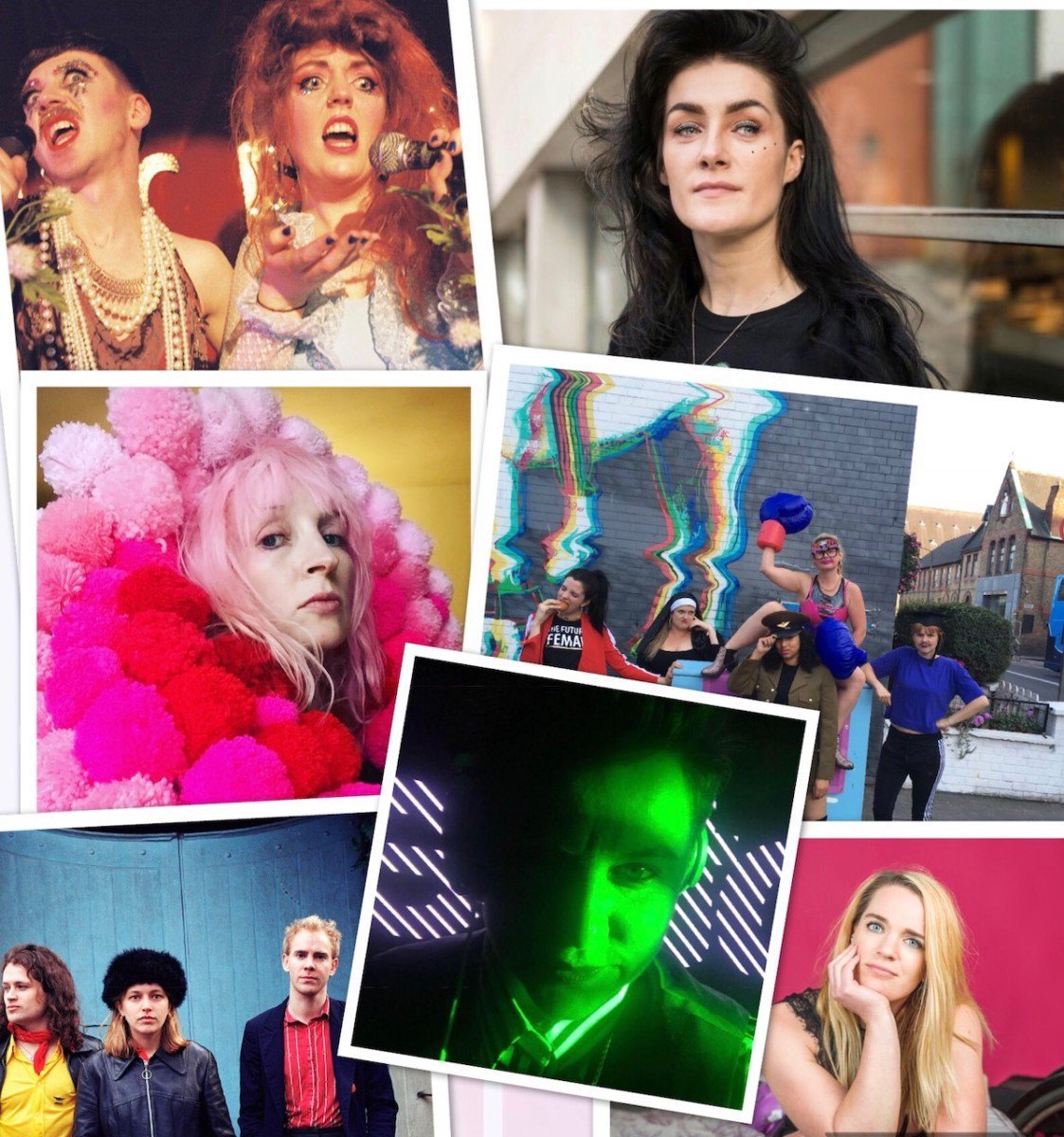 As we sit in the upstairs of Kaph cafe after over an hour of chatting about all things Irish music, Kate and I finally begin the interview with how Fat Puppy came to be a reality. “The marvelous Jenny Wren, who is the programmer for Body & Soul, sent me an email out of the blue asking about curating a stage at Electric Picnic” Kate recalls. “and I was like “wow, yeah! Of Course”. She was looking to create a new queer space at the festival and wanted me to be the one to make it happen. It was daunting at first but I knew immediately that I was going to do it.”

“I want to create a house party in the middle of a field in Stradbally, and fill it with things that are a bit subversive and a bit underground.” she continues. “Somewhere that if you’ve never seen anything like this before, it might help you to shed some of your own inhibitions.

This willingness to subvert expectations can be seen in Fat Puppy’s line-up, carefully curated with this overall concept in mind. “It’s got more female energy, I deliberately did that.” Harding comments. “We’ve got Louise Bruton, it’ll be her first ever DJ Set. I’ve heard some of it already and basically people are gonna be really feeling themselves (laughs), then there’s the amazing Glammo, Whenyoung are going to bring a live element to it, Claire Beck and friends of hers will be presenting Naughty Party, which is a totally new thing they’re doing, they will be DJing their own songs with hilarious outrageous performance to the music and you might get things thrown at you too!

“We’ve also got Spice Bag which is a subversive underground party. When it gets later, myself and Glammo will go back to back, and I might even throw in a Spice Girls track for fun. And finally we’re going to have a very special set from MayKay, I can’t tell you what she’ll be performing but I can say it will be amazing.”

Indeed, Kate reassures me that even the Last Mixed Tape would find something to love about Fat Puppy. “Even you would be dancing, Stephen” Kate exclaims, laughing. “Whether it’s indie music, pop music, disco… whatever. I want people to fall into it regardless of taste”.

Remarking on the need to find a place you feel at home in, especially when a festival is as big as the Picnic, Kate remarks. “I think Electric Picnic has gotten so huge that you just can’t see everything. I think it’s about finding a place where feel you belong. And I think Fat Puppy can be that for a lot of people, I think they’ll drawn to it and notice something different’s going on. Kind of like moths to a flame. As David Bowie says it’s for the kooks and just having fun with everyone. When it gets to two in the morning I want to be dancing and smiling with the people beside me.

Fat Puppy will take place this Saturday night from 1030pm til 4am on the Earthship Stage at Electric Picnic 2018. For more information on this year’s festival visit electricpicnic.ie.