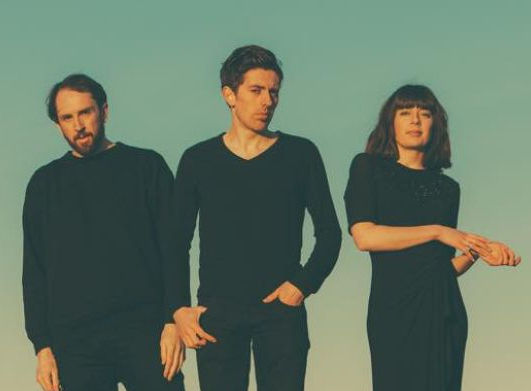 Paul Simon, I’ve been listening back through his catalogue. I think it’s the summer weather we’ve been having but I wanted the nostalgia of the summers of my youth. Also, they’re the best songs for singing at the top of your voice.

Tell us about how your recent single ‘Aching Bones’ was written and recorded?

‘Aching Bones’ (listen below) was one of those songs that came together very quickly in terms of writing. The tone and feeling of it was a good reflection of our mood that day I think (which is often how our songs come out). We tend to record as we go, to demo the song as we write it, and then return to it to add layers and finally rerecord at the highest quality. Since our album, You Want The Night we’ve worked with Rian Trench to mix the tracks and add the extra magic and finally we send it on to Aidan at Masterlabs.

It’s a tie between Aching Bones and Oceans. Aching Bones crept up on me as a favourite, it’s intense but also very freeing. I can lose myself in it. Oceans is such a fun song to perform, I feel it really reflects who we are as a band.

What are Sleep Thieves future plans?

We’re currently on the final mix an EP which will come out this Summer and we’re working on a second one. We’ve a collection of songs written and part recorded/demoed to be released later this year.

We’re looking forward to playing The Sound House for the Dublin Quays Festival. We’re playing more festivals this in August/September too, check out http://www.sleepthieves.net and keep up to date by following us across our social media.