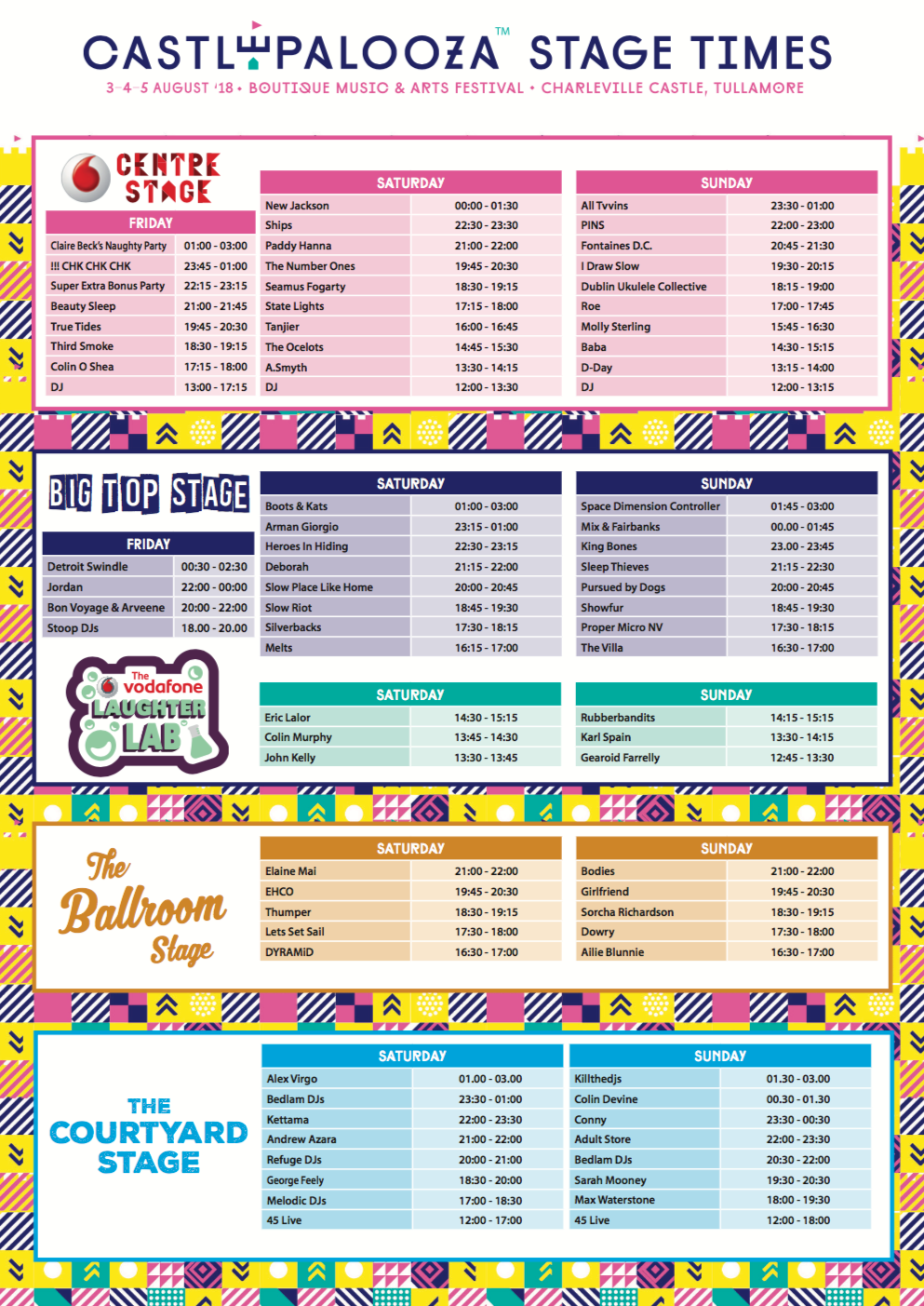 The Castlepalooza 2018 stage times have been announced today with only a couple of more weeks until this year’s festival.

Two Day Tickets to Castlepalooza 2018 are on sale now and are priced at €79, while weekend & Day tickets are also available from www.castlepalooza.com.