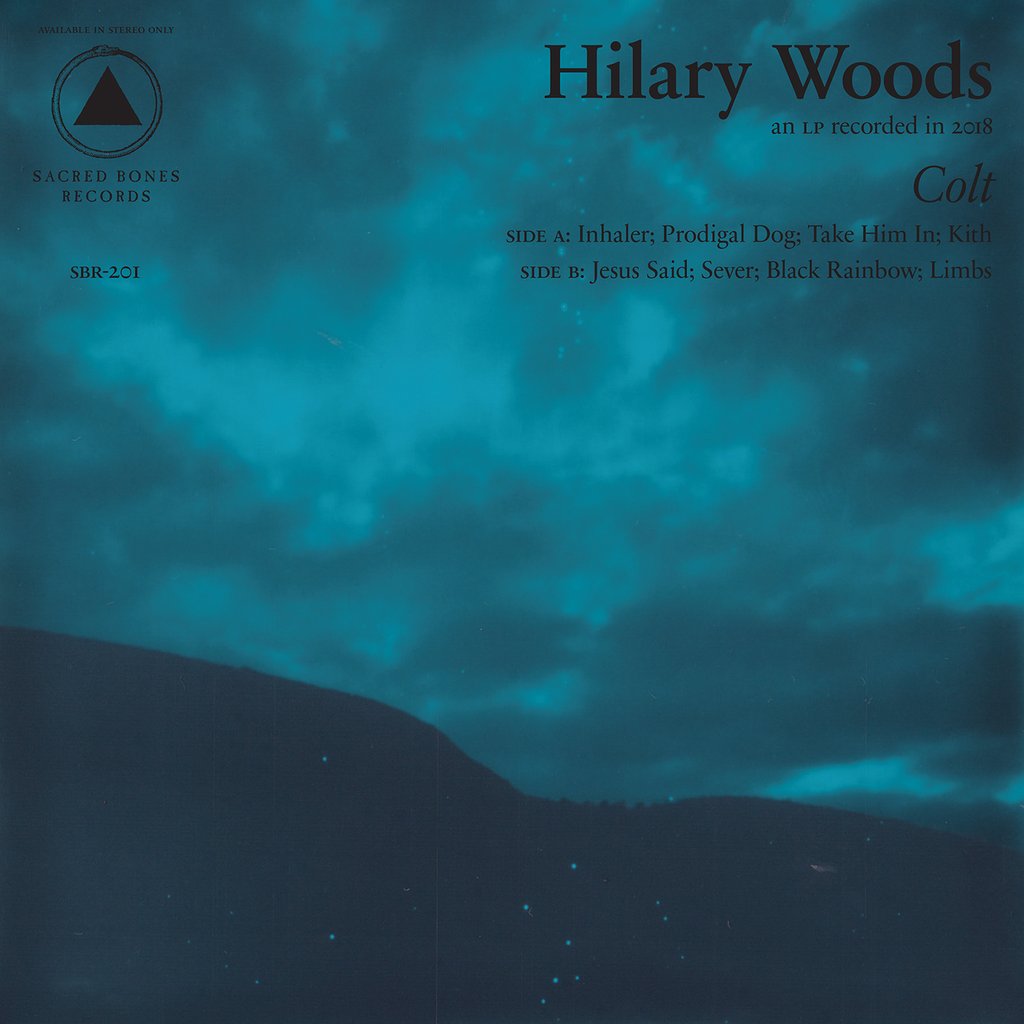 Colt is an album you’ll still be listening to long after it has ended. A record Hilary Woods has been making ever since her solo career began, the music of Colt expands and contracts, and stays with you.

Woods knows that ambiguity fuels imagination. We fill the spaces in her music ourselves, we interpret the meaning to each lyric through our own prism. Songs like ‘Black Rainbow’ are abstract, the long stringed background, twinkling piano and reverb-soaked vocal all obscure our vision of the music. There’s mystery in it. Indeed, the off-setting ‘Jesus Said’ seems contorted, like the echoes of a song once whole and pieced back together with string.

Indeed, there’s something broken about Colt. Throughout the album, Hilary Woods deconstructs her own songwriting. The lost sounding ‘Sever’ and slow-burning ‘Take Him In’, both live within the shattered atmosphere of Woods music but do so in contrasting ways. Instruments appear seemingly out of nowhere, delicately played with a feeling of spontaneity as if trying to remember the part it once played, giving the record as a whole a feeling of freedom within the isolation.

Things fall apart, Colt portrays what’s left behind, and what can be made, or remade, afterwards. That seems to be the thread line in Hilary Woods work, a sort of need to reconstruct from her imagination. There’s a dreamlike logic to the music. It all makes sense whilst you’re in the dream but the feeling that something is not quite right remains with you, even when you’re awake.

Colt by Hilary Woods is out now.