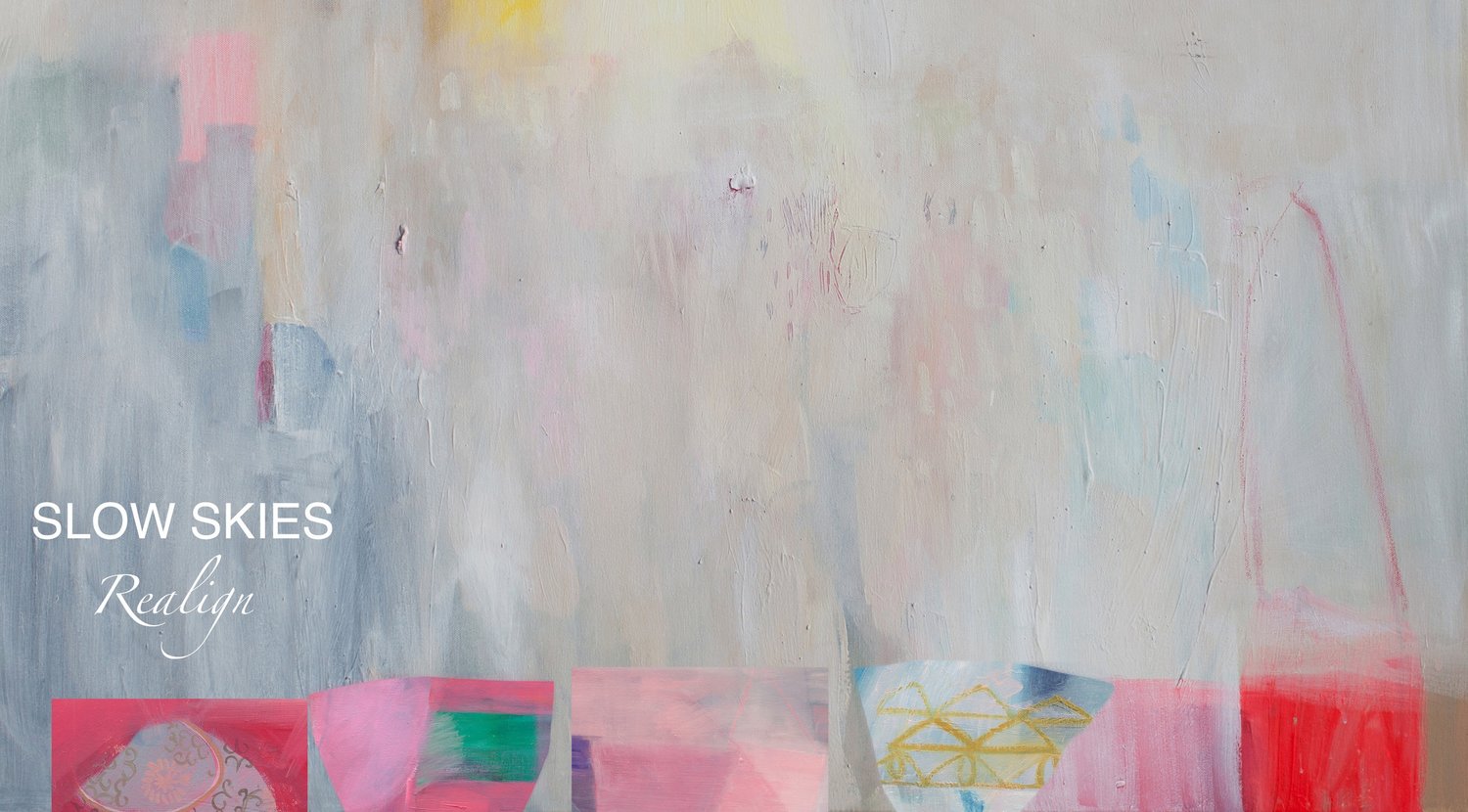 All too often the transportive qualities of music are overlooked in favor of instant gratification. Sure, albums are called “ethereal” but rarely is this description anything more than superficial. Slow Skies’ Realign, however, is truly a world unto itself.

Set against a backdrop of widescreen soundscapes, the depth of field found within Realign (see the distant drums of ‘Lilac Love’) is stunning. Brought into focus through Karen Sheridan’s hushed vocal, Slow Skies debut outing is a subtle but beautifully realized gem.

However, textures and production are not enough to make an album. Aside from the inviting sound of the record, Realign wrestles with the themes of heartbreak, isolation and emotional recovery throughout. Shone through a prism of Sheridan’s delicate lyricism, songs such as ‘Fire’ and ‘Patterns’ capture the uncertainty, fear and introspection found as a relationship ends (“I know you said you love me, but I have my doubts”). Delivered in two sonically distinct ways,  the melancholic intertwining music and the connection between songwriting and production makes for a wholly immersive listen. Whilst crucially never breaking from the overall sound of the album itself.

However, the most interesting aspect of Realign is how Sheridan shirks the usual expectations of “break-up records” via the titular realignment. ‘Dancing’ encapsulates this, up-tempo but in-keeping with the undercurrent of emotional hurt of what has come before it the track is a marking point for the rest of Realign. Allowing  ‘A Place In Time’ to bring the record to a fragile close as the journey sonically and emotionally comes to an end.

Realign is an album about Slow Skies. A deeply personal work, the album finds Karen Sheridan guiding us through her story, one we all can relate to. Debuts are usually a catalogue of songs dating back years and therefore can feel slightly disjointed thematically. Realign does not suffer from such problems. Portrayed as one whole experience that has a defined beginning, middle and end, Slow Skies first offering patiently takes us somewhere worth going.

Realign by Slow Skies is due for release on May 11th.