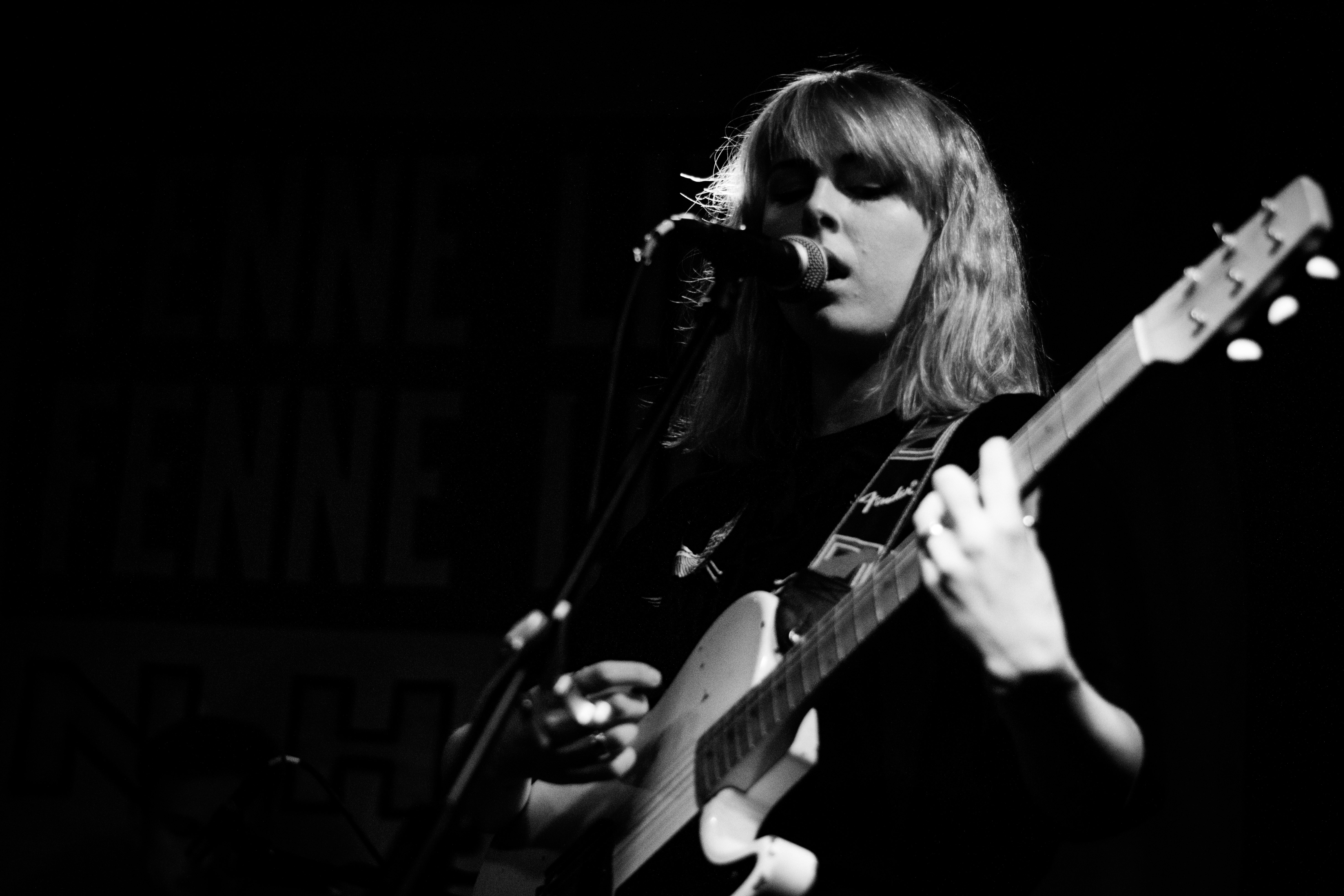 Indie artist Fenne Lily came to the Sound House in Dublin last night as she tours her latest record On Hold. The Last Mixed Tape was there to cover the show.

“I don’t think you should prioritise a life that doesn’t exist over one that does,” remarks Fenne Lily, speaking about the deluge of anti-abortion posters that have besieged Dublin city recently,  before entering into a fiery rendition of Angel Olsen’s ‘unfucktheworld’, putting to rest any doubt that Lily was an artist with something to say.

Indeed, Fenne Lily’s captivating set before an awe-struck crowd at the Sound House last night was all about communication. Lily is a storyteller lyrically and it’s only fitting that her live set is built around that fact. Stopping between tracks, she had the audience in the palm of her hand with funny, honest and introspective intros that drew from past relationships, life as a D.I.Y indie artist and how the songs themselves were written.

This sort of inclusion between the songwriter and the crowd made for a spellbinding set. Performances of ‘Top to Toe’ (a highlight of the night), ‘Carpark’ and ‘Bud’ were all given an added sense of significance as the audience watched, enthralled by each heartfelt performance by Lily and her band, whose deeply atmospheric sound melded nicely with the intimacy of the set itself.

Fenne Lily is an artist on the rise, that much was made abundantly clear. A songwriter who is capable of conveying all the hurt, want and isolation caused by heartbreak not only in the studio but live as well, Lily speaks clearly with each vocal, each word and each song. Her return to Dublin will be much anticipated.