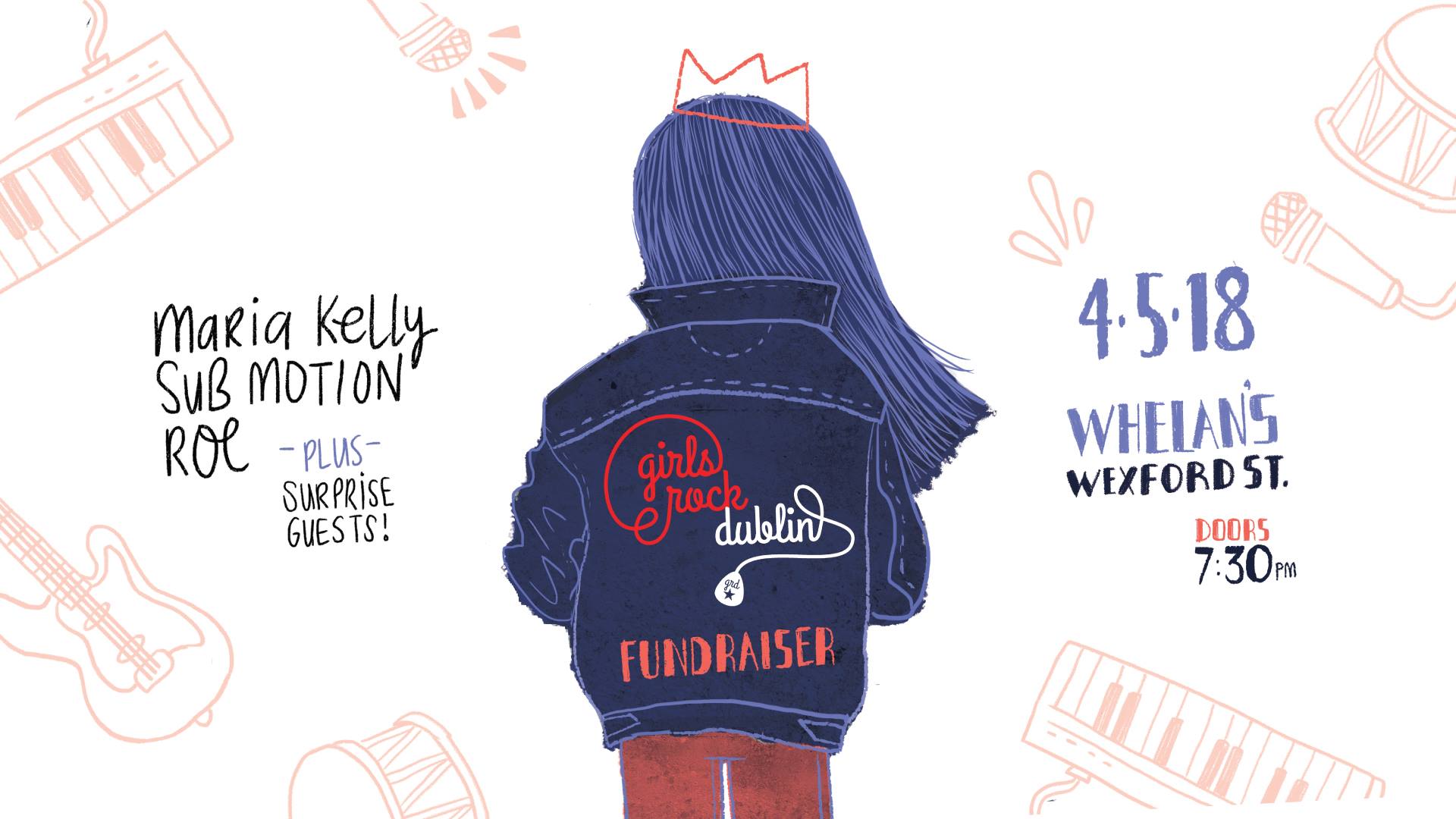 Girls Rock Dublin are currently taking applications for their 2018 summer camp and have just announced a fundraiser gig in Whelan’s on May 4th with Maria Kelly, Sub Motion, and ROE. GRD’s Cathy Ahearne recently spoke to TLMT about what they do, what inspired its formation and their hopes for the future.

What is Girls Rock Dublin?

Girls Rock Dublin is a music camp for 12-17-year-olds who self-identify as female (trans & cis) or gender non-binary, which will run this year from July 3rd-7th in The Sound Training Centre and Temple Lane Studios. Campers begin by choosing an instrument – guitar, bass guitar, drums, keys, vocals – and over the course of five days they receive instrument tuition, form a band, write a song and on the last day, perform that song for friends and family. One of the best things about the camp is that no previous musical experience is required to join!

Girls rock was originally formed in Portland, Oregon in 2001 and is now a global movement with camps in over 100 cities worldwide. It serves to offer young girls and women a chance to build self-esteem and find their voices in a fun, non-competitive environment. It’s also a great opportunity for campers to connect and form friendships through music, which hopefully they will carry with them through young adulthood and onwards.

I think there have been great strides in recent years in terms of representation of women in music but there is also a ways to go before it simply becomes part of our social structure. It’s important for young girls to have female role models and Girls Rock Camps help to provide these for the campers. Last year we were delighted to have SOAK, Wyvern Lingo, Soule and Hvmmingbyrd as guests. They came and performed and had a Q&A with the campers. It was awesome to see the impact that had especially in terms of confidence and I think it really shone through in the live performances at the end of the camp.

You’re now taking applications for your 2018 summer camp. What is your favourite memory from last year’s events?

Yes! Applications are open at girlsrockdublin.com/camp. Inclusiveness is one of the core values of Girls Rock, so we’ll make sure that applicants from underrepresented minority groups such as low income or ethnic backgrounds, queer, LGBT and/or with a disability, will have the chance to participate in the programme. We are also offering two scholarships which will be granted to applicants with low income. If anyone wishes to avail of the scholarships just specify that in the application.

Probably my favourite memory from 2017 Girls Rock Dublin was the amazing songs and performances at the end of camp gig. We were all just blown away, not only by the incredible lyrics and songwriting but also by the gutsy performances of all the campers. It was such a brilliant journey from start to finish and to see them performing their own creations, full of confidence, well that was a moment I won’t forget.

What do you hope people take away from this year’s Girls Rock Dublin camp?

I hope the campers will find the comradery that comes with being in a band, sharing thoughts and experiences and channelling all of these things into their own creative process together. On a wider level, I hope Girls Rock Dublin will provide a safe space for young girls to share their own experiences of the world, build their self-esteem and form long-lasting friendships and creative collaboration.

What does the future hold for Girls Rock Dublin?

So far the response to Girls Rock Dublin has been overwhelming! I have spoken to so many established musicians who shared their own stories on some of the social challenges faced when they were starting out, many times hearing the words “I wish there was something like this when I was younger”. It’s so encouraging to have the support of all of these talented, successful women. Most of all, the positive feedback from last years campers is something I think drives us all to keep supporting each other and aiming higher!

The Girls Rock Dublin launch party will take place on May 4th in Whelan’s with sets from Maria Kelly, ROE and Sub Motion. Tickets are priced at €11.50 (€6 Unwaged/ Student) via billetto.ie. Applications for their 2018 summer camp are open now via girlsrockdublin.com.