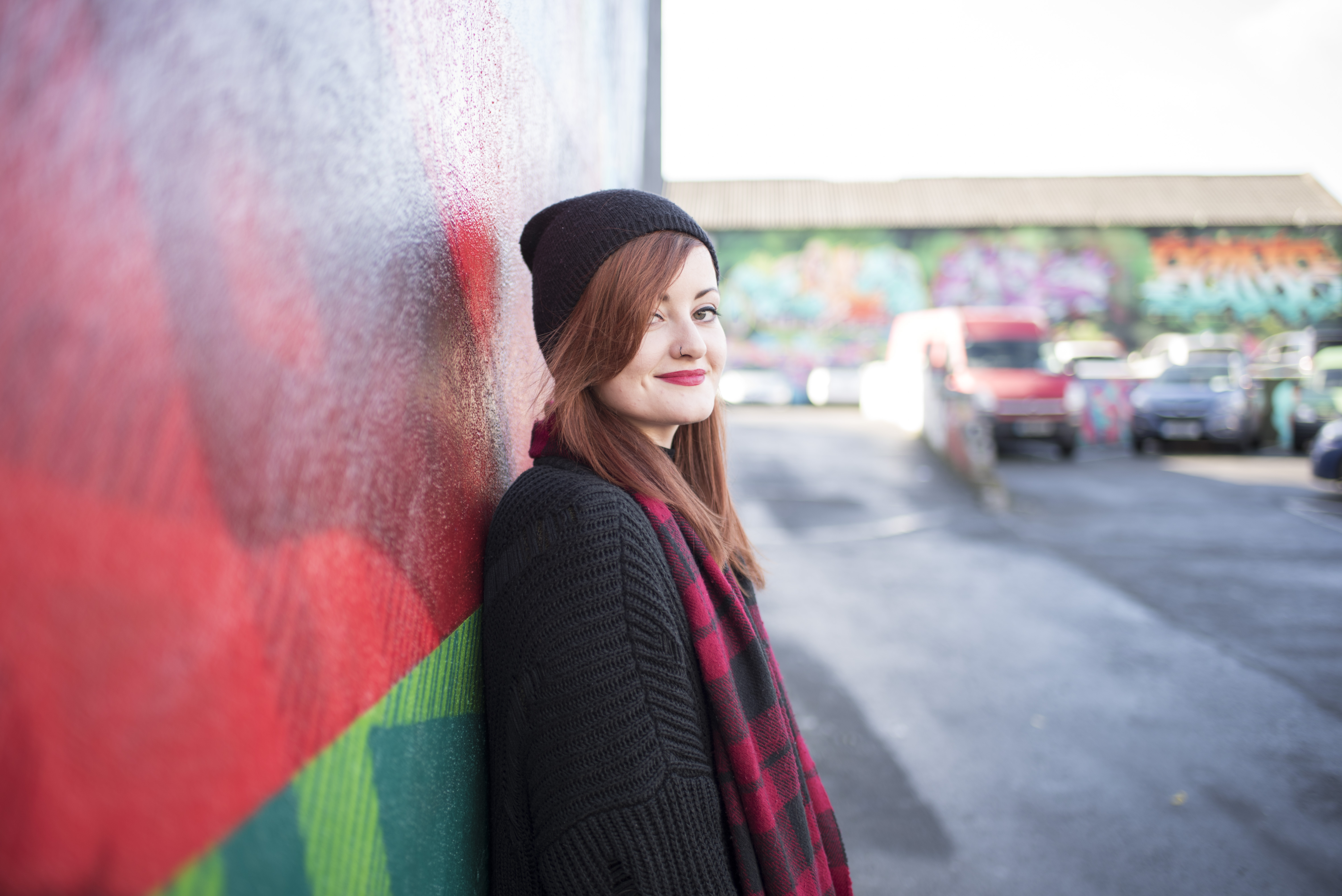 MNÁSOME is a celebration of badassery curated by women in the music industry!

What inspired you to first start Mnásome?

I was inspired to start MNÁSOME after seeing The Punk Singer for the first time which was on in the Lighthouse Cinema as part of TLMT on Film last summer.

Kathleen Hanna is so fiercely feminist! The way she stood up for herself and other women musicians gave me a sense of empowerment, as did her ‘take no shit’ attitude, her self belief and her boldness in speaking her mind and addressing issues women faced in every aspect of life, as well as in music and expressing themselves, really stirred something in me. She started Bikini Kill because she had something to say and her lyrics are still relevant.

Coming away from the film I was in awe of her and what she’d done so I decided I was going to start running gigs with women musicians performing their own material as well as covers of songs by women who inspired them.

Then I thought, “Fuck it! Why don’t I just start a whole blog!?”

You’ll be marking International Women’s Day with a show featuring a trio of Irish acts. Why put this show together with these artists?

Gigs were always going to be a part of MNÁSOME and I thought it would be fitting to have the first gig on International Women’s Day. I’ve also decided to donate money raised to a local women’s charity. For this gig, I chose the Dublin Well Woman Centre who provides health services and counselling for women.

For the lineup, I chose Vernon Jane, Ruth Mac and Montauk Hotel, all of whom are extremely talented musicians and songwriters, advocates for women in music, proud feminists and lovely people! I really respect what they do and I’m so looking forward to the show.

What do you hope people take away from coming to the gig?

I want to send the message that women can do or be anything they want to. The music industry is very male-dominated and I want to highlight all of the amazing women in it and encourage others to join in the fun!

I want to drive home the fact that female is not a genre.

I want people to have fun and have the chance to hear some really great music and hopefully continue to support local musicians.

What artists are inspiring you right now?

There’s lots of great music coming out at the moment, aside from the gig line up, I would say, Wallis Bird, always! Ailbhe Reddy, Bad Bones, Akora, Wyvern Lingo and lot’s more!