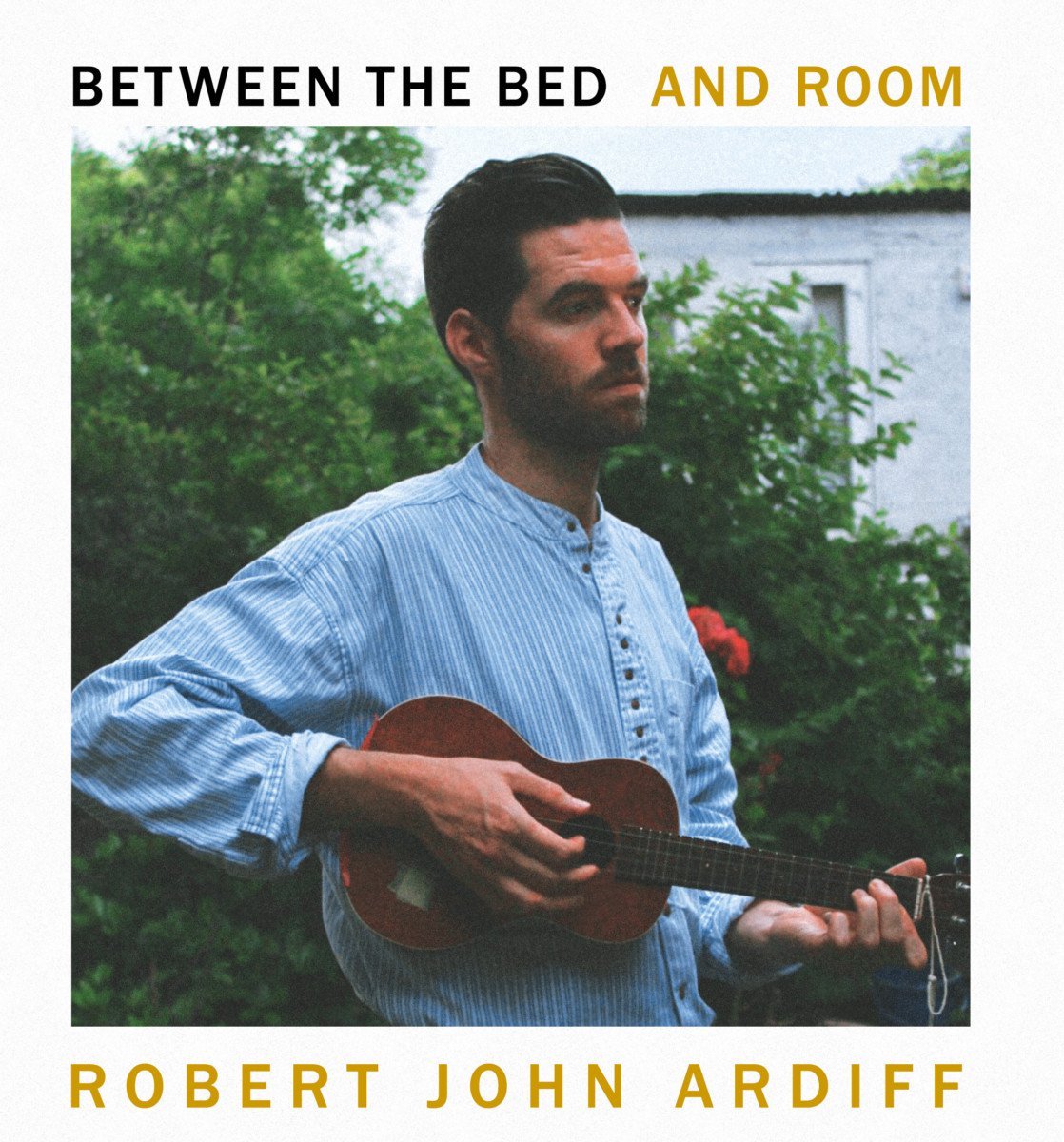 The Last Mixed Tape reviews Between The Bed And Room, the brand new solo album from Robert John Ardiff.

Between The Bed And Room is an expressionistic piece. Taking elements of folk, gospel and alt-pop, Robert John Ariff’s solo offering is a record interested in creating mood, texture and depth.

With its relatively minimalist production aesthetic, Between The Bed And Room lives and dies by Ardiff’s turn of phrase both lyrically and vocally, as well as what the music is doing in those spaces between. ‘The Fall’ exemplifies this dynamic. A simple picked acoustic guitar accompanies the songwriter’s soulful vocal, which pays particular emphasis on certain words, and each word itself is punctuated by washing howls of texture.

Drawing from this “less is more” ethos, the engrossing indie-folk aesthetic of the album is remains cohesive throughout. Never deviating from this approach, Between The Bed And Room settles nicely, although the intensity does change. ‘Crawl Out Of Your Hole’ and ‘Magpies and Crows’ both build and contort into something different, using the stark sound of the record to slowly change over time in an organic way. While ‘Paint Your Nails’ is Robert John Ardiff at his most raw, and where the soundscapes that underscore the LP are at there most captivating.

There can be no doubt Between The Bed And Room is a personal record. Everything about how the album sounds portray an introspective almost isolating outlook. It feels intimate, a sort of catharsis wrestled with through song. Sometimes allowing yourself to be exposed as a songwriter is a daunting task, one not all artist can pull off, but here Robert John Ardiff simply allows himself to express that which he desires to express, either consciously or subconsciously. All of which results in an honest self-portrait of a songwriter.

Between The Bed And Room by Robert John Ardiff is out now.