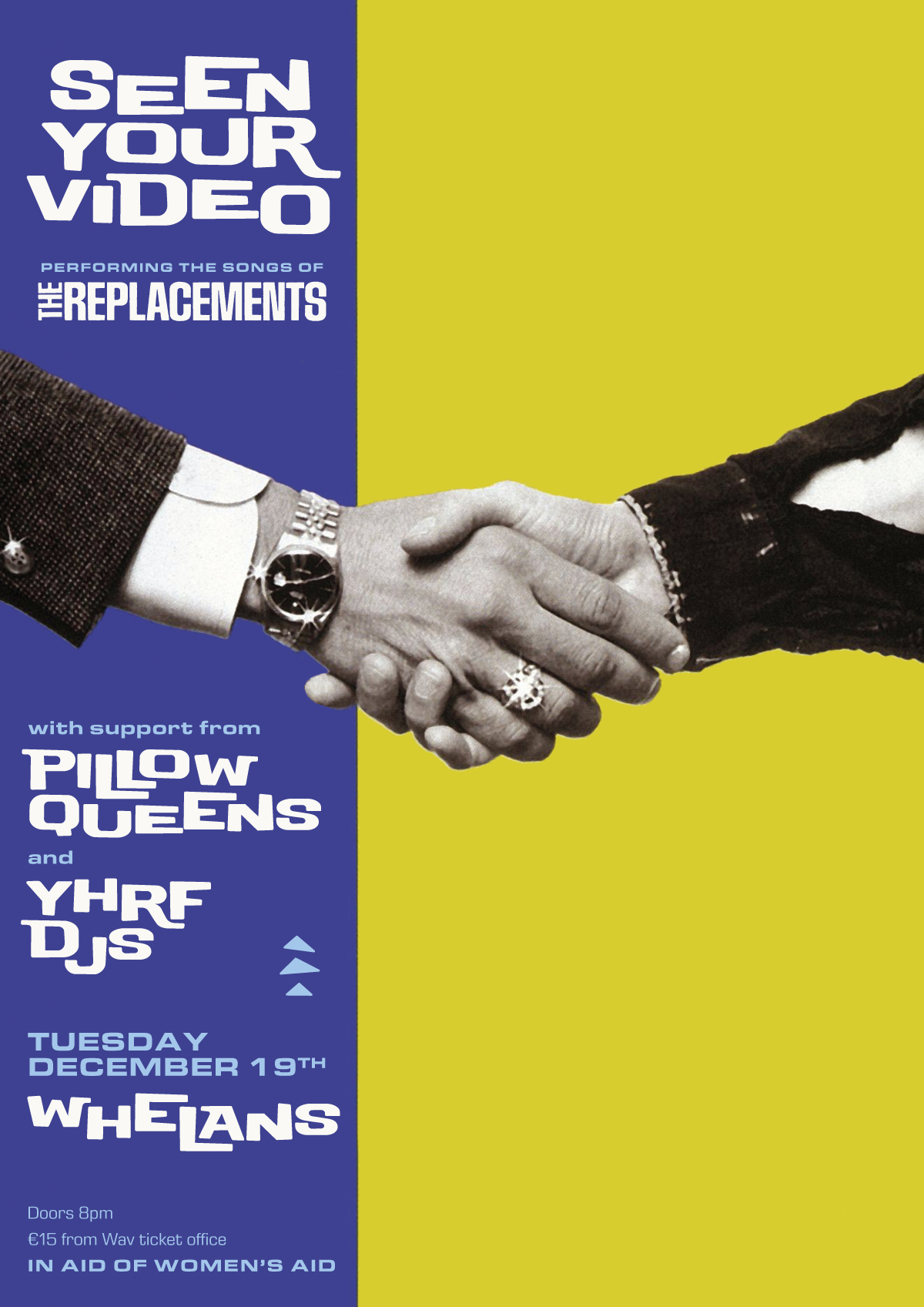 James Byrne, musician, and Any Other City record company owner speaks to the Last Mixed Tape about his band Seen Your Video, a tribute band to the Replacements who play Whelan’s tonight (December 19th) in aid of Women’s Aid.

“It’s a thing I bond with all my friends. Music is a good indication of people” James Byrne muses on how he and the rest of Seen Your Video, a tribute act to American alt. rock act the Replacements, first got together. ” Originally it was gonna be myself and Tony, we actually bonded over the Replacements when we first met. Then Danny (Snow), Conor (O’Brien – Villagers) and James (Vincent McMorrow) are both big fans too, as is Peter (Toomey), who used to sing the immediate. They all loved them too and were just let’s just do this”.

“Getting Peter back on stage was one of the secret reasons we did it, he’s such an incredible presence. To get him up there, and for people to see this performer in front of them is great. Even with James and Conor, who have their own projects and careers, Seen Your Video is something chill that they can do away from that. And that’s the rule of it, it’s for fun and raising money for charities like Women’s Aid.” he concludes.

Speaking about how he first got into the Minnesotan band and how they impacted his career, Byrne comments: “I was mostly into hip-hop, but at some point when I was around 15 I wanted to get into more guitar-based music. There was this book called ‘Our Band Could Be Your Life’, it covers all the indie underground of the US in the 80’s/90’s and the best chapter is about the Replacements, and it’s heart-breaking to read.”

“They frame themselves as these loveable losers but they were actually immensely talented” he continues. “A lot of people look back and say they never fulfilled their potential and made they made four of the best albums of that era.  The Replacements were the ones that just changed everything for me. They do everything I want out of a band”

That love of the Replacements, helping others and simply enjoying the music you play is what’s at the core of Seen Your Video. “It’s about playing fun music that you love with your mates” James reflects. “Having this band that unifies us all, a meeting place for us all to come back to no matter how busy we all get.”

Tickets to Seen Your Video are priced at €15 via whelanslive.com with all proceeds going towards Women’s Aid womensaid.ie. Doors are at 8pm, support from Pillow Queens and YHFR after-show DJ set.