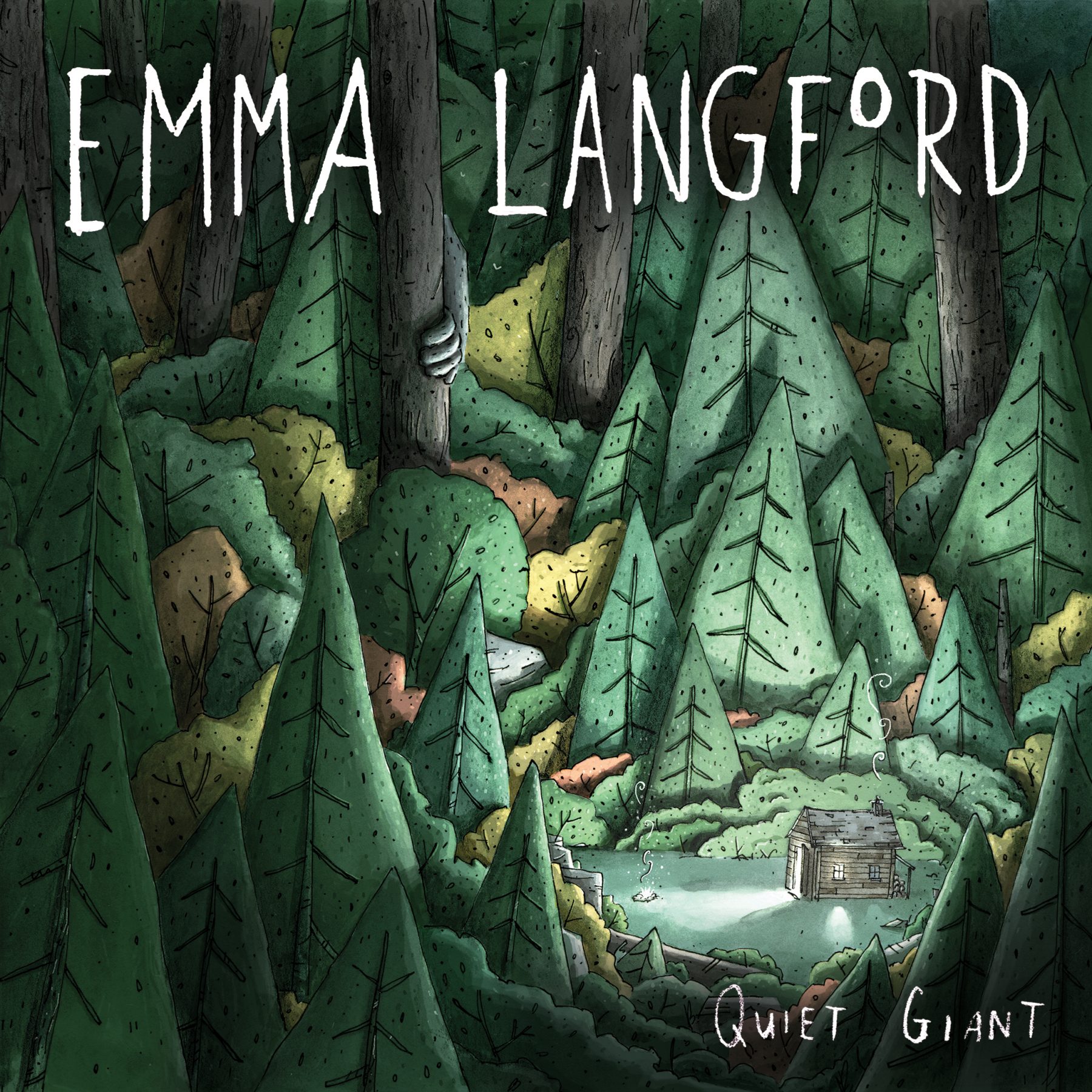 Much like its title would suggest Quiet Giant is a rustic, soft-spoken album with a hint of size and weight to it. A debut offering from Emma Langford, the album twinkles with just enough style and sense of self to separate it from the pack.

Quiet Giant eases itself in with the warm production of its title-track, washes of cymbals chime while scratches of strings weave in turn creating a world for Langford’s conversational vocal to exist in. Setting the scene and style of the record from the get-go, songs like ‘Sandman’ and ‘Bear This Child’ fall nicely into place within the inviting overall sound.

And while Quiet Giant can feel static at times, the inclusion of trad elements and more up-tempo moments such as ‘Closed Book’ and ‘6 Foot 4’ keep the album from falling too far down the soft and gentle route, whilst adding another dimension to the over-arching sonic structure of the record.

The album’s centre-piece is ‘The Belle and the Ruin’, clocking in at four minutes the track showcases Emma Langford as a storyteller. With the music taking its cues from the lyrics and central vocal performance, the dynamics of the song are led fully by Langford with each word pushing and pulling the band, all of which makes for Quiet Giant’s high-water mark.

Quiet Giant is by no means a drastic re-imagining of the trad/folk genre and certainly plays things a little too safe in terms of its production, however, there is enough charm in Langford’s vocals and songwriting to pull it all together in the end. A solid first outing from Emma Langford Quiet Giant establishes her as a new storyteller on the scene.

Quiet Giant by Emma Langford is out now.