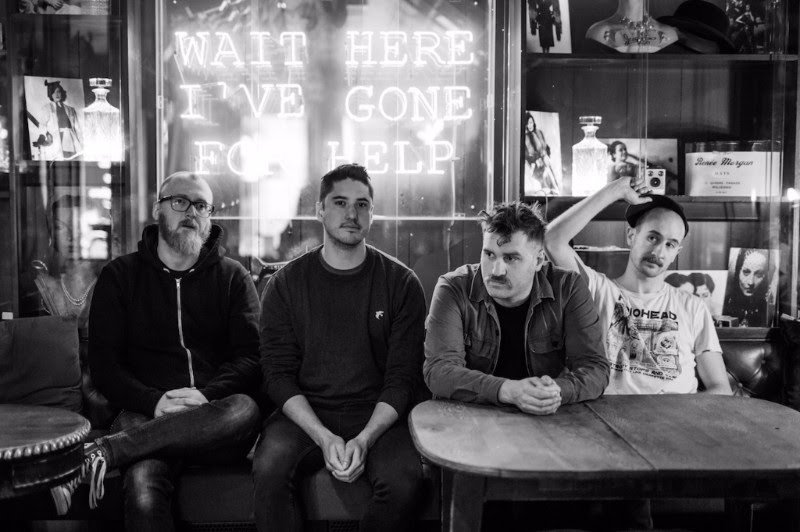 The Last Mixed Tape picks out some of the stand-out tracks from August 2017 including Lilac Glass, Montauk Hotel, ASIWYFA, Rews & more.

Montauk Hotel – Sense Of Place
What TLMT had to say: “Taking influence from the likes of U2, the Smiths and even a hint of Roxy Music, Montauk Hotel’s vividly portrayed, sonically lush take on the indie-pop genre works in stark contrast to other acts going down a more D.I.Y/lo-fi route, setting the band apart from the pack.”

Lilac Glass – Late Nights
What TLMT had to say: “Playing into the themes of a disintegrating relationship; the emotional distance, want and hurt, the interplay the lyrical core of the song and the productions soundscape building work to create something real and lived in.”

Sun.Set.Ships – D_Lay
What TLMT had to say: “The soft synth pop sound of ‘D_Lay’ makes for serene soundscape for the music of Sun.Set.Ships to exist within.”

Elephant – Mirrors
What TLMT had to say: “There can be no doubting the stark sonic sea change of Elephant’s latest offering ‘Mirrors’. Taking on a far more electronic slant than seen before, the track finds the songwriter expanding his sound palette beyond the more serene dream-folk music of previous singles like in a way that is unexpected and brave.”

Ivan Nicholas – Moving On
What TLMT had to say: “Part Arcade Fire bombast and part the War On Drugs driving alt.rock, Ivan Nicolas’ latest offering ‘Moving On’ centers itself around a persistent punching backbone that cuts right through the textural middle ground of the music.”

Slow Place Like Home (feat. Fergal McKee) – Echoes
What TLMT had to say: “Featuring Whipping Boy’s Ferghal McKee on guest vocal, the dreamlike vibe of ‘Echoes’ is an immersive one.”

Hvmmingbyrd – Gozo
What TLMT had to say: “Backed by a highly stylized electro-pop production that creates a deeply seated atmosphere around Hvmmingbyrd’s music, the group’s latest offering creates a more expansive take on what has come before.”

And So I Watch You From Afar – A Slow Unfolding Of Wings
What TLMT had to say: “Opening with a large-scale blast of clashing melodies, rhythms, and textures the first glimpse into ASIWYFA’s next full-length album showcases the wide range of dynamism and musical craft that goes into the group’s sound in under four minutes.”

Seamus Fogarty – Carlow Town
What TLMT had to say: “A truly inspiring sonic palette occupied by Fogarty’s vivid songwriting and strong bodied voice, the single is singular in its sound and highlight just how the genre can be turned on its head with enough invention.”

REWS – Shine
What TLMT had to say: “The comparisons to Royal Blood will be inevitable, but Rews bring more of themselves to the table with ‘Shine’, making the pair a definite one to watch in the coming months.”

Tebi Rex X Elkin – She Hated Love Songs II
What TLMT had to say: “a heartfelt slice of R&B that melds both groups music under one cohesive production that glides from charming to harder hitting in an instance.”

Ryan Kelly – G.O.N.E
What TLMT had to say: “A subtle new single from Ryan Kelly, the piano led ballad ‘G.O.N.E’ builds itself around a rising atmosphere of alternative-pop and rock flourishes to create an intimate but no less ambitious sound.”

Autre Monde – Village Of Loomers
What TLMT had to say: “Set to a slow trudging tempo, the stark jangled guitars of Autre Monde’s post-indie sound dominate ‘Village of Loomers’.”

Jafaris – If You Love Me
What TLMT had to say: “Supported by beats that move around the changing dynamic moods of the song itself and given further by Jafaris’ own heartfelt vocal, the single takes a journey from one end to the next that makes sure you never finish where you started sonically.”

A Dream, The Night – Sick Day
What TLMT had to say: ” ‘Sick Day’ pulses with synth lines that carry across both the intimacy and the isolation of that the music evokes. Add to this the softly portrayed central vocal and you have a subtle but effective offering from A Dream, The Night.”

Joey Gavin – Rolf Harris Is A Paedophile
What TLMT had to say: “Delivered with the same jumping indie-pop sound that made his previous track ‘Run’ such a compelling ear-worm, ‘Rolf’ is Gavin’s most pointed and lyrically assertive song to date.”

Pursued By Dogs – Iceland
What TLMT had to say: “Filled with its own sparse atmosphere, the music is complex but given a textural depth by the production’s echoing reverb drenched sound.”

Pale Rivers – West Point
What TLMT had to say: ” it’s the great dynamic swells within the production and performance of ‘West Point’ that makes Pale Rivers sound so attention grabbing. Giving us enough repose to allow for the louder moments feel more impactful, the emotional backbone of the song is translated sonically.”

Fehdah – Kathmandu
What TLMT had to say: “This big melting pot of genre flourishes (afro-soul, R&B, jazz, electronic) and sounds runs right through tracks like ‘Money’ and ‘Kathmandu’, highlighting just how deeply Fehdah has absorbed the music that influences her as an artist.”