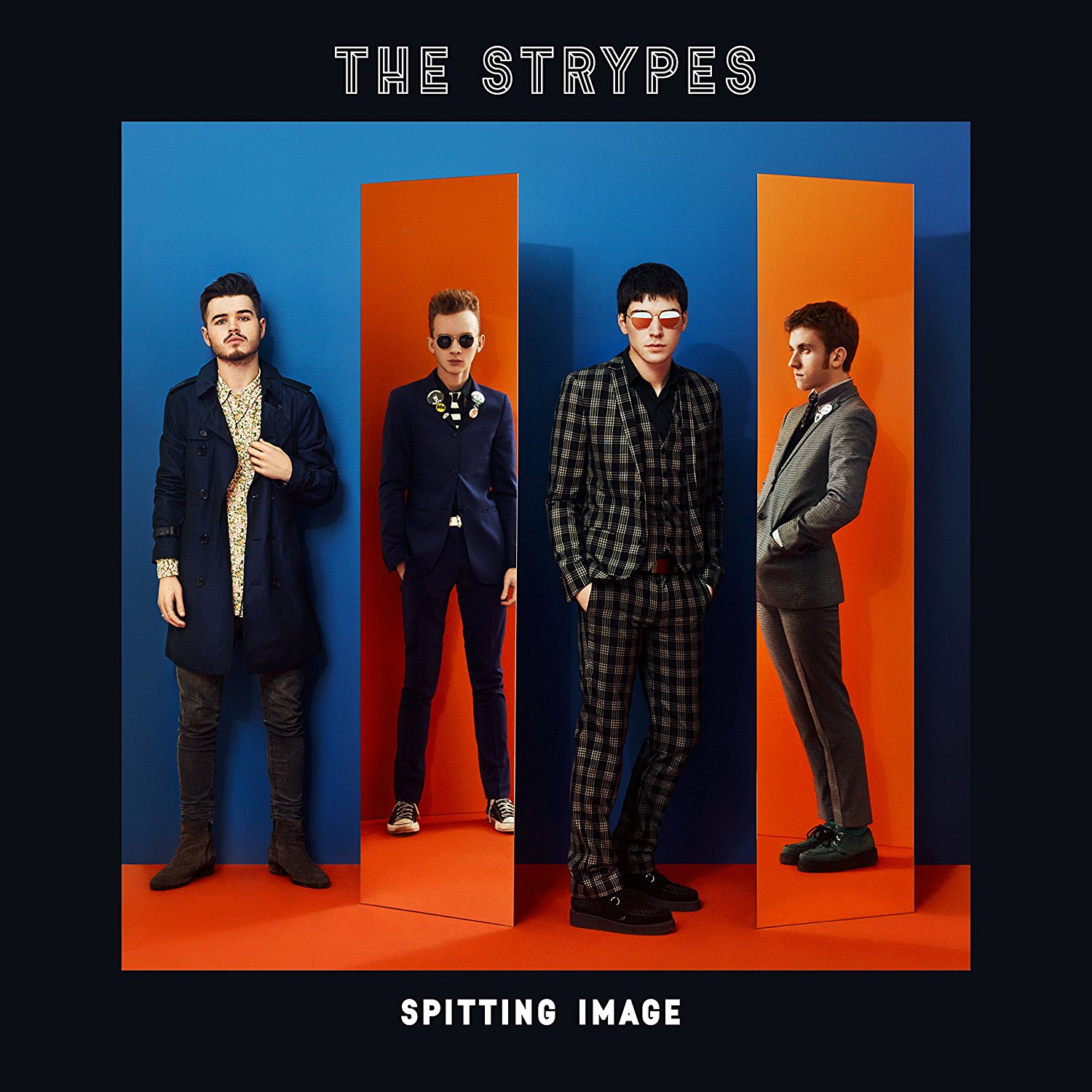 If the Strypes debut album Snapshot was a 1960’s blues-rock throwback than the group’s latest effort Spitting Image sees the Cavan natives moving into the late 70’s/ early 80’s mod revival scene, perhaps in four or five records time they will make something with an air of modernity. But for now, we are left with a solid, if not a little unremarkable, ode to early punk/new wave.

And Spitting Image is impressive at times. The Strypes have always been a tightly honed band, songs like the opening pumped-up punk of ‘Behind Closed Doors’ and the harmonic fueled blues of ‘A Different Kind Of Tension’ perfectly capture the ferocity of the group’s live sound, a feat few band’s fully pull-off.

The songwriting too is particularly good. The Strypes have a handle on the concept of “less is more” in rock ‘n’ roll and produce fast, no frills music with ease. The jangled ‘Get Over It Quickly’ and ‘(I Need A Break From) Holidays’, are short sharp shocks of songs while the longer Bo Diddley-styled (with a hint of the Who’s ‘Magic Bus’) ‘Oh Cruel World’ holds the attention despite its running time of over five minutes.

The Stypes are a band with the ability and position to make something great. From their live presence (if you haven’t been to a Strypes gig then make it your mission) to how lean/to-the-point their songwriting is, the foursome have all the pieces they need. However, Spitting Image feels like the band is spinning wheels at this point. Delivering yet another “throwback” record  (albeit from a different era) seems like a waste, and furthermore, leaves them sounding like just another by-the-numbers rock ‘n’ roll band (which they aren’t).

Years ago, I remember watching an interview with Jon Lydon where he accused modern punk bands of “copying granddad” whilst urging them to take the punk ethos and do something new with it. Modern rock ‘n’ roll is suffering from the same problem, so perhaps it’s time for the Stypes to take the bull by the horns and bring the music they so clearly love into the 21st century because if anyone can do it, it’s them.

Spitting Image by the Strypes is out now.