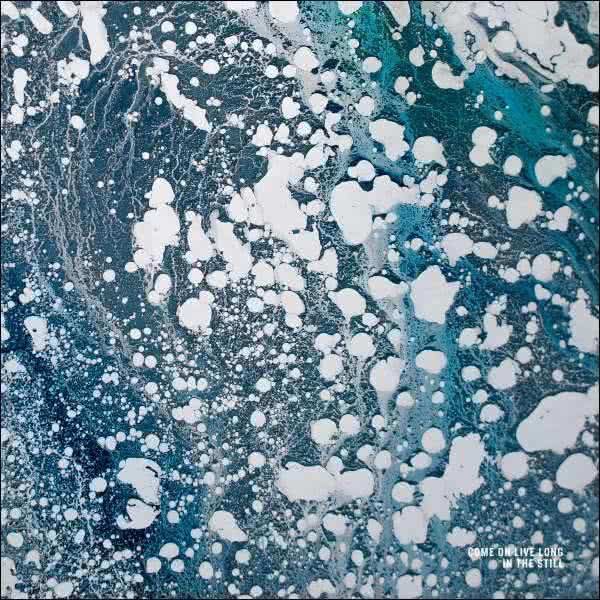 The Last Mixed Tape reviews In The Still, the brand new studio album from Come On Live Long.

In The Still is an album built from a clear sense of space and depth. A quietly ambitious record, Come On Live Long’s sophomore outing is cast across a great widescreen production, populated by echoing beats and reverb drenched vocals, and punctuated by large jolts of dynamism. All of which works to move the group’s electronic alternative-pop sound forward in the years since Everything Fall.

The entire approach of In The Still can be best characterised by the opening slow fade-in of ‘Sum Of Its Parts’ that gives way to a gently grooved drum beat and icy vocal interplay from Louie Gaffney and Robert Ardiff. Dotted by sudden washes of fuzzy synths, the music of Come On Live Long (and in In The Still) relies on the push and pull of expectation.

And, as if to further set this tone, the album’s title-track immediately follows suit and settles the overall sonic tone whilst also adding a slight R&B flourish that threads its way to the much more bombastic neo-soul and big choruses of ‘Bones to Break’. Again, this is Come On Live Long using dynamic peaks and troughs, not just within the songs themselves but in the overarching running order of the record.

With these spacious soundscapes set as a backdrop to the entity of In The Still, Come On Live Long weave enough colour into the foreground to ensure the album never feels too empty. Whether it be the Jeff Buckley-esque ‘My Love Leaves’ or the moment of deeper repose that is ‘For The Birds’ there always slight augmentation to keep the listener hanging on.

An expansion on what has come before, Come On Live Long’s In The Still is a more self-assured take on the alternative-pop reaching of Everything Fall that provides several stand-out moments and a wholly satisfying sonic journey overall.

In The Still by Come On Live Long is out now.