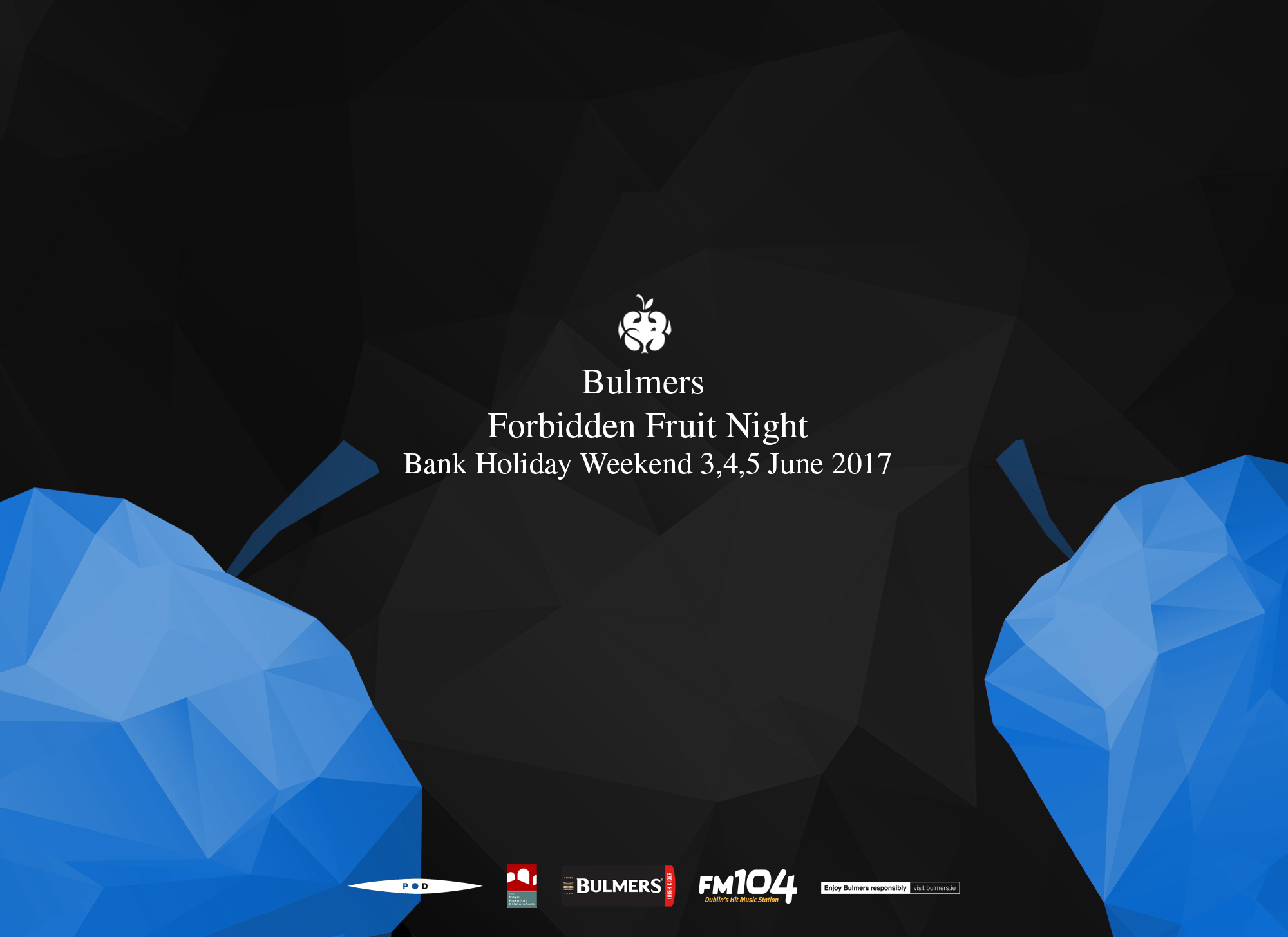 The line-up for Forbidden Fruit 2017 by Night has been announced and includes Booka Shade, Hot Chip (DJ set) plus much more.

Following the daytime festivities in the Royal Hospital Grounds of Kilmainham, Forbidden Fruit 2017 will move into several venues across Dublin’s City Centre for the Forbidden Fruit by Night after-parties. See below for line-up and stage details.

AFTER PARTY TICKETS ARE ONLY VALID WITH FORBIDDEN FRUIT FESTIVAL SATURDAY, SUNDAY OR MONDAY TICKET OR WEEKEND WRISTBAND.

TICKETS ARE AVAILABLE ONLY ON THE FESTIVAL SITE ACROSS THE WEEKEND

NB: you need to also have a Forbidden Fruit Festival wristband for the relevant night or a day ticket in order to get in.

We’ve got the Forbidden Fruit After Party Bus on the go! We have 1 bus each night, leaving Kilmainham at 11:00pm sharp and bringing you down to the heart of Forbidden Fruit Night.