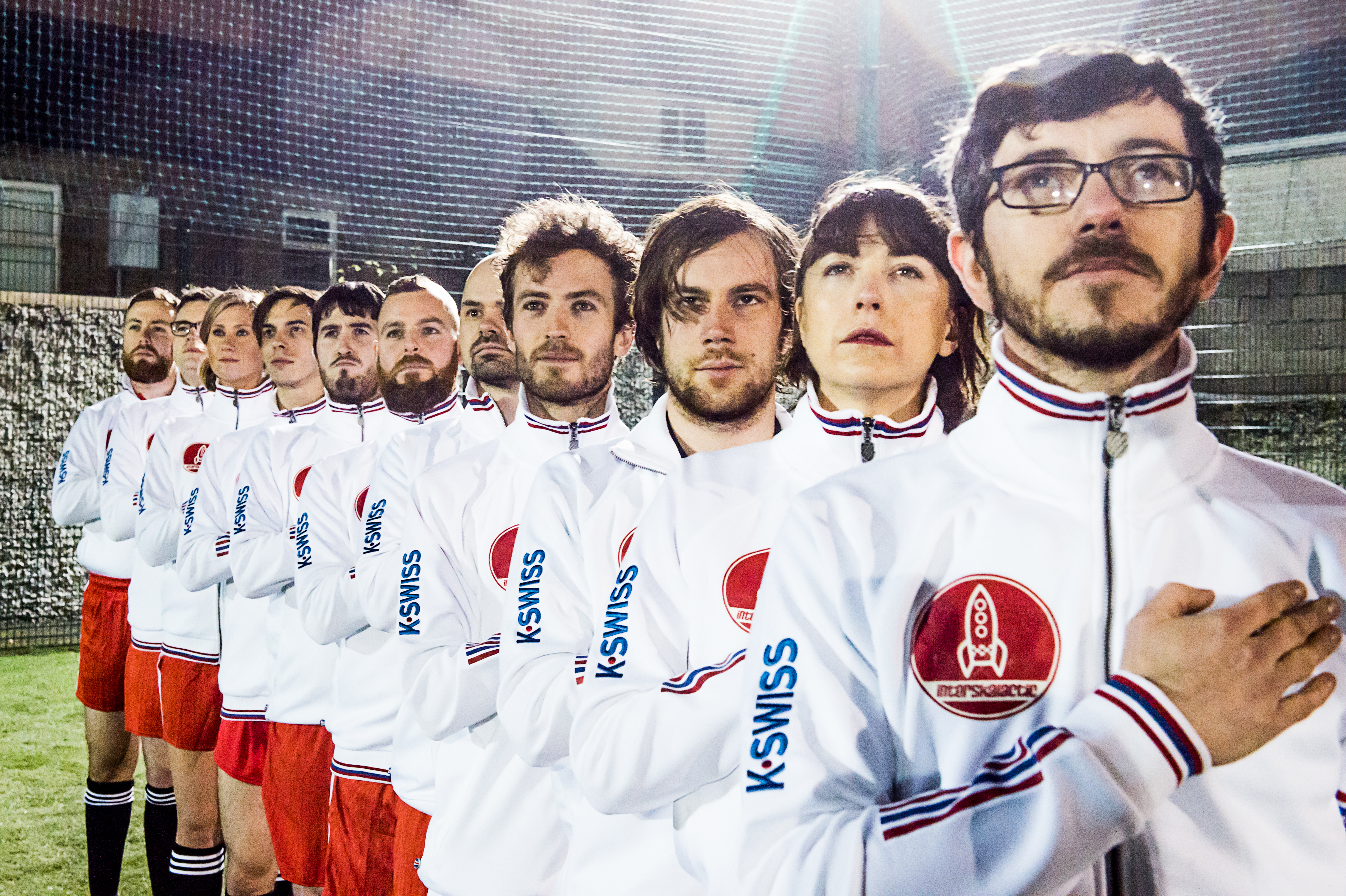 Dublin ska group Interskalactic will celebrate the release of their self-titled  debut E.P. this Friday lunchtime with an out-store performance outside Tower Records. Ronan from the band recently took the time to answer TLMT’s Q&A.

As a band, what is influencing you at the moment?

Right now we’re all really excited about getting our new originals out to the masses! After a few years playing the classics and standards, then moving onto ska-ifying some more contemporary stuff, we started working on our own sounds and writing our own music (while still trying to keep the old school, first wave ska feel). We’re proud of where we’ve gotten so far and looking forward to seeing where it takes us next!

Picked up a record of called “Return of Gringo!” by “Prince Fatty / Mutant HiFi”, released on Mr.Bongo. They describe it as “A surf/ska/spaghetti western soundtrack album for a film that is yet to be made.” It’s pure class, dripping with old school ska sounds but really well produced. Well worth checking out.

What song or artist do have on repeat the most at the moment?

Delroy Wilson’s track “I Want Justice” has been getting a lorra plays recently. I think it’s from his album “Dancing Mood”? We added it to the set recently after our sax player Mason found it on a Studio One compilation and brought it into a rehearsal, it’s a blower!

You release your self-titled E.P. this Friday. Tell us about how the record was written?

We don’t really have a definite process to be honest!

Some tracks like Foreign Legion, Full Moon Ska and R.O.T.O.E.M. started as ideas that Chris, Alex and Ruth will have come into rehearsals with, which we’ll then work on them as a band with the visionary calling the shots. On the flip side Sneaky G was a collaborative effort by the whole group which we put together during a weekend away in Carlingford. We shlepped all the gear up to a house and spent 2 days solid playing music, good laugh and got loads of work done.

We’re lucky to have so many great musicians in the band, all open to trying stuff out with nobody being too precious about putting ideas forward. It makes for a really fun environment which I think really comes across both in the E.P. and during the live shows.

You’ll also embark on a pre-summer tour next month. Are their any songs from the E.P. that you look forward to or enjoy playing live in particular?

I can’t really pick one out in particular! There’s a good eclectic mix in there from a Ska perspective… Clad in Gold for the vocal harmonies Ray and Tim have going on. R.O.T.O.E.M. is a nice up tempo track, gets the blood flowing ha. The brass get a good workout in Sneaky G and Foreign Legion which is always great for the listener and we turn up the swing with Full Moon Ska, which is great from a percussive perspective!

With the festival season almost upon us, what do Interskalatic have planned for the coming months?

I think we’re all looking forward to getting stuck into the upcoming gigs on the tour. We’ve had a great time getting the EP recorded, mixed, produced and mastered over the past while, so now we’re looking forward to getting the tracks out there. We’ve also spent last few months really working on our live set, we think it’s sounding better than ever and are mad keen to get at it on stage!

Interskalactic release their eponymous E.P. on Friday, March 31st and will play Tower Records that same day at 1pm. See below for more tour dates and for the video to ‘Clad In Gold’. Photo credit: Ruth Medjber.