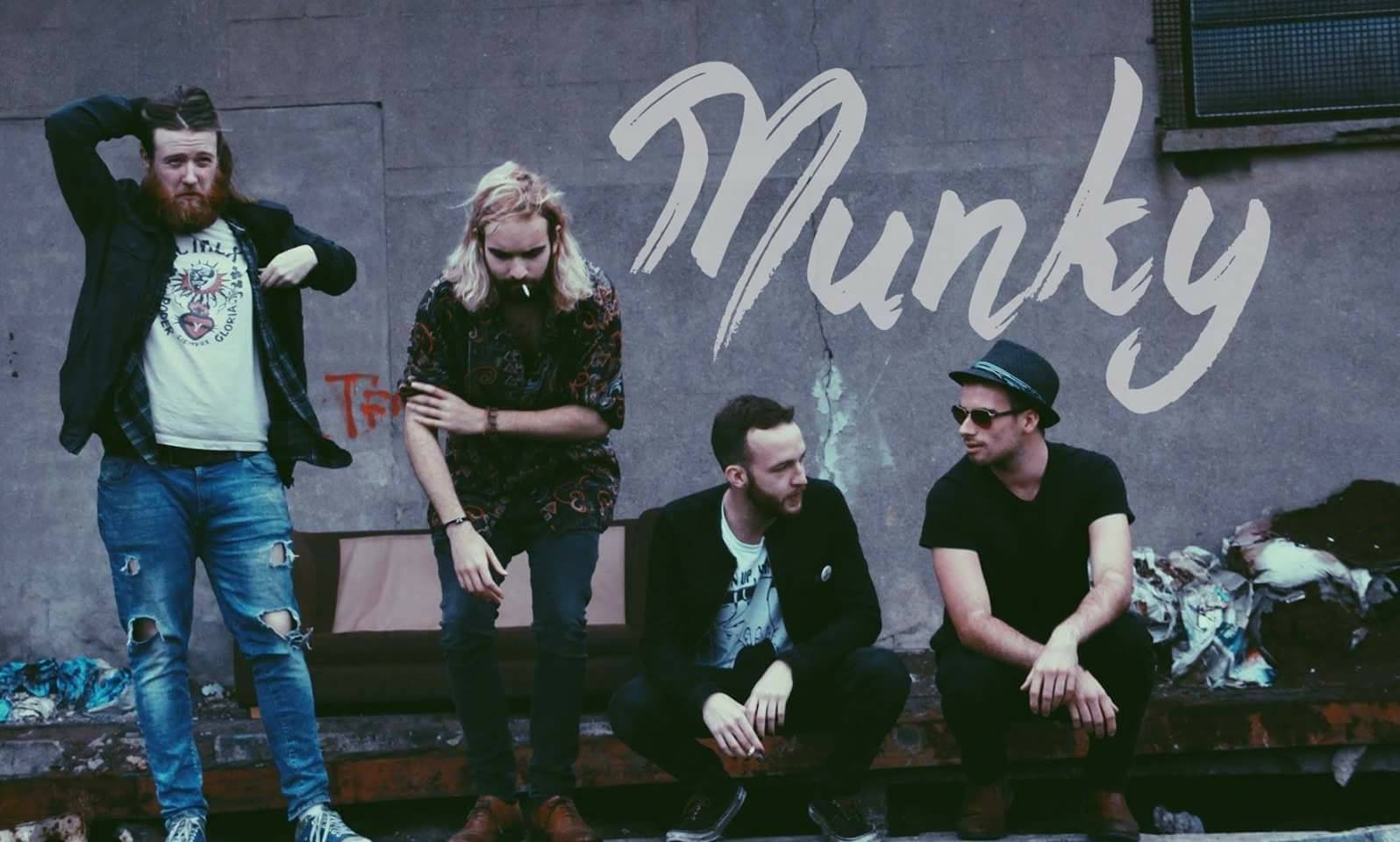 As a band, what is influencing you at the moment?

SAM: “Well there’s a whopper coffee press contraption down in the kitchen of our rehearsal studio, so that’s great. The biggest factor has to be the welcoming reception we’ve gotten from people who have come to see us play and/or listened to our music. When people share our music to their own friends its such a great motivator to keep churning out class tunes, and we’re so grateful to everyone helping us along the way”

Conor: “The last record that I bought was a copy of Jeff Wayne’s, War of the Worlds on vinyl. I fell in love with the crazy odyssey that it is, from the opening sequence narrated by Richard Burton, to Phil Lynotts portrayal of a priest gone mad after the Martians invade the earth. But most of all, I dunno do I have to say spoilers before something that came out over 30 years ago, anyway to whoever I ruin this on sorry in advance, but these all-powerful martians come and take over the world but end up drinking the water and getting sick. So essentially they travel thousands of light years to die of the sniffles. Couple that with just how funky some of the tracks and sounds are and it’s really one that I’m glad to have in the collection.”

What song/or artist do have on repeat the most at the moment?

Zac: “At the moment I can’t stop listening to King Gizzard and The Lizard Wizard. Someone showed me them about 2 months ago and I’ve been hooked ever since, especially since they’ve released 9 albums since 2012 so there’s a lot there. King Gizzard are sort of garage surf rock that veers into the psychedelic but also takes influence from everywhere. The lads musical output is mental and I love it. Like on their last album, Nonagon Infinity, the whole album is an infinite loop, with every song playing into each other and the end ends at the start of the album. It’s banging, hypnotic and groovy and I’m absolutely skaggin to see them live. A song I’ve got on repeat at the moment is Stomp by The Brother Johnson, that tasty-ass baseline compels you to dance.”

You play your Whelan’s this week, how are preparations going for it?

SAM: “Preparations for Whelan’s are going very well. We’ve been training hard the last month, keeping to a strict diet of bananas, and a food so nice they named it twice (CousCous).Niall managed to bang out 6 pull ups the other day and Conor has gone and bought himself a gum shield and shin pads, so were all feeling confident about coming out with a win”

How would you describe your music to people coming to the gig who haven’t seen you before?

SAM: “Like…. a smoothie. Yeah, a smoothie. A big pandemonium of funk master grunge shavings, slices of rock, with a dirty dollop of disco to sweeten the flavor. Imagine you saw a 50-year-old breakdancing. That’s probably a similar reaction you’d have when you hear our music. Yes he’s a little weathered with some sharp edges… but damn that dudes got moves.”

Zac: “We’re gonna keep playing as many shows as we can. We’ve just been gigging in Dublin so far and that’s been going pretty well for us, but there’s a whole other 31 counties out there who haven’t got us on their radar. We won’t rest untill we’ve played tunes or sampled a Guinness from every county. We’re also gearing up for the festival season with a few in talks. Oh and of course releasing more music that’s always fun, we’re working on an EP, its gonna be about exactly 85 times better than Kool and The Gangs Christmas album.”

Tickets to see Munky play Whelan’s tonight are on sale now via eventbrite.ie. Check out the video to their single ‘Hunter Gatherer Blues’ below.