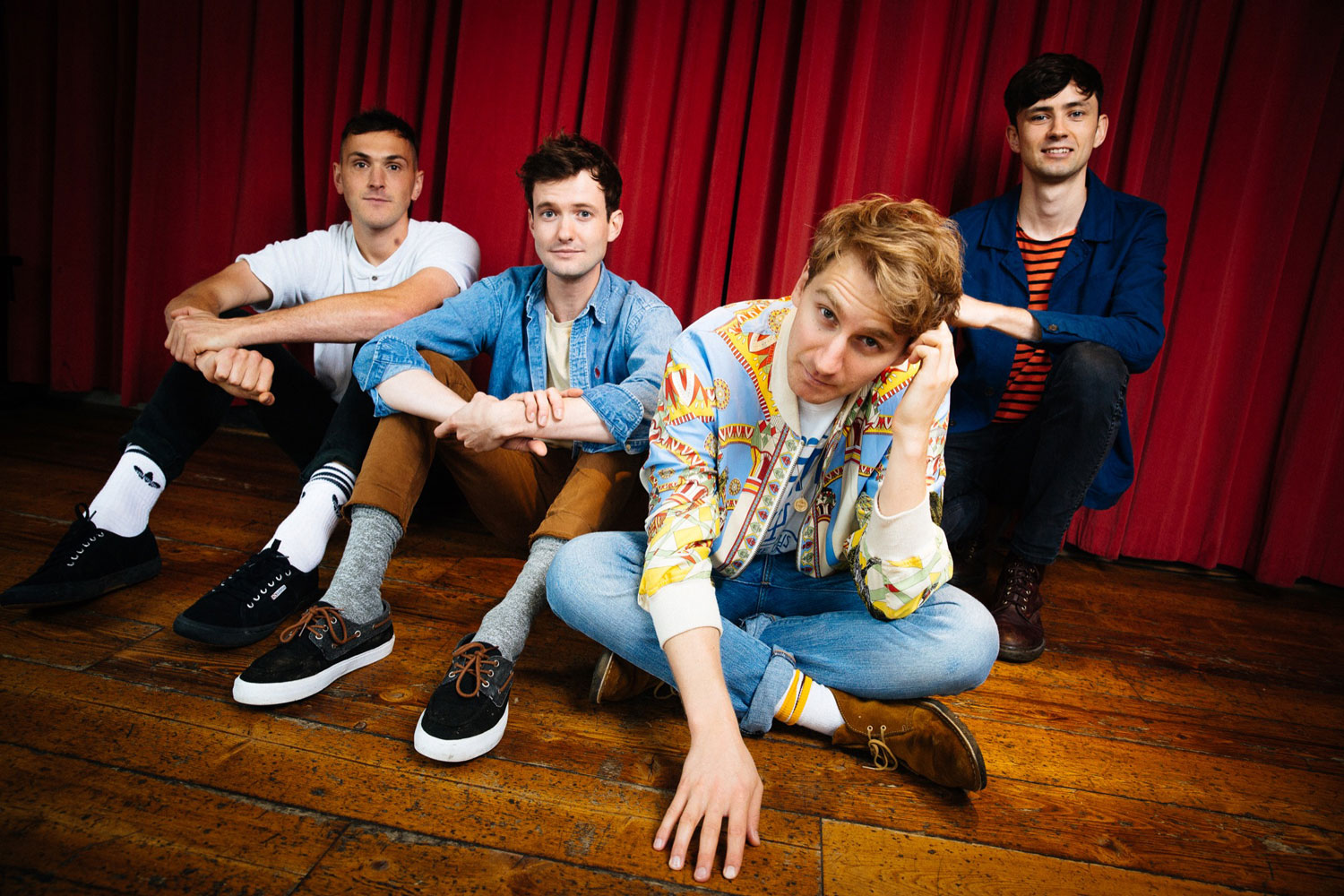 Glass Animals second album How To Be A Human Being will drop this Friday, August 26th. Ahead of its release as well as the group’s Electric Picnic 2016 (September 3rd) and Olympia (October 29th) Irish tour dates, drummer Joe Seaward took the time to talk to TLMT about Glass Animals latest record.

“It was a bit weird by him” Seaward says recalling lead singer Dave Bayley’s idea of using recordings he made of random people and conversations as the basis for How To Be A Human Being’s lyrical themes. “Because Drew (MacFarlane) and myself were kind of doing the same separately. I like to draw people and come up with stories about them. So once Dave came to us with the idea we were totally on board.”

Glass Animals recent touring had led the group to some very interesting places and people, as Joe elaborates. “Touring thrust us out into the world, we were kind of hiding in the studio before. There were so many wild and strange stories coming from people we would meet on the road”.

One story specifically sticks in Seaward’s mind. “There was this guy in New York, a taxi driver. He was driving us to a venue or something, and stopped in front of this club and began talking about when he was a teenager. He was taking this girl he liked out on a date, and his friend and his girlfriend had come along too. They stopped their car outside a diner, when he spotted this man lurking around. He’d seen him at the club earlier that night. The guy came up to them in the car and shot his two friends. But when he turned to shoot him, the gun didn’t go off and he ran away. Turned out that man was the Son of Sam, and was caught a week or so later.”

“Listening to the story we were just stunned” Joe continues. “I didn’t trust a lot of what he was saying all evening, but when he told that story he did it with such clarity. Whether it was true or not didn’t really matter. If it was, it was an incredible story, if not, then why lie about it? It wasn’t the stories themselves, it was the people who interested us”.

Indeed, these stories would also feed into the music of How To Be A Human Being too. “It definitely made an impact. The album isn’t a series of those specific stories really, they’re more inspired by them. So if a character is frantic or wild, then the music would be more urgent as well. Same if it was a slower, the drums and guitar would slow down too.” Seaward explains.

This process as well as the band’s growth whilst touring their debut Zaba makes How To Be A Human Being a very different prospect. “This time around there’s more energy” states Seaward. “We were kind of shy on Zaba, frightened to make mistakes. This record is more powerful, raw even. There’s a lot more space too. Things can get really quiet, then really loud. That’s something we wanted to do with this album. Make the extremes more extreme”.

Glass Animals release ‘How To Be a Human Being‘ this Friday, August 26th and play Electric Picnic 2016 on September 3rd as well as the Olympia, Dublin on October 29th.