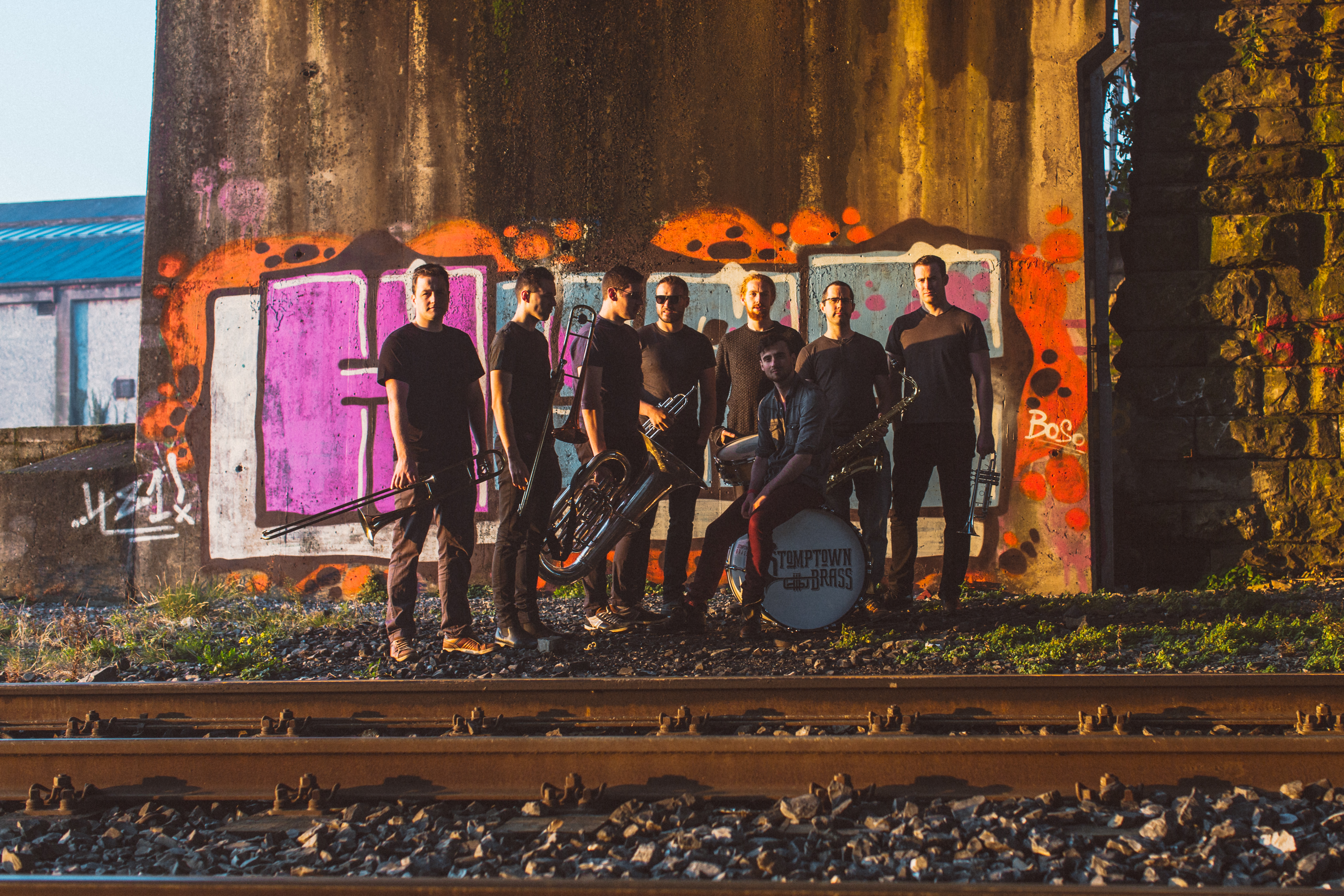 Locomotive is an E.P. concerned with the essence of sound, the incommunicable feeling that music can give us when the right notes are played at the right time, and all the harmonics gather into one whole being.

In this way Stomptown Brass cast themselves aside from preconceived notions (one that I admittedly held) that they are a “festival act”, made only for live performance and not the studio.

With the hot jazz vim and vigor of ‘My Duchess Has A Heart of Gold’, Stomptown Brass show they are students of their influences but are not chained or confined to them. Rolling along with all the forward motion the E.P’s title would suggest and made all the more convincing by big call and response vocals, the song is the highlight in a record brimming with life.

Indeed, throughout Locomotive you can feel the energy and power Stomptown Brass hold over their music. Tracks such as ‘Fury’, weave from large swells of melodically spiraling brass to shuffling rhythm in the blink of an eye. One moment the group are reigning it all in, and the next it’s a full-on tour de force of joyous musical celebration.

Yes, there are flaws (the title track out-stays its welcome by a long margin) but these are heat of the moment type mistakes that are to be expected in debut outings.

Expectations are usually misleading, often giving us a heightened (or ill-judged) opinion of what the truth will be. In the case of Stomptown Brass, I had them and their music wrong. Locomotive is a boisterous carnival of music that comes across fully on record. And given that the group’s subsequent live shows should be experiences in and of themselves. In short, Stomptown Brass have converted a non-believer.