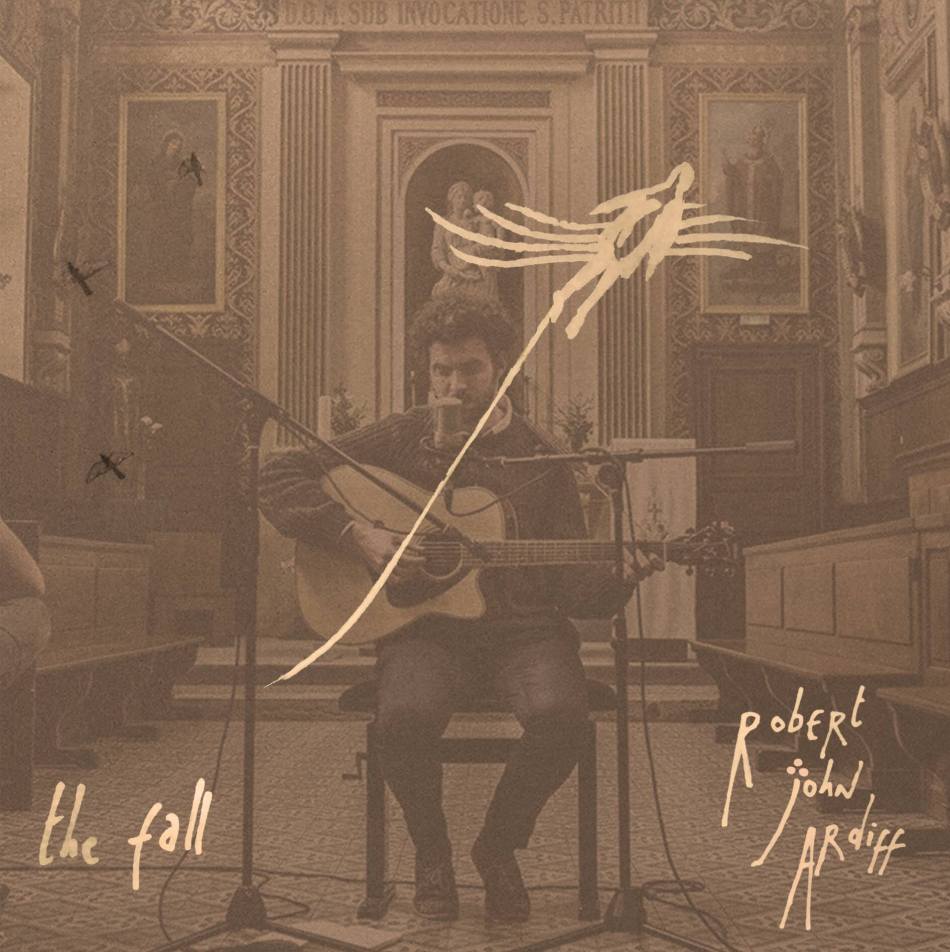 The Last Mixed Tape is proud to premiere The Fall the brand new solo E.P. from Come On Live Long’s Robert John Ardiff.

A record full to the brim with harmonically wrapped textures and soft intimacy, Robert John Ardiff’s The Fall is the kind of music that occupies a defined place and time. The E.P. is a soundscape in and of itself.

The E.P. is a soundscape, and given its Parisian church origins, it’s easy to see why Ardiff’s solo material has such a life of its own.

Recalling how The Fall came to be, Robert says: “I have so many songs bouncing around my head and not all of these go with the Come on Live Long sound. I was playing a show of these songs in a cafe in Paris and afterwards, a guy approached me asking if he could record me. I suggested we do it in a church close to where I was staying, so we snuck in one Sunday after Mass and this EP was born from that.

I recorded a total of seven tracks, three of which are on the EP. All the vocals and guitar were done in the same takes. When I came back to Ireland I showed them to Ken (from COLL) and he suggested adding new textures and that’s what you hear now.”

The Fall – Tracklisting:
1. The Fall
2. While You Were Asleep
3. A Farewell Glass

Robert John Ardiff will launch the release of The Fall with a show at Ranelagh Arts Centre on February 26th.

Click below to listen to an exclusive stream of Robert John Ardiff’s new E.P. ‘The Fall’. The E.P. is out now via bandcamp.