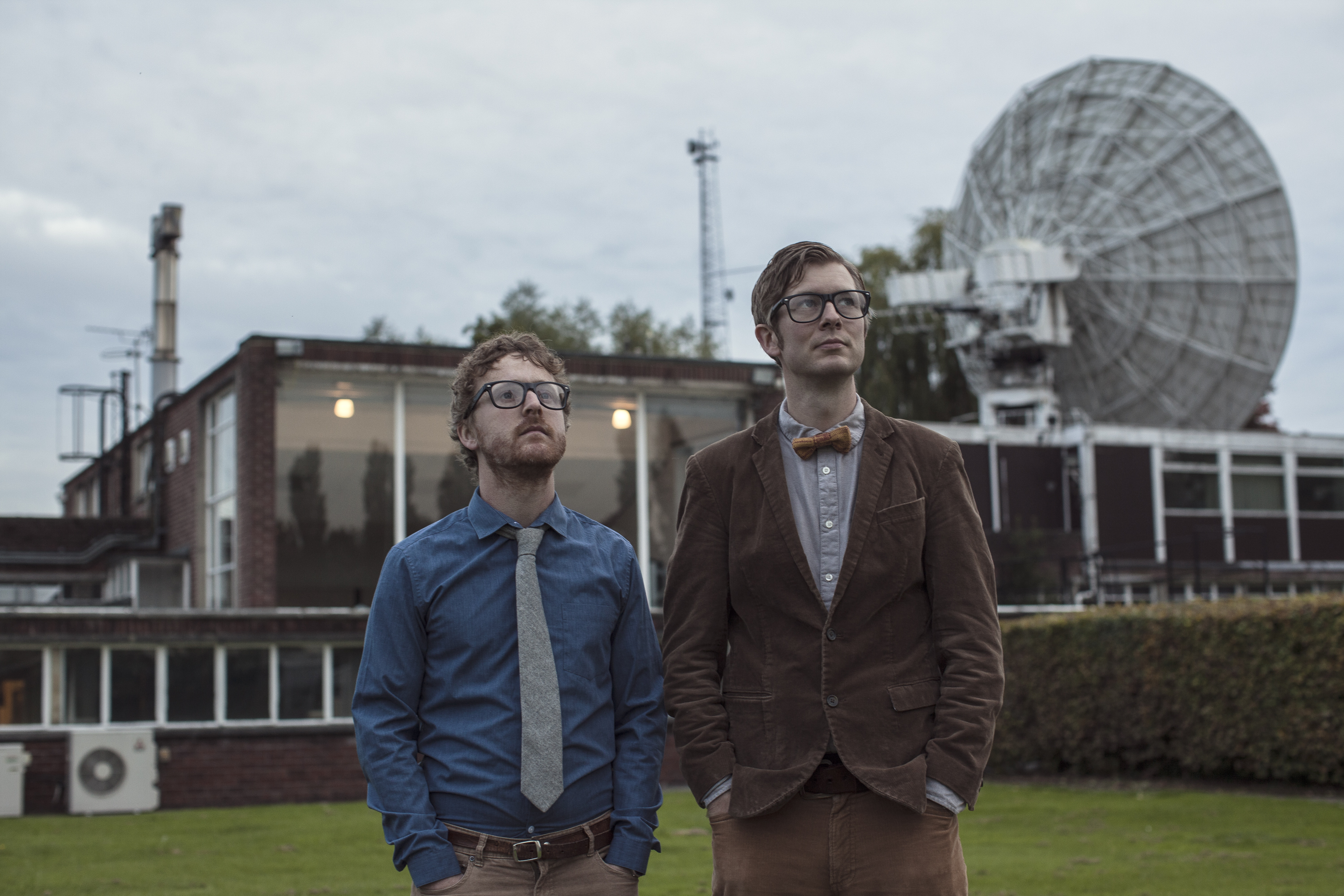 Taken from the London-based art-rock duo’s critically acclaimed sophomore album the Race for Space, ‘Sputnik’ is an epic journey through American and Soviet Space Race via the evocative music of Public Service Broadcasting.

Populated by interspersed found-sound news clips and transmissions, the sound of ‘Sputnik’ mirrors that of the exploration, ingenuity, tension and tactile technology of the era it documents. Synths and beats beeb and pulse throughout the track as the anticipation builds towards its inevitable crescendo.

In turn the video (shot on the anniversary of Sputnik’s flight) showcases Public Service Broadcasting performing the track itself in front of the Lovell Telescope (which was the largest telescope in the world and the only one that could track Sputnik’s carrier rocket) and intercut by shots of the satellite on its historic voyage orbiting the Earth.

Public Service Broadcasting have also announced plans to release a new E.P. on November 20th. Entitled Sputnik/Korolev (pre-order) the record will include the new track ‘Korolev’ and four new remixes.

Click above to watch TLMT’s exclusive Irish premiere for ‘Sputnik’ by Public Service Broadcasting. The song’s parent album the Race for Space is out now.