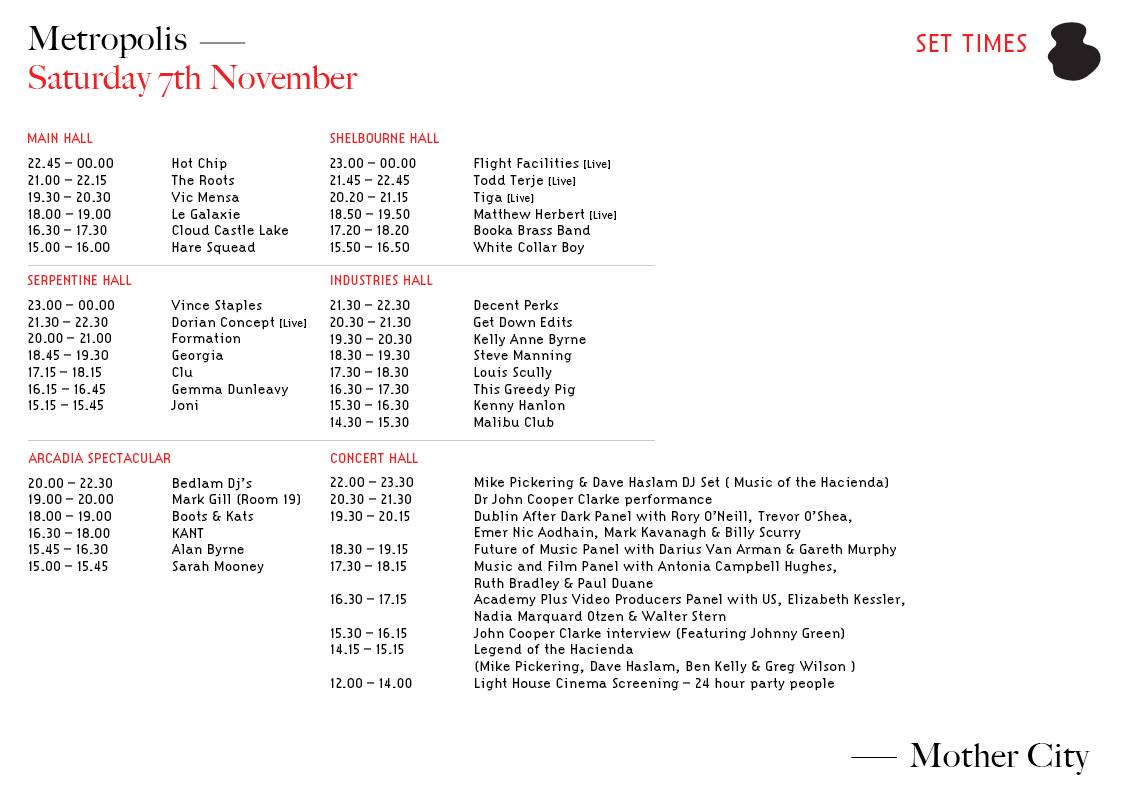 With only days to go until the inaugural Metropolis Festival takes over the RDS in Dublin, the full stage times and line-up running order have been announced.

For the full Metropolis 2015 timetable and artist schedule see below, and for more information on the event itself visit the festival’s official website metropolisfestival.ie.

Day tickets to the Metropolis festival 2015 at the RDS in Dublin (November 7th & 8th) are priced at €79.50 and weekend tickets are on sale now and are priced at €145.50 via ticketmaster.ie and usual outlets.