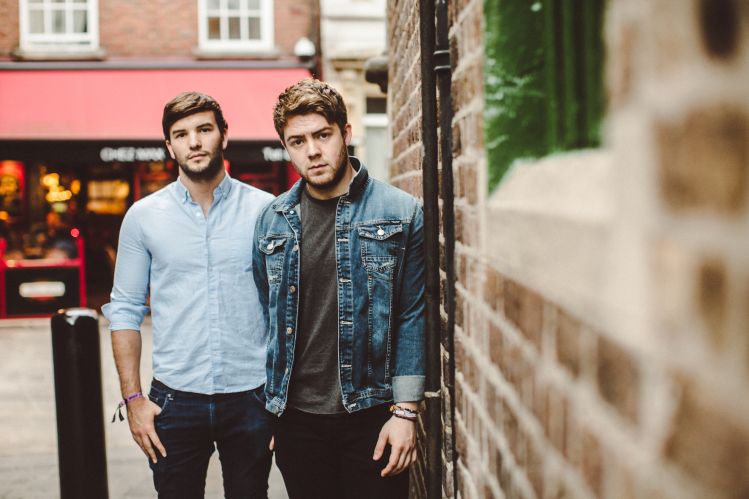 Indie-folk duo Little Hours are set to tour Ireland this winter in support of their latest single ‘Tired’. Following a breakthrough for the band, which included a ‘Song of the Year’ nod at the Choice Music Awards, both John and Ryan took the time to speak to TLMT.

Tell us about your new single, ‘Tired’. How was it written, and what is it about this track that made you release it as a single?

John – Tired is one of the first songs that I brought to Ryan when we started out as Little Hours. We recorded it along with ‘It’s Still Love’ in Attica Studios in Donegal last year.

Lyrically the verses of this song are based a conversation between two people who have found themselves in a worn out relationship. The song is about how easily it is to fall into a routine rather than a relationship.

You’re about to embark on an Irish tour in the coming weeks in support of the single. How have your live shows evolved in recent months?

John – We started out playing shows as a two-piece, Ryan on guitar and myself on piano. Over the past few months we’ve experimented with a band for live shows and tried adding different instruments. It’s really hard to say which we rather. Having the band is great and it was a lot of fun trying new things but we also love the intimacy at the two-piece show.

For this tour, we’ve decided to keep it just the two of us. We’ve put a lot of work into the two-piece set recently. We’ve experimented with new sounds, different arrangements of our songs and also some new vocal effects so there may be a few surprises on the tour! Hopefully good!

Will you be “road-testing” any new material at these gigs?

Ryan – Absolutely. We’ve been writing non-stop for the last while, doing trips over to some studios in London and demoing some new material with Christopher Edwards, a producer from Donegal. We love adding new songs to our set list just to see how the audience reacts to them and it’s a great way to figure out if the songs need to be tweaked. We’ll definitely have a few new songs for the upcoming tour, we can’t wait for everyone to hear them.

You’ve had a busy year since the release of your debut E.P. Where you taken by surprise by just how successful it was?

Ryan – Definitely, to think it hasn’t even been a year since we released our E.P. is crazy with all that’s happened. We were really happy with the songs we recorded for the E.P. but were so surprised when we got nominated for a Meteor Choice Award, as well as getting the great support slots like James Bay, Walking On Cars and Kodaline. We couldn’t have asked for a better start to Little Hours and cannot wait to release some new material.

How was Choice Music Prize nomination as an experience for you as a band?

John – We still can’t really believe that happened. We were nominated for ‘Irish Song Of The Year’ with our single ‘It’s Still Love’. I actually remember talking with Ryan a few weeks before the announcement about how ridiculous it would be if we got nominated, and then we did! It was mental. Being nominated along with the likes of Hozier, The Delorentos, The Script and Kodaline was crazy! The experience of playing the Awards Show in Vicar Street and catching James Vincent McMorrow’s set is something we’ll never forget.

What do Little Hours have planned for the future?

John – Up next, we’ve got our first headline tour of Ireland. We’re playing Dublin, Cork, Galway and Limerick and can not wait! We’ve got lots of new songs that we’re dying to play live. We’re also working towards our debut album so we’ll be doing a lot of writing and recording!

Little Hours will play several headline shows around Ireland this October, including a set in Whelan’s on the 15th. See full tour date details below.

Tickets for Whelans on sale now and will cost €16.50 includes booking fee