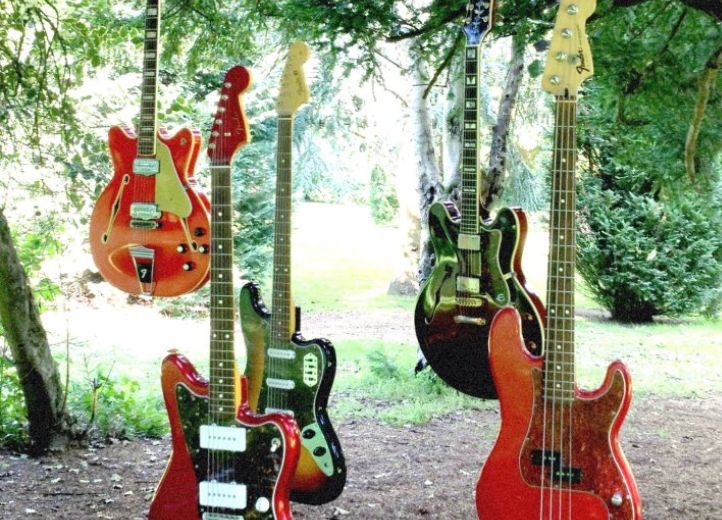 Belfast based drone-pop act Documenta play this month’s Reverberation Psych festival at the Grand Social on Saturday, August 15th. Documenta recently spoke to TLMT about the event, their upcoming album and it’s sound.

You recently finished work on your new L.P. What can you tell us about the album’s sound?

We spent quite a bit of time getting the right sounds for a fuller overall feel on this record which involved aircraft, washing machines and the sound of Saturday night. I think we’ve kept it pretty melodic as well, maybe a bit less starry eyed than our first record but definitely a progression sonically.

Your music has been described as drone-pop, what would you say are the main influences or ideas behind the genre?

Stax Records, The Shangri Las, Lil Louie, Ganja Cru, King Tubby, English minimal psychedelia like Spacemen 3 and The Perfect Disaster and German stuff from the early 70’s. I could go on.

With everything a studio can provide in terms of sound etc, how did the band expand on your drone-pop style for the next album?

The principle recording was done in four days much like the first record then we took a break before mixing, we didn’t want to rush it. We experimented at home quite a bit before going in to finish so we got to stretch our imagination a little but the songs were there you know? We’re constantly learning as a band and this seemed like the next musical step.

In terms of performing live, how has it been getting the new album tracks ready for live shows?

It’s been going good, some of the tracks are quite old so we’re quite comfortable playing them.

You play Reverberation this month. How important is it for the Irish festival scene to start representing the psych/garage genre in their line-ups?

Well promoters are going to put bands on that are popular rather than experimental so I think it’s a moot point but it’s good to see that there is guitar music being made all over this island that’s willing to experiment and challenge the pretty conservative and dull norm. I guess there has been a counter revolution in music that has pushed the weird and wonderful to the margins.

Tickets for L.S.G Promotions & The Grand Social (in association with Heineken Music) present: Reverberation Psych Weekender at the Grand Social this August 14th to 15th are priced at €12 and are available now via tickets.ie.