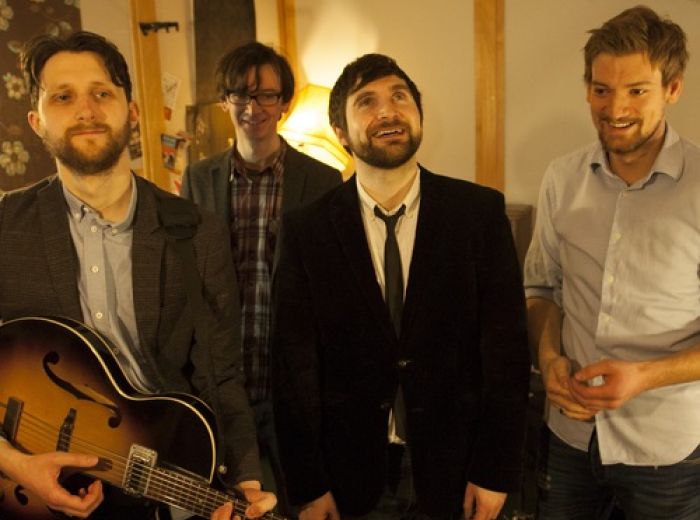 With its surf-rock beat and screeching organ intro you could be forgiven for thinking the Grand Wake’s latest single ‘Suffragette’ is a piece of retro-pop genre blending.

However, from the crunching guitars and insistent vocal it becomes clear that the Grand Wake’s sound is something more modern. sitting inline with the indie and garage-pop inflections of bands like Cave Ghosts, O Emperor or Blades Club.

Filled with vivid production, the track covers a broad spectrum sonically as it jumps and drops dynamically. With each burst of organ and pounding beat leaving an impact, the Grand Wake sound like a band at home with their own music.

The Grand Wake have yet to release an E.P. or album, and are quiet early on in their career, and that is what’s so exciting about them. The have only begun to find their feet, but what they have produced so far is very promising.

Click below to listen to ‘Suffragette’ by the Grand Wake.