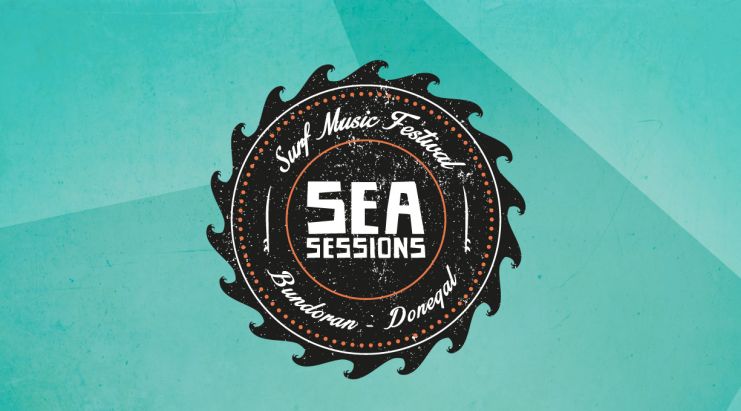 Sea Sessions Surf & Music festival 2015 is set to descend upon Bundoran in County Donegal this weekend (Friday, June 19th to Sunday, June 21st) and with such a strong line-up of local and international acts on show, TLMT has chosen its 10 must see acts.

Stage times and running order TBA. Listen to our 10 track playlist below.

The Minutes – Friday, June 19th
Dublin based rock ‘n’ roll outfit the Minutes will take to the stage at Sea Sessions 2015. The trio are always a full on, engaging live experience.

R.S.A.G – Friday, June 19th
A must see at any festival, R.S.A.G’s visceral mix of sound and vision will make for a compelling set at Bundoran this weekend.

Half of Me – Friday, June 19th
Half of Me returned recently with their brand new single ‘Harbour’ and a marked change in sound. It will be interesting to hear how this shift in sonic direction has influenced their live shows.

Le Galaxie – Saturday, June 20th
There are very few singular gig experience that can compare to Le Galaxie own all out attack on the sense approach to performing. The four-piece will feel right at home at Sea Sessions.

Jape – Saturday, June 20th
Jape’s This Chemical Sea appeared as part of TLMT’s 10 stand out albums of 2015 so far, the songwriter will play Sea Sessions 2015 this Saturday.

The Academic – Saturday, June 20th
Indie-rock four-piece the Academic continue to gathering considerable momentum in the build up to 2015 summer festival season. A group on the ascendency, the Academic’s set at Sea Sessions this weekend will be a must.

Wyvern Lingo – Saturday, June 20th
Alternative-pop trio Wyvern Lingo have earned themselves a reputation of one of Ireland’s most promising new acts, especially after their well-received debut E.P. The Widow Knows. With the band going from strength to strength it seems their live shows are following suit.

Lethal Dialect – Sunday, June 21st
Forthright hip-hop artist Lethal Dialect has the skill, stature and presence that will definitely make an impression on the Bundoran crowd this weekend. A definite must see.